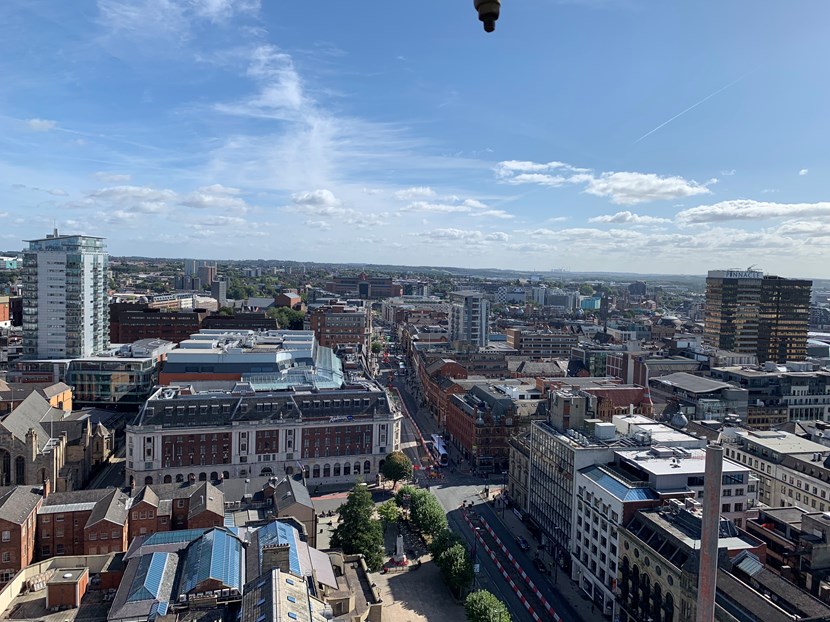 The history of Leeds Town Hall reached a new high point today with the announcement of a major refurbishment project aimed at securing the much-loved building for future generations.

The landmark investment project will see the stunning town hall, opened by Queen Victoria back in 1858, undergo extensive improvement work over the next three years, including the creation of exciting new events spaces and facilities.

One of the city’s most recognisable buildings, the town hall will also benefit from new seating and enhanced sound proofing in the beautiful Victoria Hall, two new bars, a new event space for smaller events, more toilet facilities and a completely new interior decoration scheme for all public areas.

Leeds City Centre Box Office will also relocate to the Victoria Hall level of the town hall and a large, fully accessible reception area will be created.

Funding for the project, which will secure a key heritage asset, will come from Leeds City Council’s capital fund, with some of the costs of the interior refurbishments, including the organ and seating, funded by a public campaign.

Award winning architects Page\Park are now designing the scheme, with work expected to start in 2021. The building is scheduled to reopen in 2022 in time for the Leeds 2023 city-wide cultural festival.

Over the past year, the building’s roof has already been undergoing extensive refurbishment which has included work on the iconic clock tower.

Scaffolding erected as part of the improvement work has also meant that, for possibly the first time since the building opened, access to the very top has been possible, commanding stunning views across the Leeds cityscape.

As part of the roof works, contractors also discovered a plaque put in place by the last people to work on the dome, secured more than 200 feet above ground level and dated around 1861.

Part of the plaque reads: “This dome was stripped and old lead put on after by Herbert Westcombe and Joseph Nett.”

Leeds Town Hall, a Grade1 listed building, was built between 1853 and 1858 at a cost of £43,835 and was designed by Hull-born architect Cuthbert Brodrick.

The initial design did not include a clock tower but Brodrick was asked to add one by civic leaders in Leeds who were determined their town hall would eclipse others nearby.

They later commissioned another Hull designer, sculptor William Day Keyworth, to add four giant lions made from Portland stone on plinths outside the main entrance.

Councillor Judith Blake, leader of Leeds City Council, said: “Leeds Town Hall is not only one of the city’s most popular and recognisable buildings, it’s also a symbol of our history, our heritage and our culture.

“For more than 160 years, this beautiful feat of architectural excellence has stood at the heart of our city, welcoming hundreds of thousands of people to all manner of events and celebrations each year.

“It is absolutely crucial that key heritage assets like our town hall are secured and preserved for future generations and we’re proud to be investing in this wonderful building now and ensuring that it remains part of the story of Leeds for centuries to come.”

In addition to the town hall’s role as a conference venue, weddings, graduations and elections also take place in the historic building.

Matthew Sims, head of arts, events and venues at Leeds City Council added: “Leeds Town Hall is the heartbeat of this great city. It is the city’s great democratic building. The building people turn to for weddings, concerts, citizenship ceremonies, festivals and at times of national significance such as a General Election. This refurbishment will enable this wonderful building to continue to play a major role in the lives of the people of Leeds for generations to come.”

• Roof Refurbishment work on replacing and refurbishing the roof and iconic clock tower of Leeds Town Hall began in October 2018 and will continue until November 2020. The current roof dates back to the original structure of the Town Hall which was completed in 1858.

From Monday 3 June 2019 until September 2019, the Victoria Hall was closed to the public while the roof of the auditorium was replaced. Refurbishments to the Victoria Hall roof includes soundproofing to help eliminate external noise pollution for events.

In keeping with the original design the roof, tiles across the building are being replaced with Welsh slate. The roof refurbishment also includes a restoration and update for the huge chandeliers in the Victoria Hall and Vestibule which feature new LED bulbs which are fully dimmable with colour options to enhance flexible lighting states, and comply with a commitment to the environment.

Capital funding is separate from the annual revenue funding of council activities. Therefore investing in this refurbishment does not involve taking money away from other vital council services.

• PagePark is an award-winning architectural practice undertaking work across the UK from their studios in Glasgow and Leeds. Current projects include Leeds Playhouse and Hyde Park Picture House 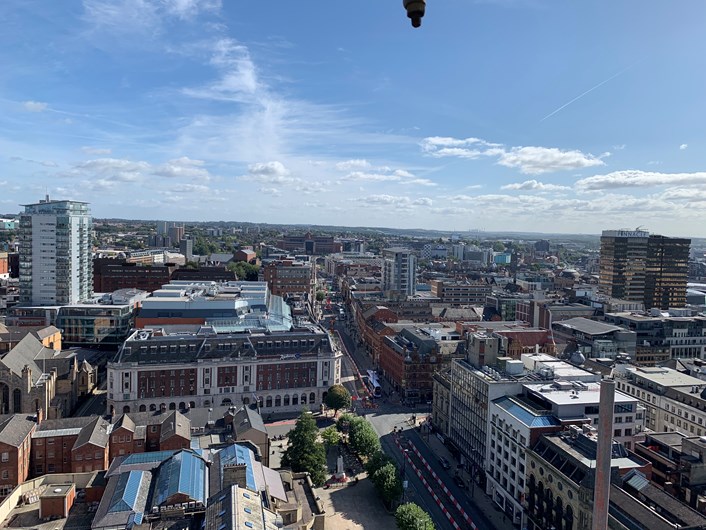