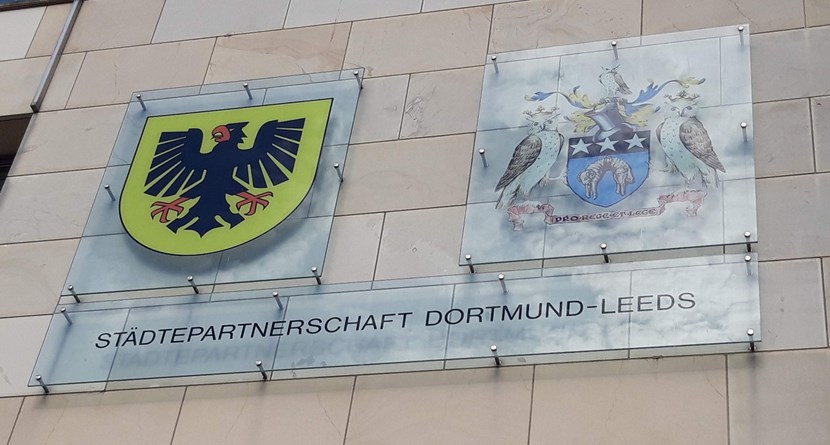 As part of the 50th anniversary celebrations of twinning between Leeds and Dortmund, Leeds City Council is giving someone in the city the opportunity to win both a signed Leeds United and Borussia Dortmund 2019/20 football shirt.

Leeds and Dortmund both have rich footballing histories, and to mark the golden anniversary celebration, the council, along with Leeds United, the city of Dortmund and Borussia Dortmund Football Club, are running a very special competition to win this fantastic prize. The 2019/2020 season also marks the 100-year centenary of Leeds United, in what fans hope will end with the club returning to the Premier League.

To win the signed shirts all you need to do is tell us how many times Leeds United and Borussia Dortmund have been crowned national champions in their respective countries? Send your answers to international.relations@leeds.gov.uk. The competition closes on Monday 16 September 2019 at 4pm and one winner will be drawn at random. Winners must be based in or around Leeds. See full terms and conditions at www.internationalrelationsleeds.blog.

Leeds’ partnership with Dortmund dates back to 1969 when, following the end of the Second World War, cities across Europe started twinning with each other to build peaceful and understanding relationships.

The longstanding link between the two cities has focused on cooperation, peace and citizenship. From choir groups to football fans, the partnership has brought together people from all areas of society. Strong links between the two cities still exist today and recent areas of cooperation include an education cultural project and sharing best practice around the redevelopment of Leeds Station and the Southbank.

To celebrate the 50th anniversary, the leader of Leeds City Council, Councillor Judith Blake, and the Lord Mayor, Councillor Eileen Taylor, will be hosting an official delegation from Dortmund in October.

There will be a series of celebration events during and running up to the delegation visit, including a special choir performance by the Florian Singers and members of the former Leeds Girls’ Choir. The performance will celebrate the longstanding link between several choir groups from Dortmund and Leeds and will take place at Leeds Civic Hall on Saturday 5 October.

Leeds based writer, Peter Stafford, with support from Leeds 2023, has also been working on a writing project called LD50 (Leeds Dortmund 50) which engages professional writers, school children, creative writing students and members of language clubs from both Leeds and Dortmund. The writing exchanges will culminate in a festival at Chapel FM Arts Centre between Monday 30 September and Saturday 5 October.

“Twinning played a vital role in creating links, international understanding and friendship between towns and cities across Europe following the end of the Second World War. These links however are still important today as they provide an opportunity for communities, businesses and local authorities to work together and share ideas across a range of different topics. We are proud to still have a very close partnership with the city and people of Dortmund.

“It’s fantastic that we are able to offer this brilliant and unique prize as part of our golden anniversary celebrations and give fans the chance to win both a signed Leeds United and Borussia Dortmund shirt. This is just one of the many activities we are doing to mark the special twinning anniversary. Best of luck to all those who enter the competition!”

If you have any experiences or memories about our partnership with Dortmund please share them with us by sending an email to international.relations@leeds.gov.uk. Or alternatively you can share them with us on Twitter by using the hashtag #LeedsDortmund50.

For more information about all the celebration events, visit www.internationalrelationsleeds.blog.

Tickets to the choir performance are free, reserve your place by emailing j42douglas@gmail.com or international.relations@leeds.gov.uk.

More information about the LD50 writing project can be found at www.leedsdortmund50.com. 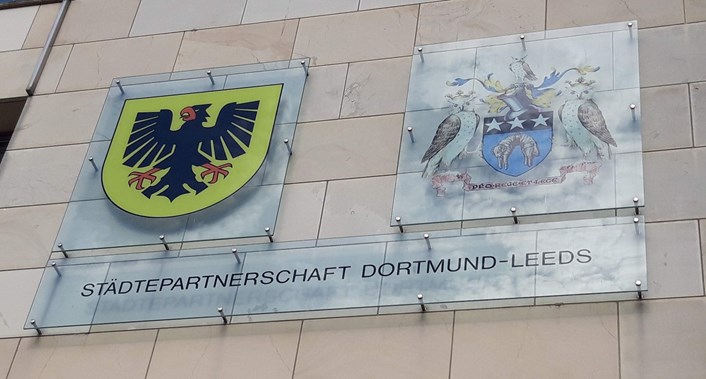