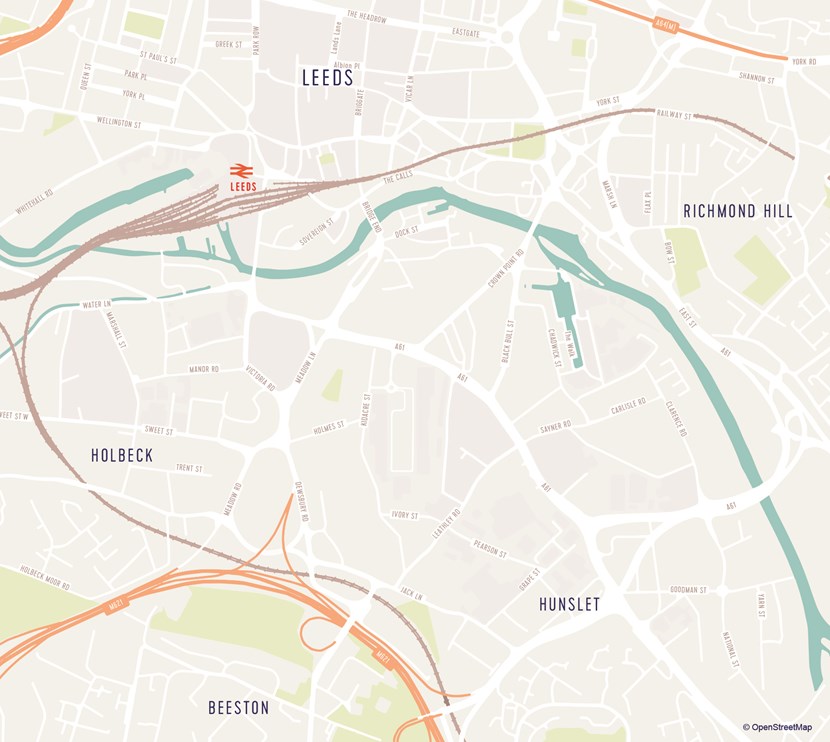 Plans to carry out a public consultation on the regeneration of the South Bank area which would effectively double the size of Leeds city centre will be discussed by senior councillors next week.

At the meeting of the executive board at Civic Hall on Wednesday 27 July, councillors will be asked to approve a three-month public consultation to begin in August on the plans for South Bank Leeds, which is one the largest regeneration schemes of its type in Europe.

The consultation would include a focus on how best to integrate and maximise the opportunities around the redevelopment of Leeds Station for the arrival of high-speed rail, with the station (also now known as the Yorkshire Hub) becoming a key national transport interchange busier than Gatwick Airport currently is.

The public consultation will be seeking views on all aspects of the proposals, including the feasibility of key infrastructure elements such as the use of public spaces, the role of a city park and how best to connect the area with future rail services as part of an integrated transport network.

Covering an area the size of 250 football pitches, South Bank Leeds is of pivotal importance to the future city and regional economy as it will provide more than 35,000 jobs and over 4,000 homes. With an aim to create a leading European destination for living, working and leisure, it will also be home to a new educational hub for over 10,000 students as well as community facilities and leisure attractions to further strengthen connections with surrounding areas and the wider city as a whole.

Its economic attractiveness has already started to be demonstrated with leading companies such as Vastint, Burberry, Citu and CEG committing more than £500million worth of investment into the area in the last year. Planning permissions have now been granted for more than a thousand new homes while the area will also feature a new £125m Climate Innovation District of eco-friendly housing.

A key element of the South Bank plans is the opportunities provided by the redevelopment of Leeds Station to integrate high-speed HS2 and Northern Powerhouse (HS3) rail services with the existing transport network, with the potential to also remodel and transform the areas surrounding the station into major commercial centres and attractive welcoming destinations in their own right. Leeds City Council is currently working with key partners and stakeholders on improvement proposals for the station in the short, medium and long terms.

Cultural aspects such as the use of public spaces and play areas, as well as an innovative approach to architecture and the possibilities provided by the River Aire are also being considered as part of the Leeds bid to become 2023 European Capital of Culture.

“The hugely exciting potential around South Bank Leeds means it is an incredible opportunity to regenerate and transform the area into a vibrant, modern and attractive place to live, learn, work and visit. We have already seen some success in the area with businesses of all shapes and sizes heading there. Further development will help drive job creation for local people for many years to come and will be a massive boost to the city and wider regional economy.

“All of those benefits only happen, however, if we get the plans right and that is why it is vital we get the views from as many people as possible to find out what they think. Integrating and linking the South Bank fully with surrounding communities and the wider city is essential, along with the connections to the transport network and maximising the redeveloped Leeds Station. So we look forward to the public consultation taking place to find out people’s views.”

Full details of the ways the public and stakeholders can take part in the consultation will be confirmed following the outcome of the executive board meeting.

The key elements of the South Bank Leeds regeneration framework, which will be published for consultation next month, include: