Saddle up for celebration of vintage cycling style on TdY weekend

It may not look like the ideal athletic attire for anyone taking a two-wheeled tour of Yorkshire.

But long before the age of Lycra, well-made woollen suits, knee breeches and sturdy straw hats were actually all the rage for the county’s style-conscious cyclists.

Now a new display at Leeds Industrial Museum is celebrating Leeds’s impressive track record leading the pack when it comes to the latest competition couture.

With elite cyclists from around the world gearing up to take on this weekend’s Tour de Yorkshire, the museum will be unveiling the new Threads for Treads display, which features fantastic images, stories and exhibits illustrating more than a century of Leeds-made sportswear.

Amy Jenkinson, Leeds Museums and Galleries’ assistant community curator, said: “For more than a hundred years, sports like cycling have played an important role in inspiring clothing manufacturers to be more creative and come up with designs which help athletes to perform better and feel more comfortable.

“Leeds has always been a standard-bearer for innovation in textiles and sportswear is no exception, with local brands and manufacturers constantly improving their fabrics and techniques to ensure their products stayed at the cutting edge of form and function and fashion.

“With the Tour de Yorkshire just around the corner, this display shows how the huge popularity of cycling and sport in Yorkshire has gone hand in hand with the evolution of our textile heritage- and it’s also lots of fun to compare the outfits cyclists used to wear with those which competitors will be wearing this weekend.”

Part of the display looks at Victorian cyclists, who would usually wear tweed woollen jacket, knee breeches and peaked cap or for women, woollen suits, usually with a long skirt and jacket and wide brimmed or straw hat.

Following the Second World War, Leeds manufacturers introduced more sportswear into their ranges, including Burtons, whose The Laird tweeds were popular for cycling and golf and A. Whyman Ltd, who produced StormGuard weatherproof cycling jackets until 1957.

To celebrate The Grand Depart of the 2014 Tour de France in Leeds, a special blue cloth was created to celebrate the regions textile heritage called the 40 mile fleece.

Using a luxury British yarn from Laxtons Yarns, designed by Susan Gaunt, The Yorkshire Textiles led project was showcased at the Yorkshire Grand Depart fashion show, where textile manufacturers from across the county came together to mark the occasion.

The new museum display also looks at the city’s longstanding connection to cycling and some of its many sporting success stories.

Leeds was the birthplace of Beryl Burton OBE, who dominated women’s cycling during the 1960’s, winning more than 90 domestic and seven world titles.

And Potternewton Cycling Club, the earliest recorded club in Leeds, competed in city and countrywide races when cycling was a sport popular with the upper classes.

Threads for Treads will be available to see this Saturday, May 5 from 10am to 5pm.

Visitors can also see a special pop-up from The Friends of The National Railway Museum of Sierra Leone, with tours of the loco collection, a chance to meet the curator and a visit from Leeds Bike Mill who will give advice on repairs and maintenance.

On Sunday, the city will host the grand finale of the Tour de Yorkshire on the Headrow – in exactly the same spot as the incredible Tour de France Grand Depart in 2014.

For everything you need to know about the race including road closures, race timings and spectator information visit www.leeds.gov.uk and click on the Tour de Yorkshire logo. 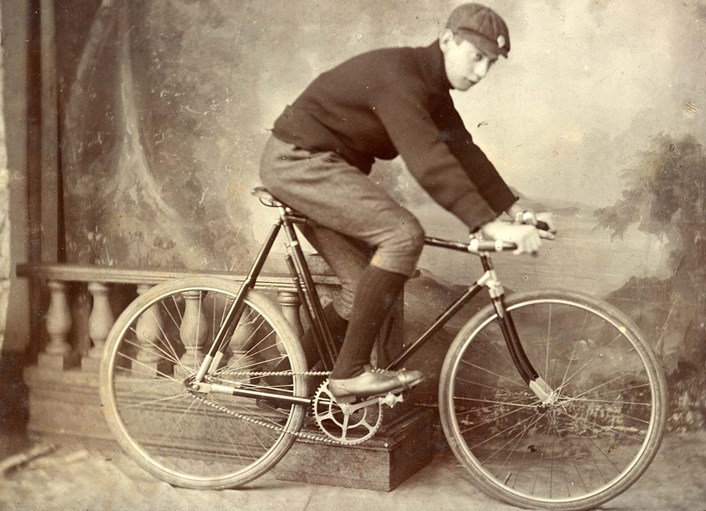