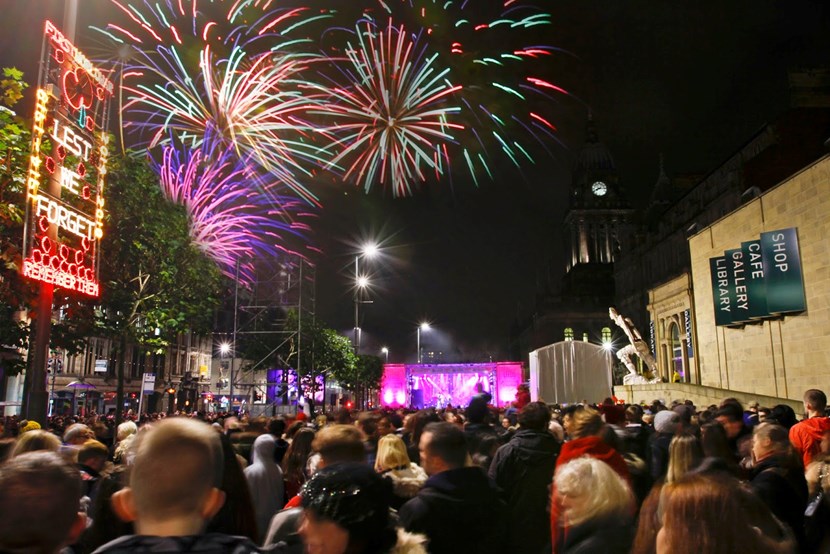 Danny, who was man of the match when the Rhinos secured an historic treble at Old Trafford last month, will be representing the club at the event and will have the special honour of flicking the switch in recognition of their incredible accomplishments this year.

Also attending will be fellow Rhinos Stevie Ward, Josh Walters as well as all three trophies won by the team this season.

Bupsi, who has been one of the most talked about contestants on this year’s series of the TV talent show, will join a musical line-up which includes Britain’s Got Talent winners Collabro for the switch-on this Thursday, November 12.

Collabro won the 2014 series of BGT with their performances of musical theatre favourites and will take to the stage in front of an expected crowd of 15,000 at the event at Victoria Gardens.

The group, made up of Michael Auger, Richard Hadfield, Jamie Lambert, Matt Pagan and Thomas J Redgrave, recorded a UK number one album after victory in the 2014 series of BGT.

Richard said: "We’re so excited and we're going to do a couple of Christmas songs. We’re all looking forward to it!"

Bupsi added: “I’ve had a fantastic reaction from people in Leeds since being on the X Factor and I’m so proud to have represented the city. Giving something back by performing in front of my home town and helping to get everyone in the Christmas spirit will be an incredible experience and I can’t wait.”

Collabro and Bupsi will be joined on stage by Cbeebies presenters Alex Winters and Cat Sandion, who will lead the crowd in a fun version of The 12 Days of Christmas and Lee Brennan from boyband 911, who is playing the title role in this year’s production of Aladdin at Carriageworks Theatre.

The spectacular Leeds Rock Choir will also sing a selection of well-known hits along with a Christmas medley including original vocal arrangements.

There will also be a live performance from the cast of Chitty Chitty Bang Bang, who are appearing at West Yorkshire Playhouse, Breeze has Talent 2015 winners The Richards, a singing and rapping guitar duo, and an appearance from Santa.

Dixie said: “It's one of the highlights of the year, stepping out in front of the massive crowds to kick off the festive fun in Leeds. As well as Collabro I can't wait to see Santa's show time, that's when Christmas really starts for me!”

The show will start at Victoria Gardens on The Headrow from around 6.45pm.

Other attractions on the night will include fun fair rides along Cookridge Street, with entertainment culminating in the big switch-on of one of the UK's largest displays of city centre festive illuminations and spectacular fireworks.

“There’s always an amazing atmosphere at the Christmas lights switch-on and it’s one of the highlights of the year for thousands of families in Leeds.

“For many people, this is when the countdown the Christmas really begins and I’m sure all of our guests will make it a night to remember.” 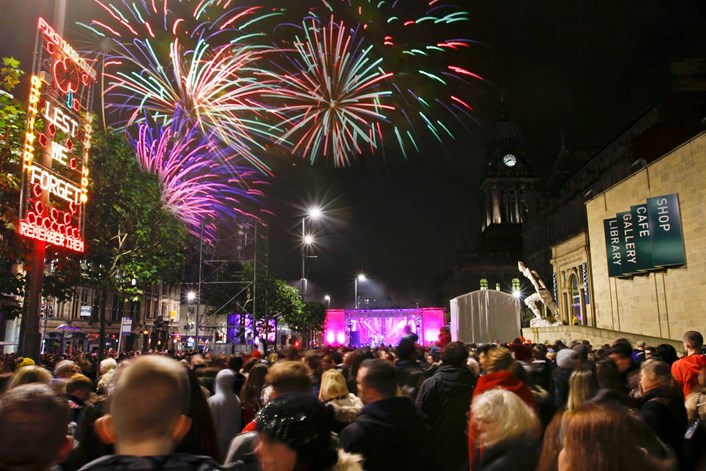