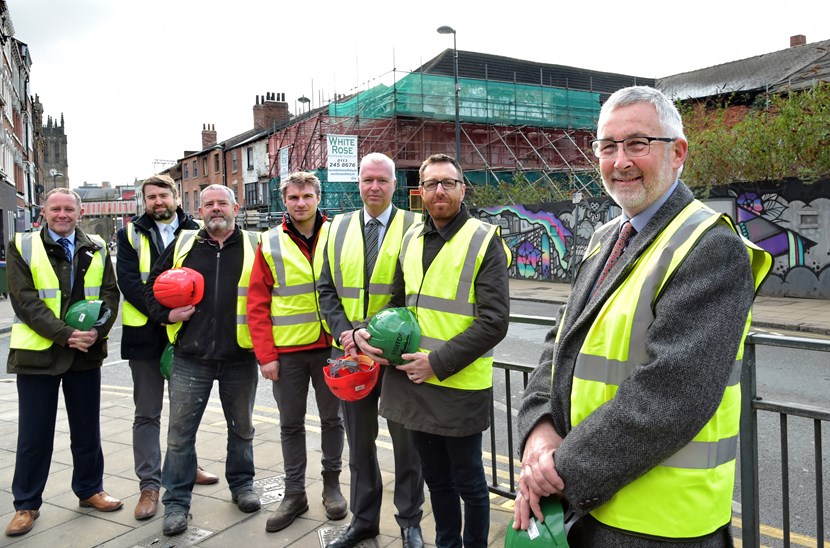 Work is set to begin on a project to revitalise one of Leeds’s most historic buildings thanks to funding from the National Lottery and Historic England.

The plans will see the First White Cloth Hall’s west wing restored, a new covered courtyard with atrium built and a new shopfront put in place.

Contractors are set to move in on the site this month, with work to restore and reinvent the building scheduled to be completed next year. The contractors, HH Smith and Sons Ltd, have an extensive track record of dealing with listed buildings and heritage assets.

Built in 1711 to ward off competition from surrounding towns, the building played a key role in establishing Leeds as a dominant force in the textile trade.

In fact the First White Cloth Hall proved so successful that a larger cloth hall was required, but this was to the detriment of the building itself.

It went on to be used for a number of alternative purposes but gradually fell out of use and its condition declined, with most of the building being vacant by the 1960’s and the last small part of the building to be occupied was vacated around 2010.

Since this time both they and their design team, led by Buttress Architects, have worked closely with Leeds City Council, Historic England and the Leeds Civic Trust to develop the transformational scheme. Work is expected to be completed for next Spring.

Mark Finch, Director of Real Estate at Rushbond stated “The story of the First White Cloth Hall is one that begs to be told – and what better way then to bring the building back into use and re-purpose it for the future. The project plays a pivotal role in the renaissance of Kirkgate – the area is already on the up with lots of good things going on, but this project will really elevate the interest and excitement in this historic part of the City. The collaborative spirit in which the Council, Historic England, Leeds Civic Trust, with our professional team, have worked together has been hugely inspiring and we thank them for their time, expertise and commitment on what is complex project’.

The restoration work is supported by £1m of public sector funding to support the private sector speculative investment being made; £500,000 will be provided by the Heritage Lottery Fund’s (HLF) Townscape Heritage Initiative (THI) with a further £500,000 from Historic England through their Repair Grants for Heritage at Risk. .

Councillor Richard Lewis, Leeds City Council’s executive member for regeneration, transport and planning, said: “The Heritage Lottery Funding has been a godsend in getting the regeneration of Lower Kirkgate going, with three units sympathetically renovated so far, But it’s the restoration of White Cloth Hall that will make the biggest change to the landscape and be the catalyst for the remaining units to be improved.”

“We’ve been campaigning for years to save this birthplace of the city’s economy and our partnership has come together just in time to rescue it from collapse. Rushbond’s plans will give it a new lease of life and another boost to Kirkgate – the oldest street in Leeds.”

David Renwick, Head of Heritage Lottery Fund Yorkshire and the Humber agreed “This project clearly demonstrates how by investing in heritage, the National Lottery can have a direct impact on the economic health of our local communities. Thanks to Lottery players, this investment in First White Cloth Hall will be a vital piece in the regeneration puzzle of Kirkgate, revitalising the area for future generations.”

This is in addition to Kirkgate being shortlisted by the Academy of Urbanism for their Great Street award. This reflects the existing work to repair and restore Kirkgate properties. It also recognises the fact that the street has a particular vibrancy that is increasingly attractive to alternative and creative uses, in particular new business start-ups. It is recognised as having a particular ‘edgy’ atmosphere which is sought after by a number of new businesses.

Investment is to be made in the public realm to create an attractive, appealing environment to match the quality of the surrounding historic buildings. This includes better pedestrian crossings, wider pavements and more greenery in order to make it a more attractive destination for visitors and residents alike.

Work on the Kirkgate THI programme is due to be completed by Spring 2020.

Lower Kirkgate is located between the city centre and Leeds Minster. It is Leeds’ oldest street, having existed for over a thousand years, and along with the church, was the original settlement from which the town and eventually City of Leeds developed.

About the Heritage Lottery Fund

Thanks to National Lottery players, we invest money to help people across the UK explore, enjoy and protect the heritage they care about - from the archaeology under our feet to the historic parks and buildings we love, from precious memories and collections to rare wildlife. www.hlf.org.uk. Follow us on Twitter, Facebook and Instagram and use #NationalLottery and #HLFsupported.

The HLF funded lower Kirkgate THI has funded repairs to a number of previously empty buildings which has enabled them to be brought back into use including 90 Kirkgate: ‘Blue Collar Barbering’ (Barbers), 92 Kirkgate: ‘Wapentake’ (Café/bar), 93 Kirkgate’ Doghouse’ (Record store/bar). A number of other grant applications are being developed by the owners of properties which will see comprehensive repair of the street. 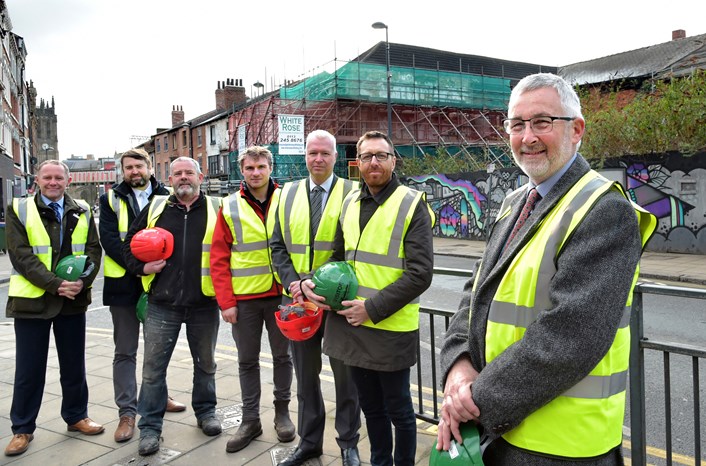