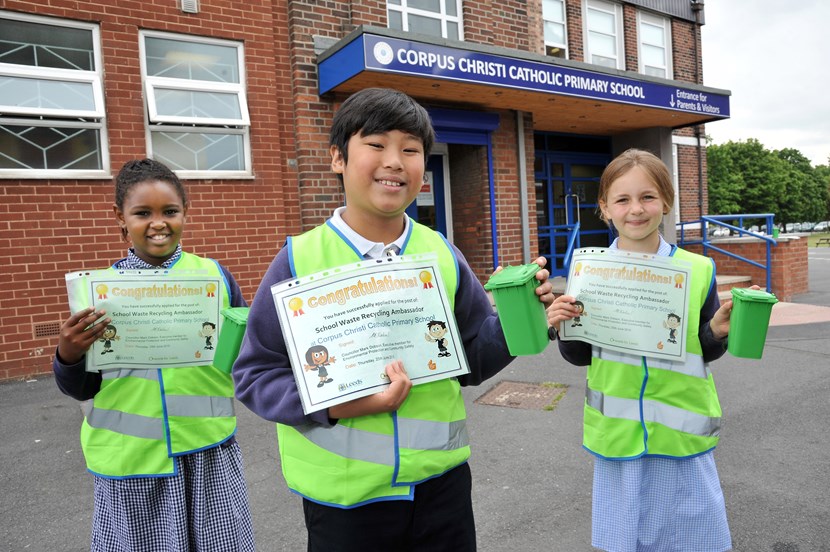 A new recruitment drive is looking for green minded pupils to take the recycling message to fellow classmates and their families.

Enthusiastic pupils can now apply to become one of a team of waste recycling advisors for their school.

The newly created role builds on the success of previous Takeover Days when children and young people have been trained by the council’s expert recyclers to become recycling advisors themselves.

Pupils at Corpus Christi Catholic Primary School are some of the first to successfully apply for the role and will be launching a city-wide recruitment drive as part of Recycle Week 2015.

At a special assembly from 9.15-10am, the newly appointed recycling advisors will talk about their recycling activities and their starring role in the council’s new recycling film which will be shown.

Recycling advisors will be presented with achievement certificates by Councillor Mark Dobson and Councillor Lucinda Yeadon.

To help schools sign up recycling champions, teachers will have a new resource pack and a toolkit for pupils.

To become a recycling advisor, pupils are asked to respond to a job advert, complete an application and if successful, sign a contract which gives a commitment to encourage classroom audits, provide information on what can be recycled at school and home, give talks to each class about recycling and to encourage friends and family to recycle as much as possible.

Successful candidates receive their own ID badge and high visibility vest, recycled goodies and kit to help them in their role and talk to friends and family about recycling.

“Children and young people are some of our most enthusiastic supporters when it comes to recycling and the environment.

“Getting young people on board with the reduce, reuse and recycle ethos linked to the waste services that we provide means they’re helping their council, schools, families and communities reap the environmental and financial benefits of recycling throughout the year, not just during Recycle Week.”

“The recycling advisors project is an ideal way to give our children and young people life skills and the knowledge that are crucial to bring about a long lasting change in attitudes and behaviours when it comes to waste.

“Good luck to anyone applying to become a recycling advisor, we’re confident that you’ll do your very best and make your school and family proud.”

Corpus Christi Catholic Primary School was one of the first to recruit recycling advisors. A team of 12 advisors have already been busy in school and have even starred in a new film by the council to encourage recycling.

“We couldn’t have had a better response when we asked our pupils if they wanted to become recycling advisors.

“It’s been so encouraging to see them take ownership of a key issue and to help others at school and home understand why it’s so important to recycle.

“It’s been an overwhelmingly positive experience for us as a whole school community with pupils being very excited about their opportunity to be stars of the big screen in the recycling film.”

The council’s recycling film can be viewed at http://goo.gl/z7dait. 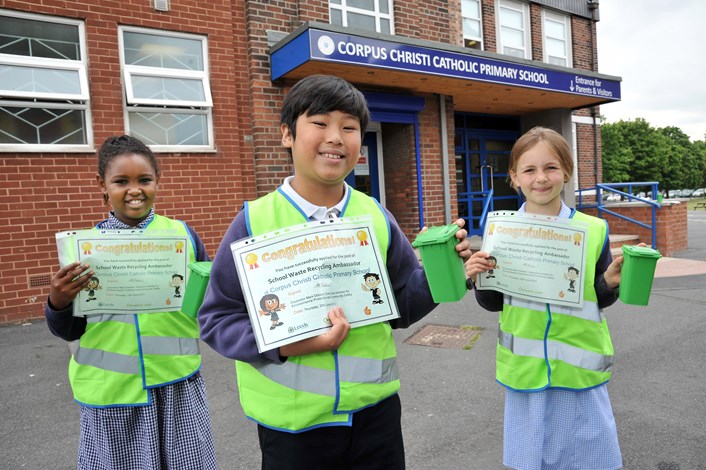