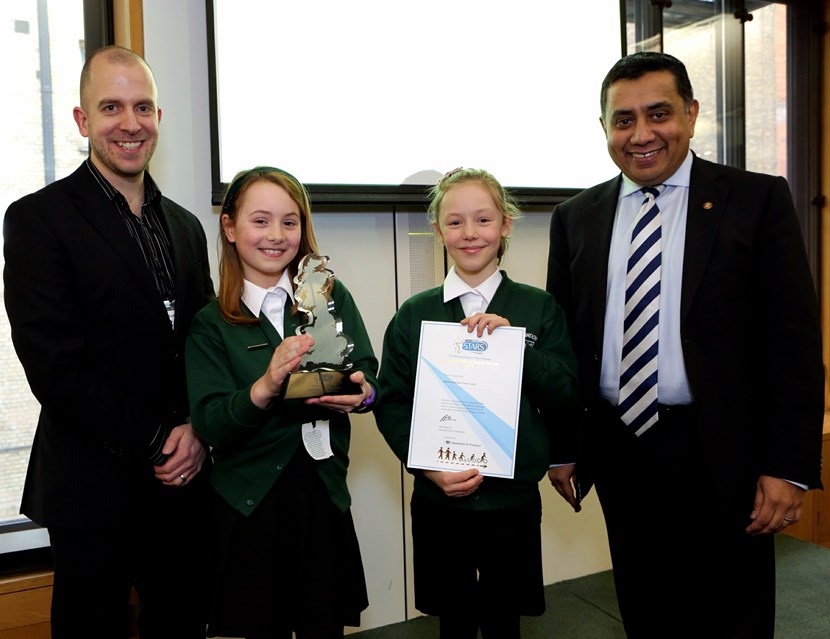 Pupils from Rawdon Littlemoor primary school have been named national champions for promoting safe and sustainable travel to school.

At a national awards ceremony held in London Rawdon Littlemoor were crowned the first ever National STARS School of the Year.

Earlier this year the Rawdon school won the regional STARS awards here in Leeds and went on to represent Yorkshire and Humber and the north east at the national awards, beating six other schools representing their regions.

Transport Minister Lord Ahmad, presented the National STARS School of the Year award at the ceremony which recognised the hard work and determination of the pupils to reduce the number of car journeys made on the school run every day in favour of walking, cycling, scooting and using public transport.

After the awards event, pupils from all six schools travelled across London in a vintage London bus to the BSkyB Studios in Brentford where they took part in a Sky Academy activity which included a tour of the Sky Studios and the production of a news piece on the promotion of cycling.

Modeshift STARS is the national schools awards scheme that has been established to recognise schools that have demonstrated excellence in supporting cycling, walking and other forms of sustainable travel. The scheme includes 53 local authorities and around 10,500 schools nationally.

The scheme encourages schools across the country to join in a major effort to increase levels of sustainable and active travel in order to improve the health and well-being of children and young people.

“This is a fantastic achievement for Rawdon Littlemoor. Modeshift STARS presents a huge opportunity for us to collectively increase the number of children and young people to get more active on the journey to school, it is vital that we recognise the efforts of our schools in making our communities happier, healthier places to live.

“Rawdon has done a wonderful job in instilling the importance of sustainable travel with their pupils. They are marvelous ambassadors for Leeds and the whole of the region and they should be very proud of this achievement. Their knowledge of sustainable transport and their obvious enthusiasm for making a contribution to reducing the number of car journeys across the city is to be applauded.”

Rawdon Littlemoor was chosen as the national winners for the work they have done to increase the number of pupils cycling to school and promoting other means of sustainable transport. In 2013 there were no pupils cycling to school but within two years that figure has increased to 42 pupils who regularly cycle to school in the summer months and 18 pupils who cycle throughout the year. This is in addition to 63 pupils scooting to school daily and two members of staff regularly cycling to school. They have achieved this through a combination of installing infrastructure to support cyclists, and by involving members of the school staff, pupils, parents and governors in the process of promoting sustainable travel options. They have spent the last 2-years fundraising in order to install a cycle track in the school grounds to continue the cycling ethos and last year held a Glastonbury themed festival to help raise the funds which included a roller bike competition, stalls and games. Over 500 parents and pupils camped out overnight as part of the event. 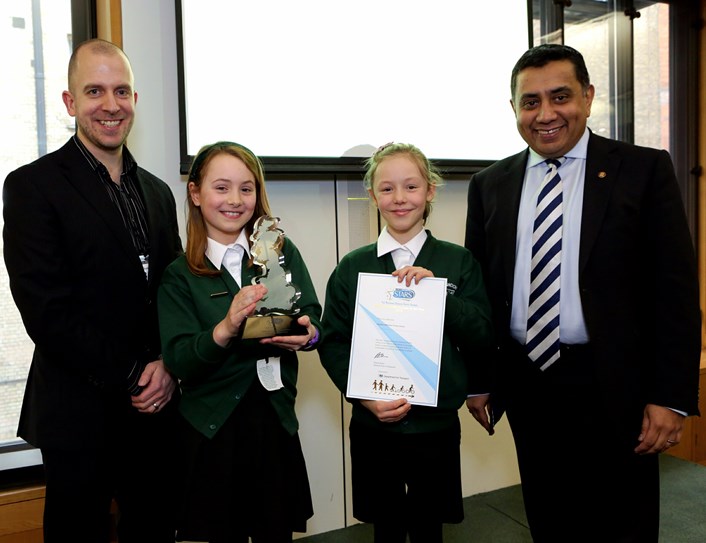