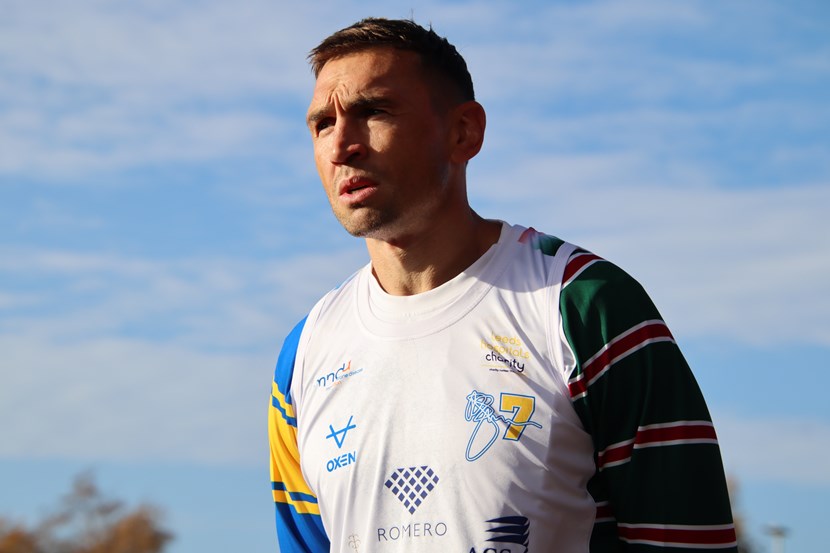 Let’s do them proud – that’s the message to people in Leeds as Kevin Sinfield tackles another epic fundraising challenge inspired by his friend and fellow rugby league legend Rob Burrow.

Leeds Rhinos great Kevin set out earlier today on a gruelling attempt to run 101 miles in 24 hours, following a route that will take him from the home of rugby union club Leicester Tigers to his old stamping ground at Headingley rugby stadium.

The final section of the run is due to start in Belle Isle at 6.40am tomorrow (Tuesday, November 23) and will see Kevin travelling into the city centre via Armouries Way and Bridge End before heading up Briggate and part of the Headrow. He will then continue along Albion Street towards a mural on Woodhouse Lane dedicated to Rhinos hero Rob, who was diagnosed with motor neurone disease (MND) in 2019. From there, Kevin will battle up past Hyde Park Corner bound for arrival at Headingley just after 8am.

Funds generated by the event – dubbed the Extra Mile Challenge – will be split between the MND Association and the Leeds Hospitals Charity, which recently launched an appeal to raise money to build a new Rob Burrow Centre for Motor Neurone Disease in the city.

Kevin, who played for the Rhinos from 1997 to 2015 and is today part of the coaching staff at Leicester Tigers, led a team that raised £2.7m for Rob and the MND Association in December last year by running seven marathons in seven days.

And, with the Extra Mile Challenge now in full swing, the Leeds public is being encouraged to make donations large or small to help him reach similar heights once again. People can also show their support in person tomorrow by cheering Kevin onto the Rhinos’ pitch at Headingley, where the gates will be open from 7am.

“I have chosen to support the Leeds Hospitals Charity during my mayoral year as I am aware of all the vital work they do to make life easier for all patients and also for over 20,000 staff working across our local NHS hospitals.

“I am delighted to hear that Kevin has chosen the charity as one of the beneficiaries from his challenge – I’m sure everyone involved will be willing him on and wishing him all the very best as he tackles those final, tiring miles through the city en route to Headingley tomorrow.”

“Kevin and Rob are both hugely inspirational characters who are admired by people across Leeds and beyond. Kevin’s determination to go the extra mile for Rob was clear during last year’s seven-in-seven marathon challenge, and it’s fantastic to see him pulling on his running shoes once again.”

Admission to the grand finale event at Headingley tomorrow morning is free, with seating available in the rugby stadium’s North Stand. BBC Breakfast will be coming live from the ground, while collectors will be on hand to take donations from people wanting to contribute to the fundraising.

To make an online donation, go to https://donate.giveasyoulive.com/fundraising/kevin-sinfields-the-extra-mile-challenge. People can also donate £3 by texting the word Kevin to 70143.

Rob made nearly 500 appearances for the Rhinos between 2001 and 2017, winning eight Super League titles, two Challenge Cups and three World Club Challenge trophies. Since his diagnosis with MND, he has championed the raising of funds and awareness for all those affected by the disease. 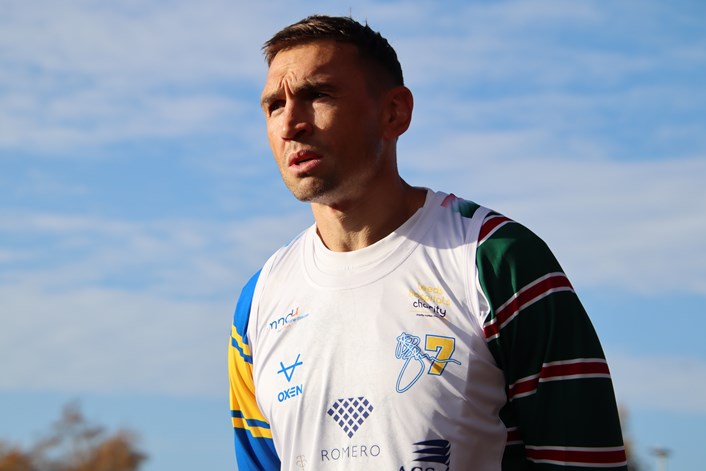