Sent on behalf of the ICC Cricket World Cup 2019

The ICC Cricket World Cup 2019 Public Ballot opened today (Wednesday, 1 August) at 10am (BST) on Wednesday 1 August, when ticket applications were opened to all members of the public, backed by a major marketing and PR campaign, welcomingly called Are you in?.

The Public Ballot will be open until 29 August and fans will be able to apply for each of the 48 fixtures, with tickets in each price band at every game available.

Following the unprecedented demand during the Cricket Family Ballot, fans are encouraged to apply for a wide selection of matches as the 10-team round robin stage provides plenty of opportunities for fans to see their favourite team.

The campaign's launch film stars Freddie Flintoff, a cricketer who transcends popular culture, singing and dancing to the sound of Imagine Dragon's On top of the world, inviting the public to join sports greatest carnival. It continues the marketing approach of putting fans, influencers and celebrities at the heart of the creative, reaching both inside and outside of the game to engage new fans with cricket.

To apply for tickets in the Public Ballot, applicants must register an account via the official Cricket World Cup Ticketing website. The pre-registration phase started on 17 July.

ICC Cricket World Cup 2019 Managing Director Steve Elworthy highlighted the importance of this milestone in the application process, and hopes it has the same success as the recent Cricket Family Ballot.

‘‘1 August is a day we’ve all been looking forward to as we welcome many potential future cricket fans to the sport. This a great chance for anybody who wants to attend the ICC Cricket World Cup and watch the most exciting and competitive cricket available, as the best teams in the world go head to head.

‘’Being the third most-watched global sporting event, we know there will be huge interest in next year’s World Cup. The Cricket Family Ballot was a recent indicator to how popular we expect this tournament to be, when over one million tickets were applied for.

‘’What’s more, with our price structure for this tournament, which we consulted on widely and used external experts, all games will be accessible for a large proportion of sports fans. Any revenue that we do make from the tournament will be invested back in the game as part of our commitment to grow cricket and engage with future generations.’’

Mark Arthur, The Yorkshire County Cricket Club Chief Executive said: “We are hugely excited to be hosting four 2019 World Cup matches at Headingley. Since the fixtures were announced, there has been a massive amount of interest and we cannot wait to welcome some of the best one-day teams in world cricket to Headingley.”

"We’re thrilled to be welcoming the Cricket World Cup to Leeds and for the city to be hosting another international sporting spectacle which will attract fans from across the globe.

“Our city’s reputation as a place where spectators gather in their thousands to watch world class sport continues to grow and we look forward to welcoming fans to what I’m sure will be a thrilling and unforgettable occasion.”

Host nation England will open the tournament at The Oval on 30 May when they take on South Africa, while reigning champions Australia start their title defence on 1 June against Afghanistan in a day/night match in Bristol. The World Cup will conclude when the final takes place at Lord’s on Sunday 14 July.

Any remaining tickets from the Public Ballot will go on general sale on a first-come, first-served basis later in 2018.

ABOUT THE ICC CRICKET WORLD CUP 2019 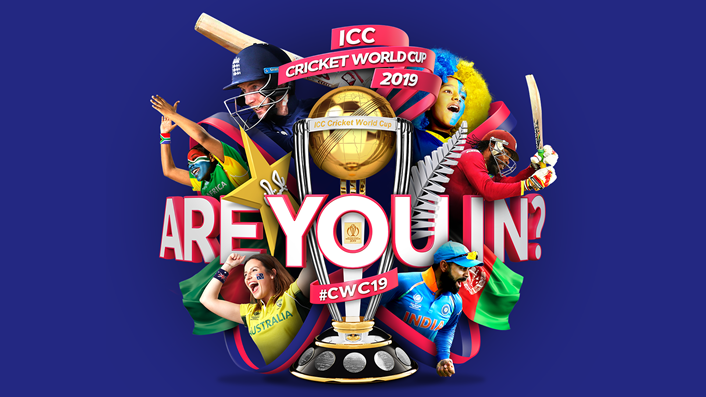