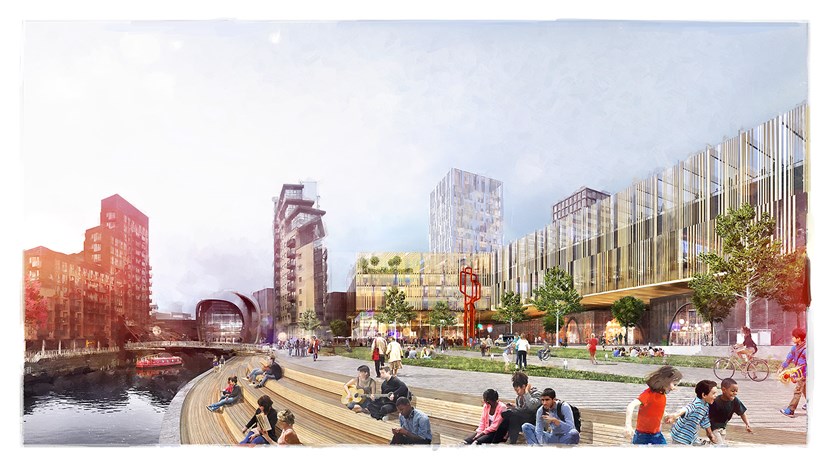 Ambitious plans for the redevelopment of Leeds Station into an integrated high-speed transport hub for the city and the Yorkshire region have been released today.

The much-anticipated report by the chair of HS2 Ltd Sir David Higgins has revealed his recommended option for how to remodel the station to accommodate future high-speed rail as well as boosting through rail services in a single integrated hub.

His recommendation to government would see the station redeveloped as a ‘Yorkshire Hub’ utilising a ‘T-shape’ design. This would see the existing east-west rail lines being combined with connecting new north-south lines to accommodate HS2 when it comes to the city, operating as a single station serving connecting cities and towns across the Leeds City Region and beyond.

Leeds Station is the busiest rail station in the north of England, used by 27.8 million people a year which is similar to figures for King’s Cross in London. This figure is projected to rise by 114 per cent over the next 30 years, with passenger flows at Leeds Station anticipated to match those of Gatwick Airport.

Sir David’s recommendation for the station redevelopment has been welcomed by civic and business leaders in Leeds and across the Yorkshire region.

“Leeds City Council and partners have worked together to push for a solution for Leeds Station that meets the city and region’s aspirations, creating the connectivity the region clearly needs; and I am delighted that we have such a strong proposal in place now.

“This major project will not only transform the station into a landmark gateway to welcome visitors and business travellers in the city and region, but will be transformative in terms of new jobs, skills, regeneration, and business opportunities. Redeveloping the station in Leeds alone will create 10,000 new jobs and we are determined that people in the city benefit from these opportunities.

“We have noted the acceleration in the timetable announced for the HS2 line to Crewe and we will continue to press for the building of the eastern leg to be similarly advanced to ensure the benefits of high-speed rail can be felt across the whole of the north as soon as possible. Accelerating the pace of construction and building from the north continue to be priorities for partners across the city region; as is the need for investment and ongoing improvements to make Leeds Station better for the thousands of passengers using it today.”

“Given the physical constraints of the existing station, and the rising level of demand for services, coming up with a solution that meets all those needs has not been easy, but, thanks to the efforts of the council, the Leeds City Region and the Chamber of Commerce, as well as HS2 and Network Rail experts, we have reached a consensus.”

“Integrating the HS2 station with our existing station will provide a seamless interchange between high speed and classic rail services – and importantly, will allow through trains to enhance services to the city region and beyond.

“This will connect the major cities of Bradford, York and Wakefield, and significant towns such as Halifax, Huddersfield, Dewsbury, Harrogate and Selby, into the national high-speed network, with all the benefits for jobs, skills, business opportunities and investment it will bring.”

The recommended option for redevelopment of the station will see the HS2 platforms approaching from the south and joining directly to the existing station building. A common concourse will be created, offering easy connections between classic rail and high-speed services under one roof and good pedestrian access to both the city centre to the north, and the regeneration area of South Bank.

The new station will enable seamless interchange between HS2 trains, the proposed Northern Powerhouse Rail services, and local and regional trains. This will spread the benefits of HS2 and, along with the improvements proposed to the local rail network, will provide faster and better rail journeys for the three million people who live in Leeds City Region. Its location in the South Bank should be a catalyst for substantial economic growth and regeneration.

Sir David’s report and recommendation about Leeds Station will now be considered by the chancellor, while Leeds City Council will continue to work with HS2 Ltd, Network Rail, Transport for the North, West Yorkshire Combined Authority and the Chamber of Commerce to develop the scheme for the Yorkshire Hub. This will include working with businesses impacted by the proposed station redevelopment in order to boost the future regeneration of the South Bank and the Leeds and wider city region economy.

To see the Higgins report on Leeds Station go to https://www.gov.uk/government/publications/the-yorkshire-hub-an-interim-report-on-the-redevelopment-of-leeds-station 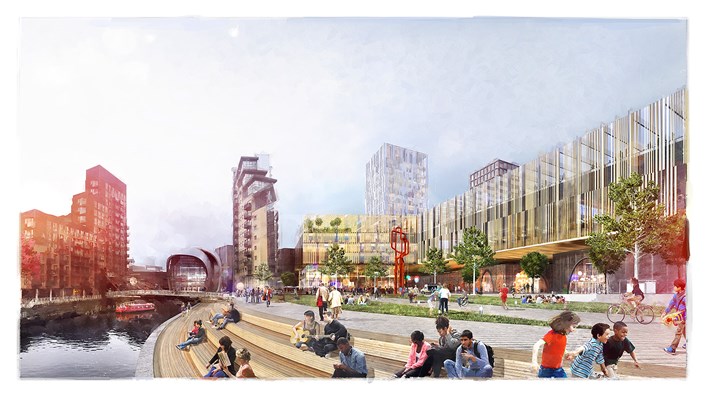