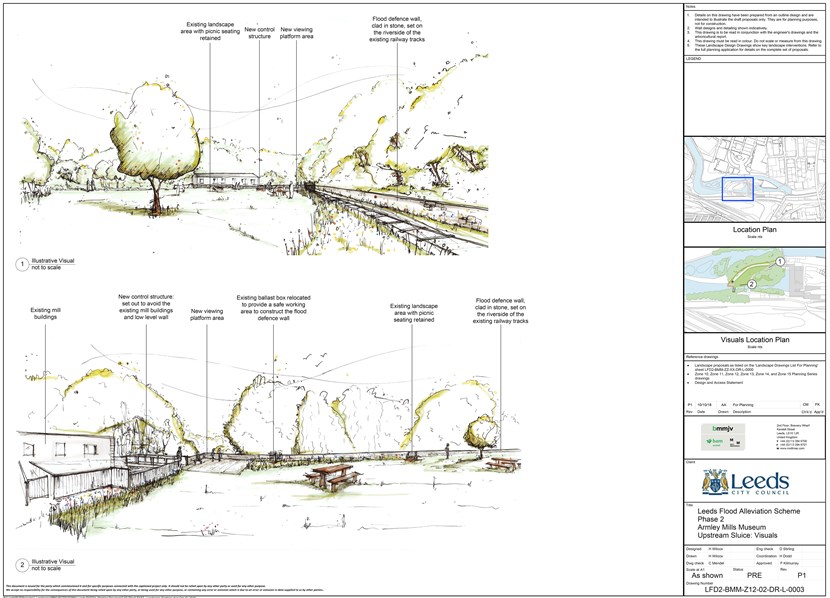 Plans for the next phase of the Leeds Flood Alleviation Scheme to reduce flood risk along the River Aire have now been submitted.

Leeds City Council has worked alongside the Environment Agency to put forward a planning application for phase two of the Leeds Flood Alleviation Scheme, which will invest £112.1million in flood prevention measures for areas upstream of Leeds city centre.

A range of measures have been put forward to reduce the risk of flooding along a 14-kilometre stretch along the River Aire catchment, including the A65 Kirkstall Corridor which was badly hit by the impact of Storm Eva at Christmas 2015 and ending at Apperley Bridge, Bradford.

These plans include both parts of the two-step process that has been developed to give a one-in-200-year level of enhanced protection against flooding for Leeds, helping to better protect 1,485 homes and 370 businesses. If approved, work to deliver the first step, a one-in-100 year level of protection, is expected to start next summer.

The plans feature measures such as new defence walls, embankments and a large flood storage area. As part of the application it focuses on four key areas of Leeds Industrial Museum at Armley Mills, Kirkstall Abbey and Kirkstall Meadows, Apperley Bridge and Calverley.

The scheme also incorporates a flagship Natural Flood Management programme. Leeds City Council and the Environment Agency will work with partners and landowners across the catchment to deliver a range of measures, such as the creation of new woodland and other natural features. These will help reduce the flow of rainwater into the river and help reduce the impacts of climate change. Additional planning approvals will be sought from the relevant authorities as the catchment wide programme develops.

Leader of Leeds City Council Councillor Judith Blake said: “This planning application is an important step in our commitment to providing Leeds with the level of flood defences it needs.

“If it is approved it would mean we can get on with starting the work we can carry out now, which is vital to provide our residents and businesses with reassurance and confidence as we come up on three years since the devastation caused by the impact of Storm Eva.

“We will continue to pursue all options to secure the remaining funding to deliver the scheme to one-in-200-year level in full.”

Flood risk manager at the Environment Agency, Adrian Gill said: “The joint project team have worked hard to get to this point. We are keen, through this consultation process, to understand what the public think about the proposed scheme.

If approved, it will enable our team to begin works at pace, extending the level of protection in the city centre out to the Kirkstall area, whilst we continue to work towards our ambition of a 1-in-200-year level of protection from the River Aire for the whole city.”

At Leeds Industrial Museum at Armley Mills, which suffered significant flood damage in 2015, the defence works include new protective walls, a new pipe bridge to improve water flow and two new control structures on the goit. At Kirkstall Meadows the proposal is to transform 2.4 hectares into a wetland habitat to hold flood water and also feature kingfisher banks, otter holts and wetland scrapes for fish.

A series of sketches to show how the works could look have also been released as part of the application. Other features of the scheme, which include new bridges and footpath improvements, will be handled in a separate planning application.

Also to follow will be the second element of the process if further funding is secured. This will complete the River Aire scheme in full by the creation of a flood storage area near Calverley, which will use the moveable weir technology used in phase one of the scheme in the city centre to allow water to be stored and then be released slowly back into the river in a controlled way.

Details of the planning application can be viewed at: https://publicaccess.leeds.gov.uk/online-applications/applicationDetails.do?activeTab=documents&keyVal=PIUXSXJBJ7300 and for more details about the scheme visit: https://www.leeds.gov.uk/parking-roads-and-travel/flood-alleviation-scheme 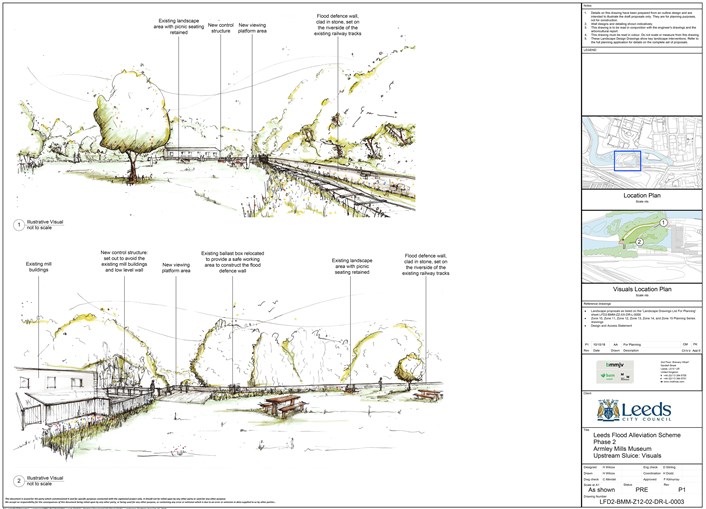