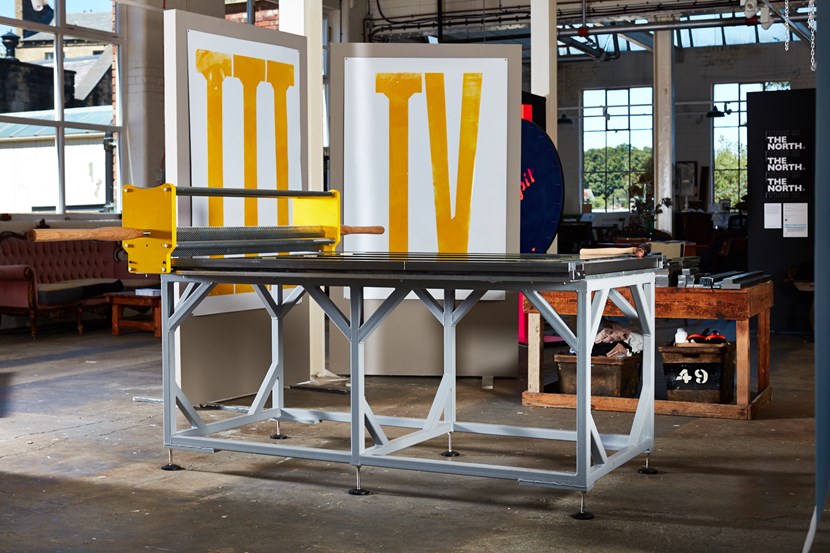 People Powered Press is right type of attraction for museum

For centuries, it’s been home to the hulking heirlooms of Leeds’s industrial heyday which once propelled the city to the pinnacle of global production.

Now a modern mechanical marvel powered entirely by people has taken its place amid the technological giants of the past at Leeds Industrial Museum.

The incredible People Powered Press, thought to be the biggest of its kind in the world, was installed at the Armley attraction earlier this week.

A giant-sized version of a letterpress printing press, the machine uses a new typeface cut entirely from steel called ‘Graft’ and is one of a string of intriguing projects put together as part of the These Northern Types, an exhibition and book exploring what it means to be Northern in a globalised world while examining our history of making and manufacturing.

Used to print large scale, eye-catching posters with local groups and arts organisations which are then displayed across the city, the press has been designed to give a distinctive voice to Leeds’s communities and a chance to manually operate the press to produce their own words on a large scale for public display.

Oli Bentley, creative director of Split Design, who put These Northern Types together, said: "Leeds and the north has an incredible history of making, and that’s been influential in shaping both the region, and the people in it. But the world has changed, and continues to change rapidly around us- not least the nature of our work, and we wanted to ask what that means for our sense of ourselves and for our communities.

“Whilst I’m only a designer and know there’s a limit to what we can do, I wanted to make something using type that could amplify voices in a community- which is why we wanted to make such big posters, to be displayed and seen outdoors. This machine allows us to make the community part of the printing and making of the pieces themselves.

“The whole aim of These Northern Types has been to explore Northern identity and culture and push past stereotypes and heritage by acknowledging and exploring current issues rather than sticking to the safe flat hats and whippets and pretending the rest doesn’t exist.”

A two year-long project, These Northern Types, looked at everything from class, making, stereotypes, dialect and immigration to the changing nature of work, English identity and what we put on out chips.

The project was one of the key elements of Leeds’s bid to be European Capital of Culture and continues to be supported by the Leeds 2023 team.

Councillor Judith Blake, leader of Leeds City Council, said: “For centuries Leeds was at the forefront of industrial innovation and technology which helped the city become a global economic powerhouse.

“That spirit of creativity and invention helped to create the place we know and love today and has become part of the fabric of Leeds and its rich history.

“It’s incredible to see that continuing today in a project which not only pays tribute to our heritage but which engages, celebrates and promotes the individuality of our communities.”

Once the largest woollen mill in the world, Leeds Industrial Museum was built in 1805 by noted industrialist Benjamin Gott.

Although production there ended in 1969, the site reopened as Leeds Industrial Museum in 1982 and is home to traditional looms and a spectacular array of vintage textile equipment, some of which is still operational, as well as a collection of traditional printing presses.

The People Powered Press will be on display there until August 23 and was built entirely by local firms, led by JKN Oiltools, Batley, and supported by Accurate Laser (Leeds) and J W Laycocks.

Ian Plant, managing director of JKN Oiltools said: "We create high-specification metal parts for complex machines all over the world, but the lads never get to see the final things working.

"But to build something like this that’s a one-off in the world from start to finish and to know it’s going to be used with young people in our communities means a lot.”

The book from the project These Northern Types will launched on Friday, August 24 at Colours May Vary and Gallery 164 in Leeds city centre.

For more details about the museum visit: https://www.leeds.gov.uk/museumsandgalleries/armleymills

For details about These Northern Types, visit: www.thesenortherntypes.com or on social media #TheseNorthernTypes 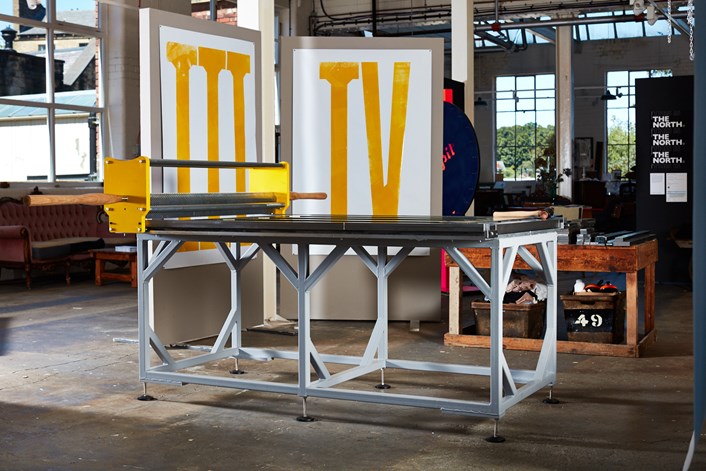