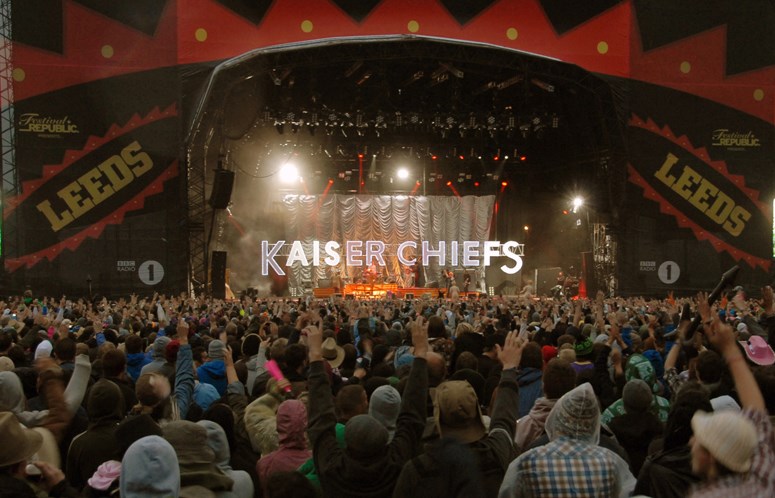 Music-lovers in Leeds will get a special backstage pass thanks to three short films that give a rare, behind-the-scenes look at the local gig circuit.

With thousands of fans set to flock to Leeds Fest later this month, Leeds Museums and Galleries are launching the special online exhibition to celebrate the hard work of the city’s many bands and venues.

Recorded predominantly in 2013, the films focus on The Brudenell Social Club in Headingley, Eiger Studios in Hunslet and The Cockpit in Leeds city centre- three venues that have acted as a springboard for several groups and artists who have since gone on to play at the annual Bramham Park spectacular.

Over three days of filming acts including Ellen and The Escapades, Red Chevrons, Andy Doonan and King’s Parade were all interviewed about their experiences playing in Leeds.

In the first video, Ellen Smith and James Warrender from Ellen and The Escapades discuss how the band met while studying at the Leeds College of Music before going on to play both the Leeds and Reading festivals.

They name the Brudenell Social Club as their favourite venue in the country, with Ellen adding: “There are so many venues and so many nights, with stuff going on all the time.”

The second film focusses on Dear Atria and was filmed during a heavy metal night at Eiger Studios.

The band discuss their course at Leeds College of Music and how they used social media to get gig slots around the city.

The final film in the series offers a nostalgic look back at the The Cockpit which, before closing its doors last year, was one of the city’s biggest and most popular live music venues.

In more than twenty years of business, the venue played host to some of the biggest names in music including The White Stripes, Amy Winehouse, Arctic Monkeys, Queens of the Stoneage, Flaming Lips, The Libertines, Feeder, Mumford & Sons, Vampire Weekend, The Killers, Fall Out Boy, Bloc Party, Coldplay and The Kaiser Chiefs.

The video looks at the 2013 Cockpit Futuresound Competition, with various band members and staff discussing the venue and the competition.

Rob Rhodes from Red Chevrons says: “Being in an unsigned band, to get to The Cockpit, it’s quite good to play there, one of the venues you wanna play in Leeds really."

Olly Corpe from King’s Parade adds: “No venue is like The Cockpit though, it’s really kind of an honour to be here. The Cockpit is kind of this legendary venue."

The online exhibition begins on Aug 24 and music-lovers can watch all three films at : https://www.youtube.com/playlist?list=PLm0WvS2XqHfGjPI-UFKv292puIkXiFduT

Marek Romaniszyn, assistant curator of community history with Leeds Museums and Galleries, who worked on the project, said:

“All the venues and bands involved were fantastic and we are planning to further develop our contemporary music material over the next few years.

“These films also testify to how quickly things can change in music, as the legendary Cockpit venue is now closed and sadly both Ellen and The Escapades and Dear Atria have gone their separate ways.”

“These films really give an insight into the hard work that goes on behind the scenes at some of our local venues and the dedication and enthusiasm it takes for artists to get their big break.

“As we prepare to welcome thousands of fans to Leeds Fest later this month, it’s fitting that we celebrate our thriving local live music scene and look back at some of the places and stories that have helped make it so successful.”