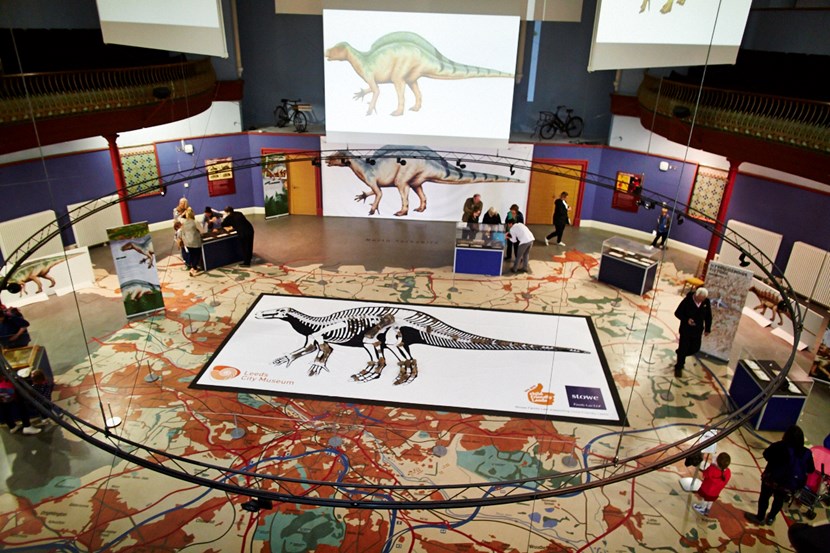 Now incredibly well-preserved remains of the speedy, dolphin-like predators will be making a splash with the city’s pint-sized palaeontologists as dinosaurs return to Leeds City Museum this May half term.

Going on display for the very first time from May 29 until June 4 this year, during a week-long dinosaur extravaganza, will be a three dimensionally preserved ichthyosaur skull alongside a near complete juvenile specimen.

Named from the Greek for “fish lizard”, some Ichthyosaurs grew to more than 16 metres in length and were equipped with long jaws and sharp, conical teeth. The species was first discovered on the coast of England in the 19th Century.

Also on display in the museum’s Brodrick Hall will be the impressive reconstructed remains of a fossilised Hypselospinus, an eight-metre herbivore which roamed the UK more than 137 million years ago in the Early Cretaceous period.

The bones will be displayed on a full-sized illustration, showing both the scale of the animal and exactly how its remains fit together.

Neil Owen, Leeds Museums and Galleries’ curator of geology, said: “Ever since ichthyosaurs and other marine reptiles like these were first discovered, they have conjured up exciting images of a savage, unforgiving ocean ecosystem, teeming with terrifying giant predators.

“In many ways dinosaurs and marine reptiles offer the ultimate escapism, taking us back to a time when the world was completely different to the one we know and firing our imaginations in a completely unique way.

“But they also teach us a great deal about our place in the history of our planet and how life here has changed and evolved over hundreds of millions of years.”

Also part of the exhibition will be the bones of a juvenile Hypselospinus, which was found alongside the adult, coprolites, otherwise known as fossilised dinosaur dung and a beautiful cast of archaeopteryx, the first bird, taken from the famous specimen belonging to the Natural History Museum.

Councillor Brian Selby, Leeds City Council’s lead member for museums and galleries, said: “Dinosaurs have the power to capture the imaginations of children and adults alike and are always among our most popular exhibits.

“It’s fantastic to know that we’ll once again be giving thousands of children and families in Leeds such a unique opportunity to engage with museums and history this half term.”

As part of the exhibition, a programme of free dinosaur-themed events for all ages will also be taking place, including a new family fossil-finding trail in the Life on Earth gallery, the chance to make a spiky dinosaur hat and opportunity to hold a dinosaur bone. 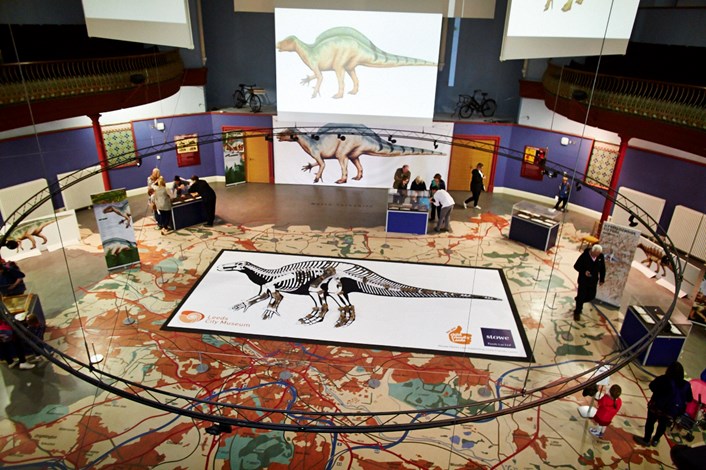