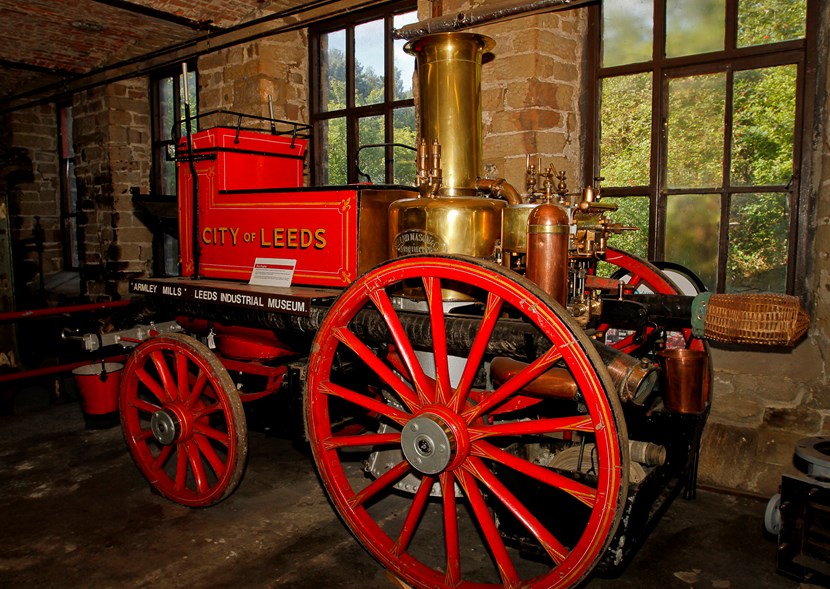 Once a stalwart of the fire service in Leeds, this impressive vintage engine is now being showcased alongside some of the city’s most impressive feats of innovation.

Originally made for the City of Leeds in 1891 by the famed Shand Mason and Co and with a boiler crafted from Yorkshire iron, the engine was employed at the old Gipton Fire Station.

Pulled along by horses and with the ability to raise steam on its way to a fire, its “double vertical” design became the most successful fire engine of its time.

Today, it is displayed at Leeds Industrial Museum in the new Power House exhibition, which explores the evolution of engines through the ages.

Other exhibits include a large hydraulic pump made by Berry of Leeds for the Columbia Gramophone Co. who used it for pressing records.

Also on display will be a Hattersley Pickard Fan, which in times gone by was used in the traditional Russian steam rooms at Leeds landmark Bramley Baths.

John McGoldrick, Leeds Museums and Galleries’ curator of industrial history, said: “Engines have been the heartbeat of some of the biggest and most important innovations of the last few centuries and their rapid evolution and development has gone hand-in-hand with major advances in fields such as science, production and travel.

“In Leeds, those machines became a cornerstone of the city’s status as global industrial powerhouse, enabling Leeds to become one of the world’s leading lights in the production of wool and textiles and locomotive building.”

The exhibition also explores the similarities between engines and the human body and how mechanical engines mimic some of the ways we produce energy including burning fuel.