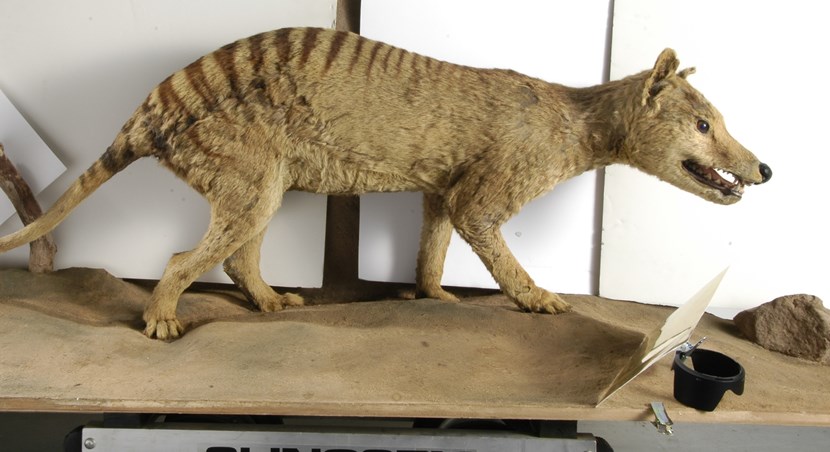 Object of the week- Tasmanian wolf

New research this month may have finally lain to rest the age old question of whether the mysterious Tasmanian wolf might still be alive somewhere.

But one place you definitely can still find a rather splendid example of the elusive marsupial is at the Leeds Discovery Centre.

The centre’s extremely well-preserved specimen of the curious creature is one of only eighty of its kind in the world and was originally shipped to Leeds from Australia in 1869.

At that time, the Leeds Philosophical and Literary Society was very active in collecting material from that part of the world and paid well for specimens, so Leeds is lucky enough to have not only a complete stuffed Tasmanian wolf but also five skulls in the collection.

Scientists officially declared the species had been wiped out back in 1936, not because of Victorian collectors but rather the victims of competition from indigenous humans and invasive dingoes.

But since then there have been hundreds of unconfirmed sightings in Tasmania and mainland Australia, leading to speculation that small populations of the strange animal could have survived.

Many subsequent searches took place and in 1983, American media mogul Ted Turner offered a $100,000 reward for proof of the continued existence of the Tasmanian wolf, also known as the Tasmanian tiger or thylacine, but to this day, no definitive evidence has ever been found.

And this month, mathematical modelling by experts at the University of California said the probability of a Tasmanian wolf still being alive today are a staggering one in 1.6 trillion, which means Leeds may be one of the last places on the planet where an example of the animal can still be seen.

Councillor Brian Selby, Leeds City Council’s lead member for museums and galleries, said: “The story of the Tasmanian wolf is a truly extraordinary one which has captured the imaginations of people across the world for more than a century.

“Whilst it would seem extremely unlikely that any of the animals are still alive, we’re still very fortunate to be able to learn more about them from the amazing specimens we have here in Leeds.

“They’re also a reminder or how fragile animals can be and of our duty to preserve and protect them wherever we can so no more unique species like the Tasmanian wolf are lost forever.”

Free public store tours of the Leeds Discovery Centre are held every Thursday at 11am and 2pm.

All visits are by appointment, and can be booked by calling 0113 378 2100 or emailing discovery.centre@leeds.gov.uk 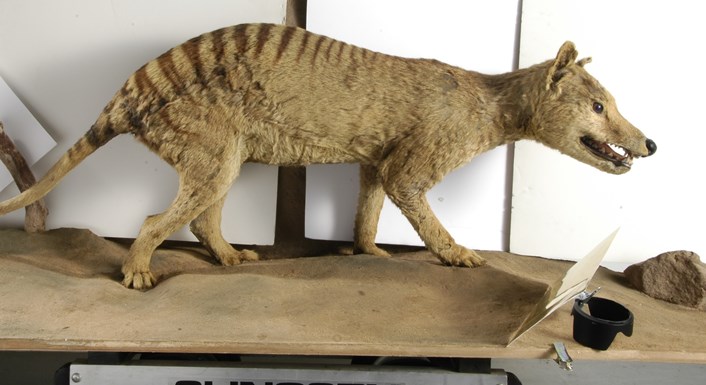