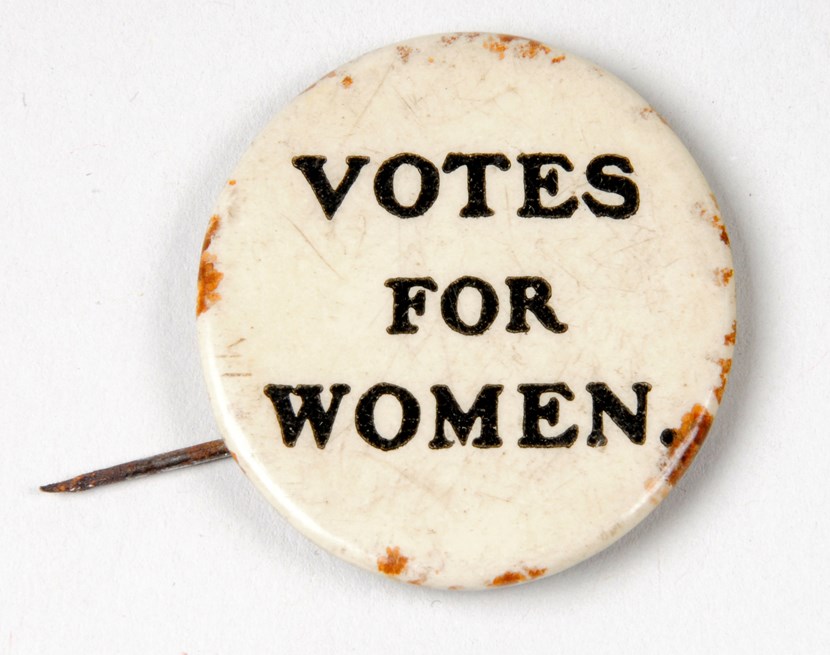 Object of the week- Suffragette badge

Part of a new display exploring the often tempestuous history of protests, this Suffragette’s badge is a small but poignant reminder of the struggle women once endured to secure the right to vote.

The badge is one of three currently on display at Leeds City Museum, paying tribute to the local and national Suffrage movements.

Leeds’s most famous Suffragette, Leonora Cohen, took part in protests across the country, notoriously ending up in London’s Holloway Prison in 1913 after damaging the cases holding the crown jewels at the Tower of London.

She was no less militant in Leeds, where in 1908 she attended a protest rally at Woodhouse Moor and, in 1913, smashed the windows of the Labour Exchange building during a visit from the then Prime Minister, H.H. Asquith.

But it wasn’t until after the First World War that some women over 30 gained the right to vote, a right which was extended to all women in 1928.

The badges are among a number of objects on display as part of Protest, which runs until September 10.

Curated by the Preservative Party, a group of young people aged 14 to 24, the display focuses on a few examples of those struggling to make a difference in Leeds.

Councillor Brian Selby, Leeds City Council’s lead member for museums and galleries, said: “The history of protests in Leeds is filled with stories of those who stood up and made their voices heard about an issue or cause that they believed in.

“People like the Suffragettes laid the foundations for the rights and freedoms that women enjoy today and it’s fitting that we pay tribute to their spirit, passion and determination.” 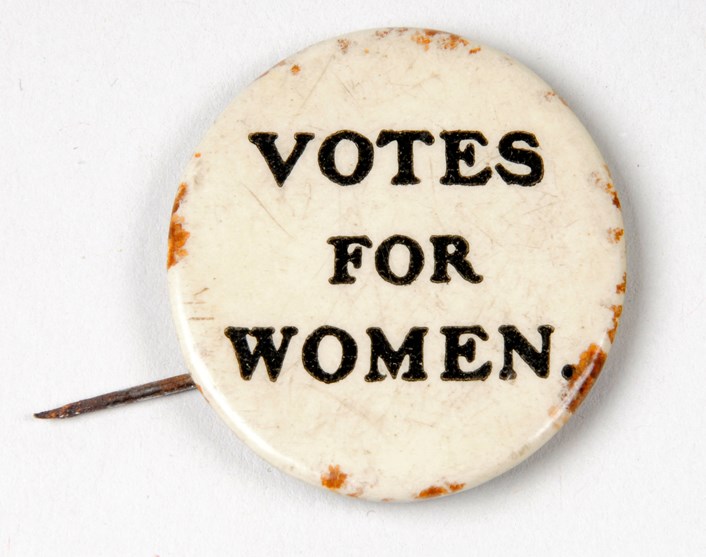