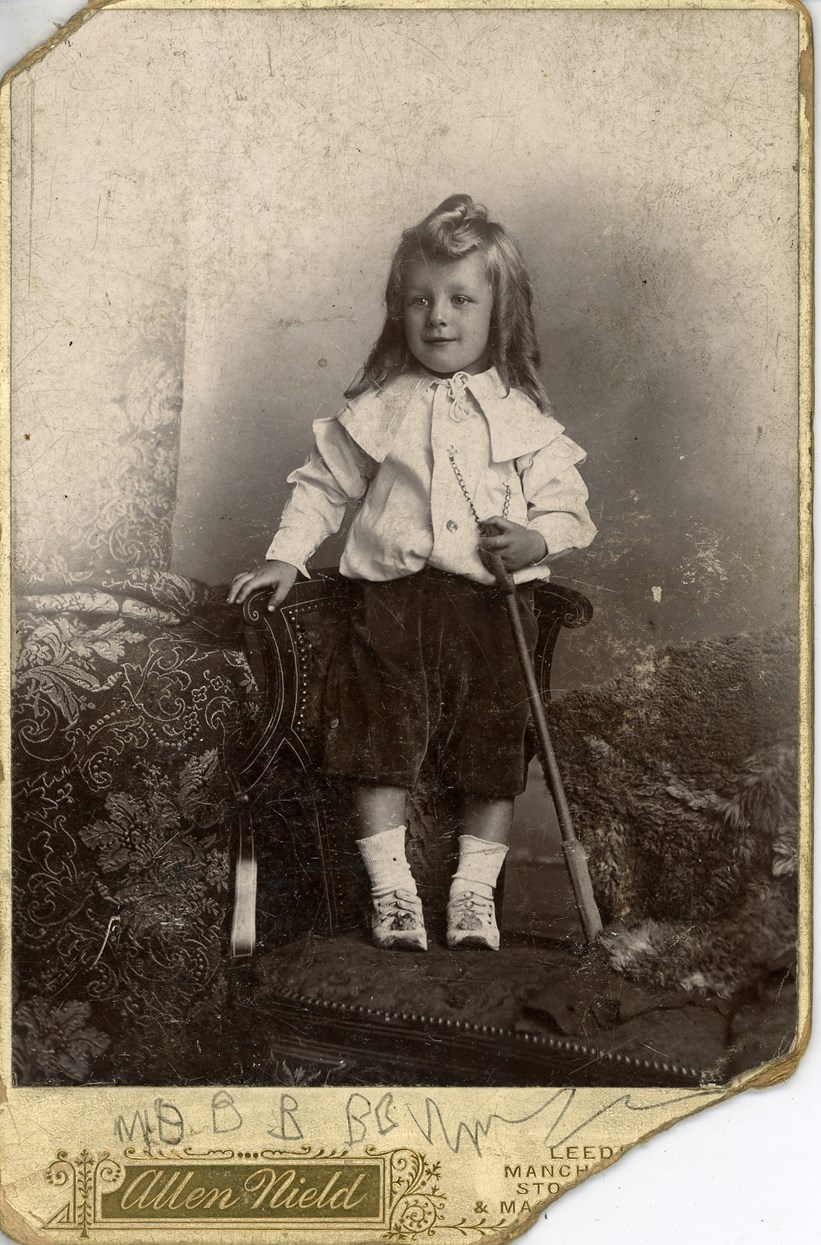 Object of the week- Photo of Clifford Jobbins

When young Clifford Jobbins proudly posed for this photo, he could never have known the resulting image would inspire a group of young history lovers more than 120 years later.

Clifford’s picture shows him sporting his very first pair of trousers and was taken in a Victorian studio in 1898.

The photo Clifford shows him wearing a full-length white dress along with his trousers, a rite of passage known at the time as breeching.

During Victorian times, boys were breeched when they reached around six years old up to the age of eight. Receiving a pair of trousers was seen as a symbol of growing up and was a cause for celebration among family and friends.

Victorian girls, on the other hand, had to adhere to strict rules on skirt lengths and hem lines.

Clifford’s photo caught the eye of a team of budding curators working with Leeds Museums and Galleries, who brought together a new exhibition charting the evolution of children’s clothes from Victorian Britain up to the modern age.

The Vintage Youth Club, a group of young people aged 13-21, chose the subject for the exhibition themselves and co-curated it alongside experts

Entitled He, She, They?, the exhibition at Abbey House Museum looks at how clothes have been made and styled for boys and girls to suit the trends and traditions of different eras, and how children’s clothing has evolved to become much less gender-specific today.

Angie Thompson, Leeds Museums and Galleries’ youth engagement officer, said: “Looking back through the collection has been a real revelation for the group and they’ve been able to see first-hand how clothes and gender roles have evolved not only to suit fashions and trends, but also to mirror the changing roles of adult men and women.”

He, She, They? The Changing Face of Children’s Fashion, runs at Abbey House Museum until January 19 2020. 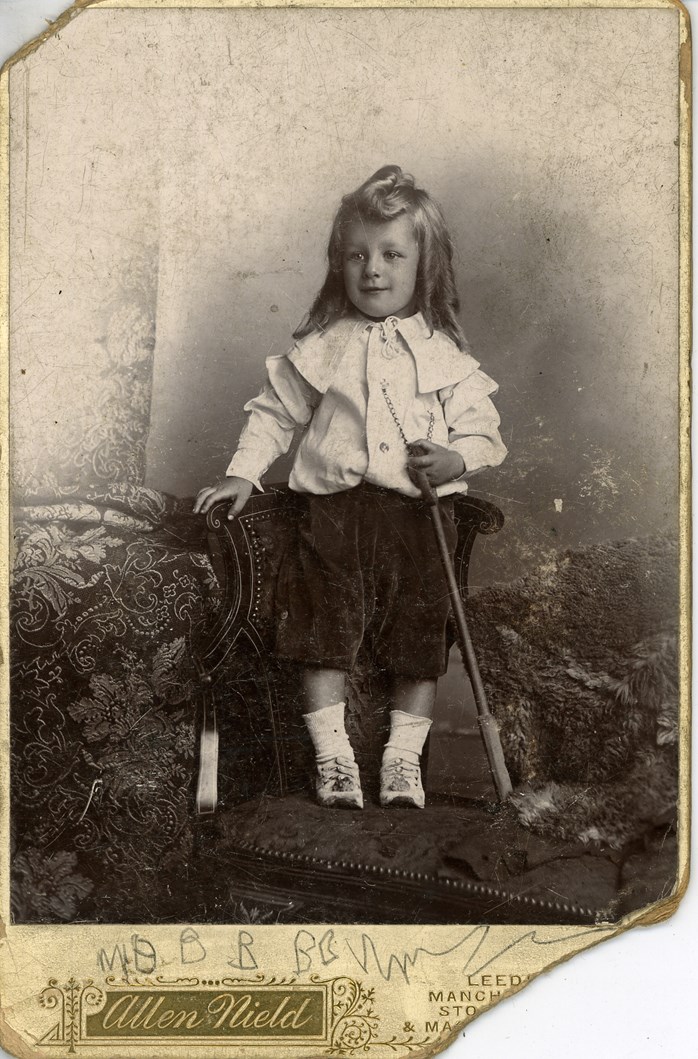