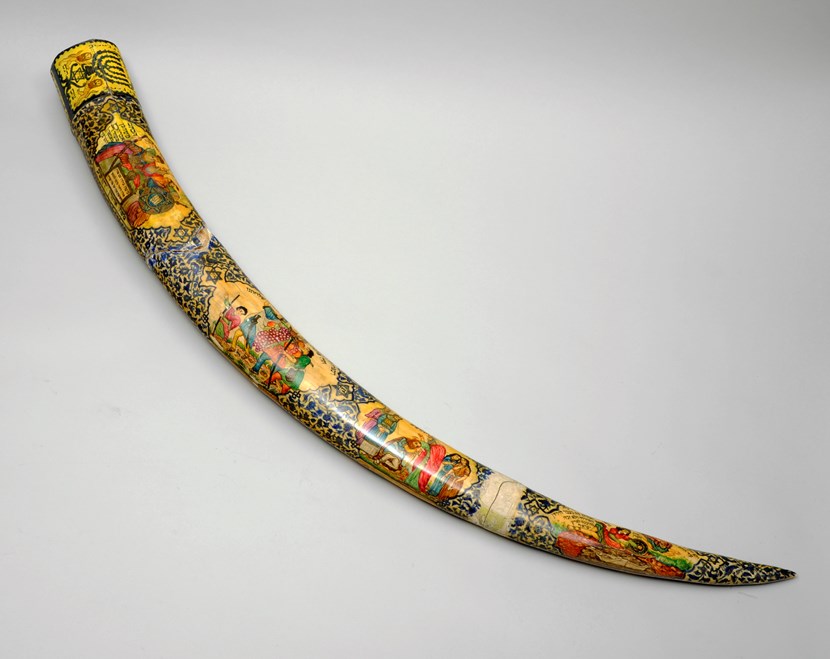 With its vibrant colours and lavishly-painted scenes, this ivory tusk is a beautiful and poignant reminder of the fragility of the planet’s endangered species.

The tusk depicts the life of Moses and other events from Torah and was confiscated by HM Customs from a Jewish Iranian family in the early 1980s after they were unable to prove it was a family heirloom when they entered the country.

It was loaned to Leeds by HM Customs in 1983 in a bid to educate the public about the import and export laws protecting endangered species.

The tusk’s intricate inscriptions were translated by a Hebrew teacher, revealing that, despite appearing to be an antique, it was actually made in 1933.

It originally went on display in 2012 as part of a successful exhibition called Treasured: Smuggled? Stolen? Saved, which was put together by the Preservative Party, a group of local young people who work with the museums and galleries team.

They wanted to explore how different items in the collection came to be in Leeds and the ethics around them.

“On the one hand it is visually stunning and a beautiful window into another culture. But on the other, it is also a reminder of the fragility of our planet’s endangered species and how they have been sadly exploited.

“I hope it gives visitors an opportunity to learn about the heritage of another country as well as prompting them to reflect on the importance of wildlife conservation.” 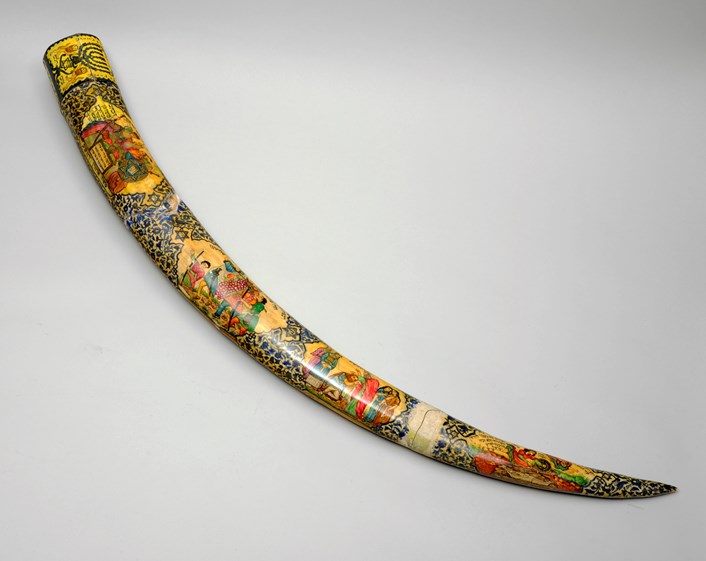