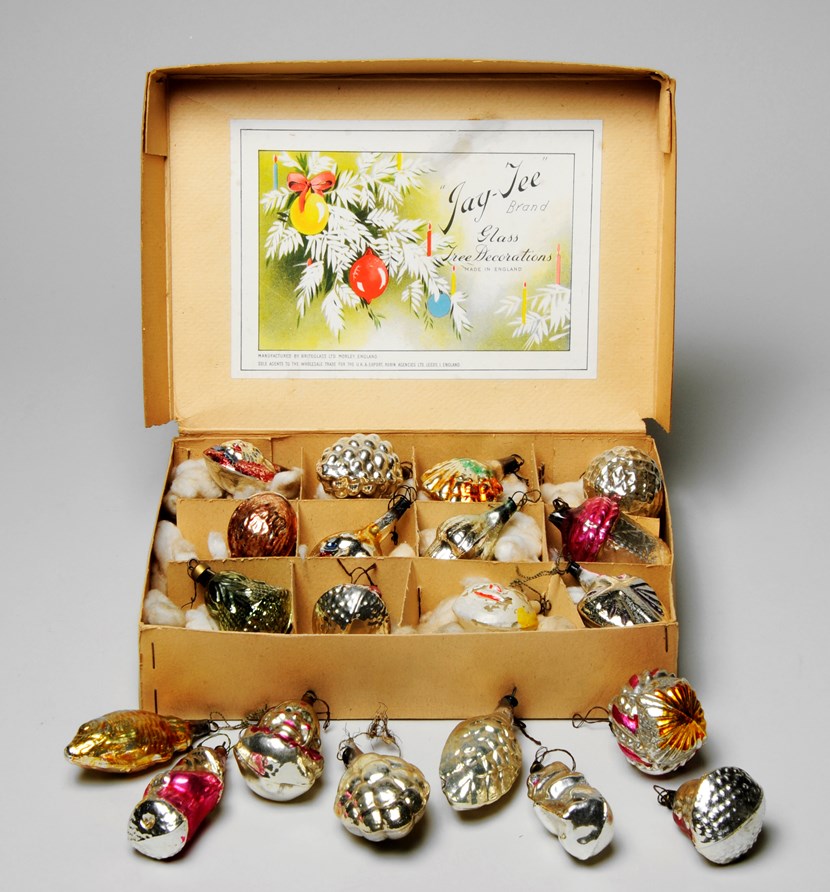 Object of the week- Leeds made Christmas baubles

During the Second World War, when rationing was at its peak, even festive cheer could be in short supply.

Fortunately, as these sparkling festive baubles show, home grown companies stepped in to make sure the Christmas season still had some sparkle.

Manufactured here in Leeds by Morley’s Briteglass Ltd, the Jay-Tee brand glass Christmas tree decorations were owned by Herbert and Maud Storer who married in 1944.

The box contains 21 glass baubles in total, including a goldfish, polar bear, walnut, acorns, clown faces, shell, lantern, Father Christmas and other shapes and was collected by Leeds Museums and Galleries in 2016.

Christmas baubles are believed to have been invented in Lauscha in Germany in the 16th century, becoming more popular from the 1850s when manufacturers began to add silver nitrate to them make them shiny.

Famous chain Woolworths started importing them to the USA from Germany in the 1880s, later selling them here when they set up in the UK, meaning most pre-war glass baubles in the UK would still have been imported from Germany.

Curators in Leeds believe this particular box of baubles was probably made because, during the war, traditional, German-made decorations wouldn’t have been available. The Leeds collection also includes a Woolworths set made in occupied Japan 1946-1954, again to replace those made in Germany.

The war would have been an incredibly anxious time, but families in Leeds were clearly still keen to decorate their houses and local companies stepped in to make sure they could in spite of any war time shortages. 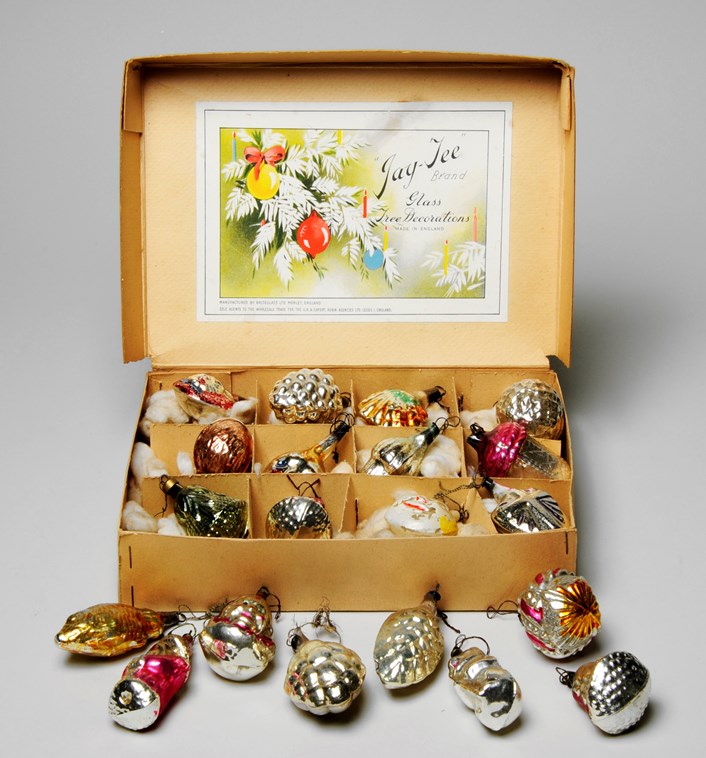