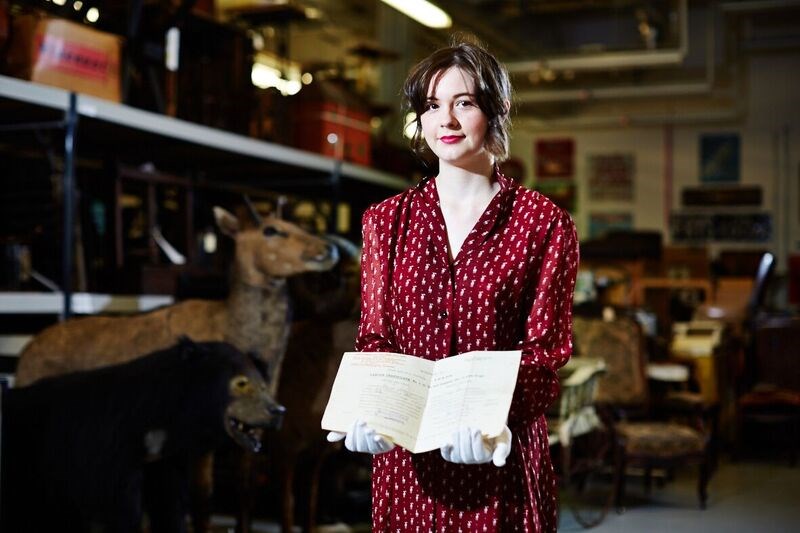 Object of the week- labour certificate

The sudden departure of fathers and husbands changed the dynamic of thousands of families in wartime Leeds.

While soldiers were off fighting on the front lines of the First World War, their wives and children struggled to adapt to a very different life at home, stepping into new jobs and going off to school whilst anxiously awaiting news from the trenches.

Some of the objects currently on display at Leeds City Museum aim to give an insight into what life was like for those who kept the city going during the Great War.

Among them is a labour certificate from the Leeds Education Authority dating from May 19, 1915.

The certificate was presented to Mary Strangeway, who had made 350 attendances each year for five years at Anne's R.C. School, showing how children continued with their education while the shadow of war loomed over the country.

The document originally came into the Leeds Museums and Galleries collection as war damaged property from the City Treasury, which experts think may have been bomb damage sustained during the Secord World War.

The certificate was chosen to feature in Leeds City Museum’s current In Their Footsteps exhibition by Helen Leatham, a member of the Preservative Party.

The group of young curators worked on the exhibition, which examines the impact the First World War had on the people of Leeds.

Helen said: “I have chosen the Labour Certificate as my star object because it gives me an insight into what a child's life was like on leaving school during the Great War.”

Councillor Brian Selby, Leeds City Council’s lead member for museums and galleries, said: “It’s incredible to think that, as war raged in Europe, children and families still went about their day to day business and kept the country moving.

“Objects like this certificate help us to build a picture of what life must have been like for those who had to adapt to so many extraordinary and unprecedented changes to their way of life.” 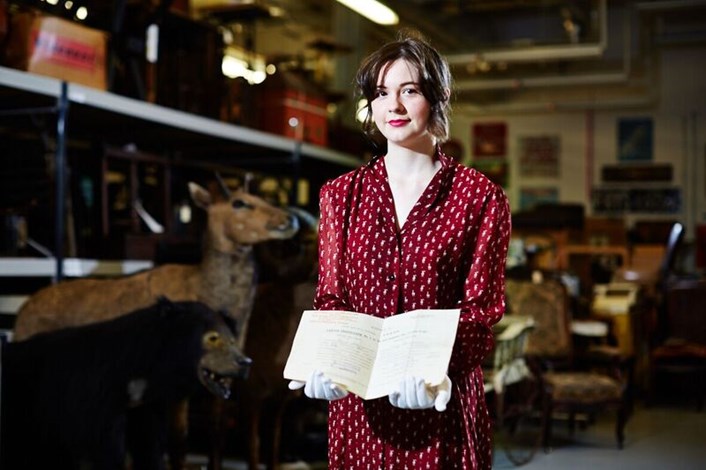