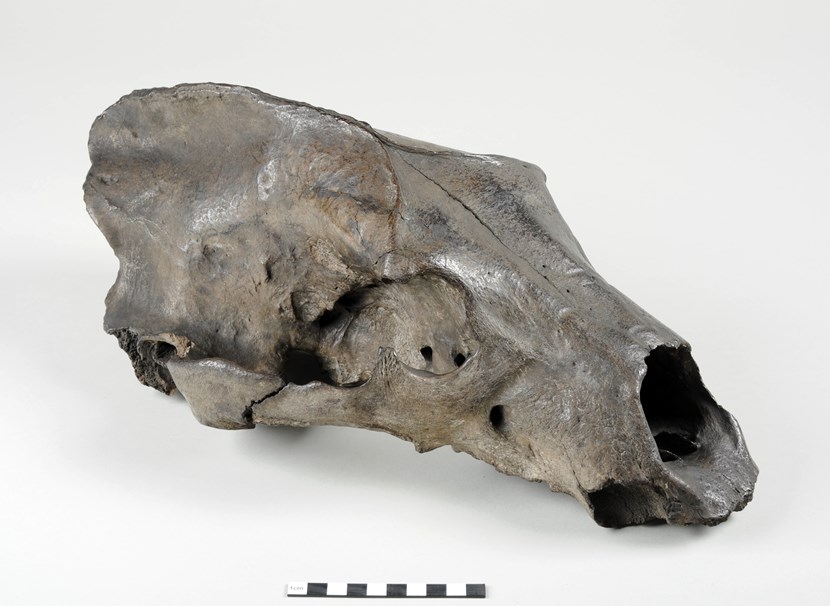 Excavated from the depths of an Irish peat bog, this ancient bear’s skull could be up to 11,000 years old and once puzzled some of the country’s most esteemed natural historians.

The skull, which currently resides at Leeds City Museum, comes from a species of bear known at Ursus arctos and was dug out of a bog in Co. Westmeath in the 1860s.

Unusually large and with an uncharacteristic elongated and flattered snout and it was once thought to be an entirely new species.

Curator Henry Denny, a noted naturalist and expert in insects who corresponded with the great Charles Darwin, used the skull in his studies in Leeds in the 19th century.

Denny sent photos of the mysterious find to professor Richard Owen, then of the British Museum and who would later be the first director of the Natural History Museum.

Owen advised him that the specimen probably came from an entirely new species of bear- but later studies have revealed that it actually comes from a brown bear.

Today it features in an impressive display of skulls and teeth at Leeds City Museum, which explores the animal kingdom’s best biters.

Also part of the display are teeth belonging to an Ichthyosaur, a dolphin-like marine reptile which lived 210 million years ago, the tooth of a Plesiosaur, a large, Jurassic ocean predator and the lower front tooth of a woolly mammoth.

They are shown alongside the skulls and teeth of more modern animals like a hyena, a wild boar and a crocodile.

Brown bears eat mostly insects and plant material and have a bite force of 850 PSI.

Skulls like the one classified by Denny are also used to study hundreds of thousands of years of bear evolution, and have helped scientists to discover the origins of all bears as well as giving them new insights into climate change by looking at how the animals evolved through the Ice Age.

Bite Me! can be found in the Life on Earth Gallery and Leeds City Museum is free to enter. 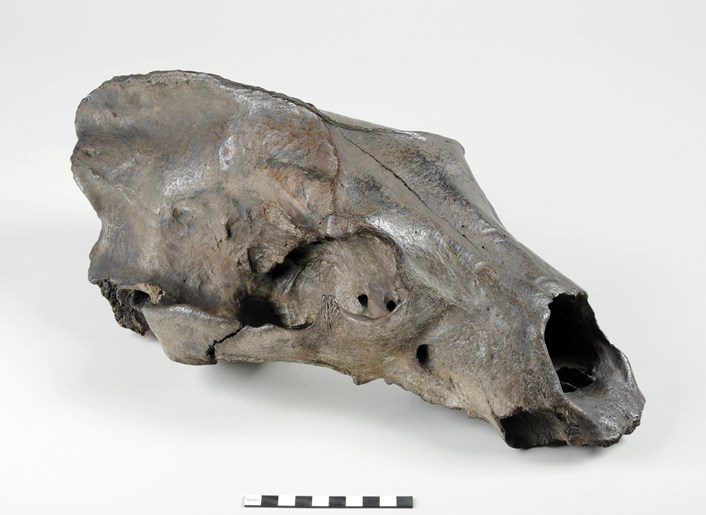