Work by the Leeds Anti-Social Behaviour Team (LASBT) and its partners to clamp down on noise nuisance has resulted in over 500 legal warnings being served across the city in the last year, new figures have revealed.

During 2014/2015, the council issued 534 Noise Abatement Notices against individuals living at properties which have caused unacceptable levels of noise. Failure by the tenants or occupiers to comply with the notice and change their behaviour can result in a criminal prosecution leading to a significant fine or conviction and removal of noise making paraphernalia from the property. If noise nuisance continues at the property despite such action being taken, the council can also consider using closure powers introduced as part of the Anti-Social Behaviour, Crime and Policing Act 2014. During the past year, equipment ranging from laptops, music speakers, televisions and computers was also seized by LASBT from 22 properties, while three Premise Closure Orders were also secured.

Following a revamp of the service in 2013 to improve how noise nuisance is tackled in Leeds, a designated daytime and out of hours’ phone number was launched, along with the introduction of mobile marked vehicles operating from 6pm to 3.30am, seven days a week. To further aid their work and response to calls from the public, LASBT has also recently taken delivery of a new van to their ranks. There to welcome the new addition in the Headingley area of the city, which last year was the focus of a targeted noise nuisance crackdown by LASBT, was Cllr Mark Dobson and PC Dave Woodfine.

“I have seen at first hand the misery caused by noise nuisance in our communities, and while there is certainly no room for complacency, I do believe that the results achieved over the last year demonstrate the action we are willing to take to crack down hard on this problem.

“This includes making full use of the powers at our disposal to serve in the last year over 500 Noise Abatement Notices on individuals living at properties with noise nuisance issues whilst also seizing noise making equipment at 22 properties and securing through the courts three Premise Closure Orders.

“Our fantastic team do a great job responding to incidents of noise nuisance throughout the day and night and it is great news that the service we provide will be enhanced further by the arrival of a new van. Suffering from noise nuisance or any type of anti-social behaviour is never something that people should be expected to put up with, and I would urge anyone experiencing any problems to contact us as soon as possible.”

“Unreasonable and persistent noise is a form of anti-social behaviour that can have a really detrimental effect on people’s daily lives. Everyone is entitled not to have their quality of life affected by excessive noise and the police and council work closely in partnership to tackle the issue.

“We have had some significant successes recently using the legislation available to us and will continue to do all we can to find lasting long-term solutions to address this type of behaviour.”

Noise Abatement Notices can be served as part of legislation contained under Section 80 of the Environmental Protection Act 1990. 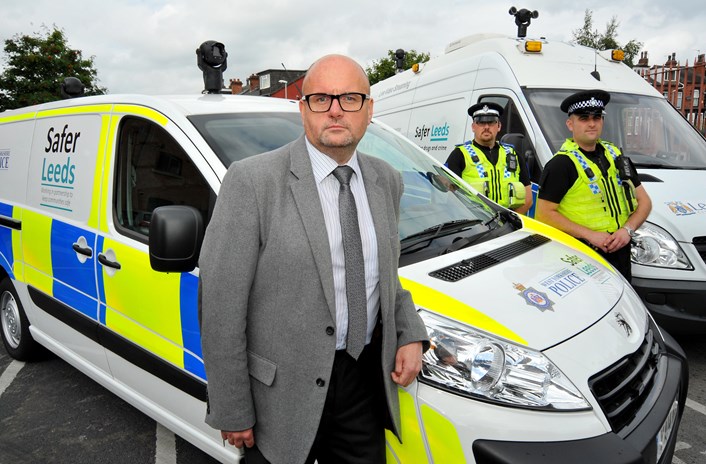