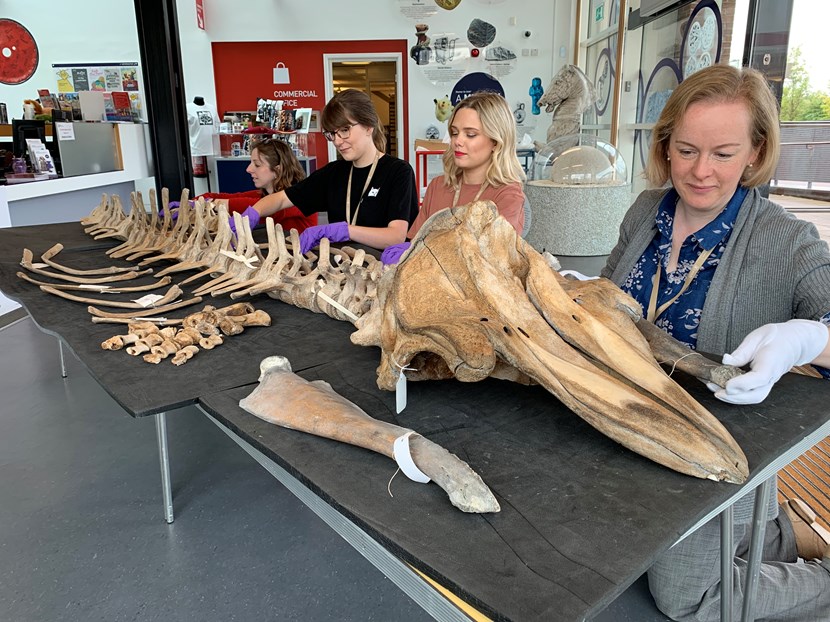 No bones about it, city’s Victorian pilot whale needs a name

Hundreds of delicate bones have been taken from storage and carefully counted before being painstakingly reassembled by experts.

The remains of the magnificent 152-year-old aquatic animal will go on display at Leeds City Museum this October as part of a new eco-awareness project, made possible by money raised by National Lottery players.

And curators are asking the people of Leeds to come up with the marine mammal’s ideal moniker as they look to start a city-wide conversation about the fragility of life in our oceans.

Ideas for names can be submitted over the next few weeks, and can be inspired by anything from stories and books to nature and the sea.

Rebecca Machin, Leeds Museums and Galleries’ curator of natural sciences said: “This magnificent animal has a fascinating and thought-provoking story to tell which reveals a lot about how our relationship with the ocean and its ecosystem has evolved over time.

“We really want people in Leeds to feel part of telling that story and to be inspired to think about how we can all do our part to protect the planet’s fragile species, both individually and collectively.

“By giving the public a chance to give the whale a name, we hope to engage as many people as possible and give everyone a sense that this is a display and an issue which belongs to us all.”

The museum’s pilot whale was killed by a group of fishermen off the coast of Scotland in 1867 alongside its entire group, known as a pod.

Its remains are usually kept at the Leeds Discovery Centre but, thanks to a grant of £8,300 from the National Lottery Heritage Fund as well as support from the Leeds Philosophical and Literary Society and the Friends of Leeds City Museum, the bones will be reassembled, articulated and hung from the ceiling of the museum.

Long-finned pilot whales are named for their long pectoral fins and the belief that groups had a leader, or “pilot”.

Usually found in the North Atlantic and Southern Hemisphere, they can grow up to 6.5 metres in length and weigh in excess of five tonnes.

Anyone with ideas for a name for the whale can submit them by emailing naturalscience@leeds.gov.uk by September 27. Entries can also come on social media, by tweeting @LeedsCityMuseum

A poem about the whale has also been commissioned and will be a key part of the new display. 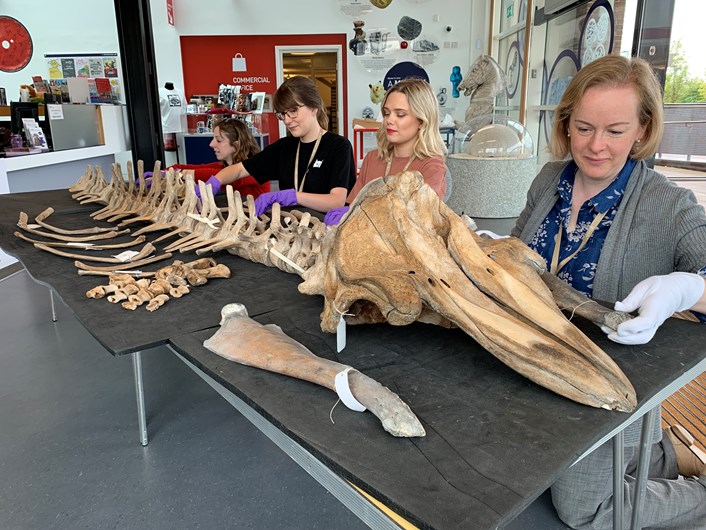