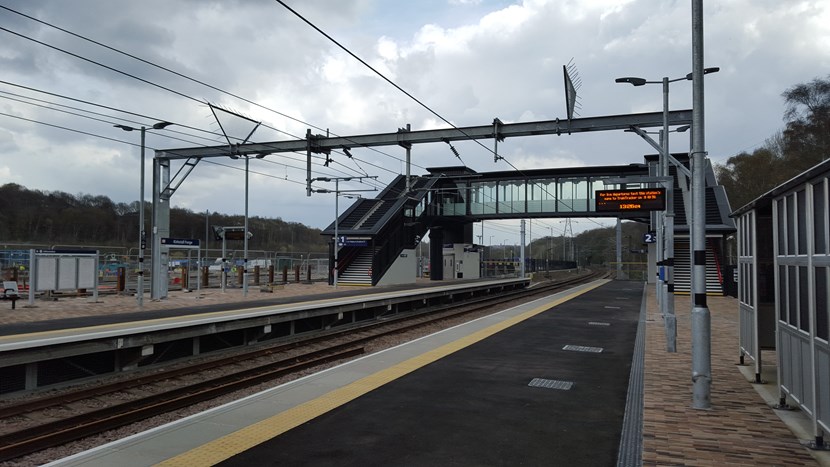 New rail station to open in Leeds this Sunday

Kirkstall Forge Station, which is located within the new Kirkstall Forge development, will open to passengers on Sunday 19 June. Initially, one train per hour will call in each direction, with additional services during the morning and evening peaks.

The new station includes a 129-space car park and a pickup/drop off point and, fully-accessible platforms with both staircases and ramps. It also has secure cycle parking and waiting shelters.

"It is fantastic news that rail services to the new Kirkstall Forge Station are about to open. The station has a key role to play in realising the major regeneration potential of the broader Kirkstall Forge development, bringing with it new jobs, training opportunities, housing and a range of office and leisure facilities to offer a significant boost to the local economy. We look forward to seeing lots of people making use of the new station and Kirkstall Forge as a prime destination as well as a gateway to the city centre and beyond in the weeks, months and years to come.”

“I’m delighted that the latest addition to West Yorkshire’s rail network is now open. The Combined Authority has worked closely with our partners to create a modern station to serve the Kirkstall Forge development, as well as people living close by.

“This brand new station at Kirkstall Forge is another example of the funding that we are putting into local transport in the North, boosting the Northern Powerhouse and generating economic growth throughout the region.

“Not only will the government’s £9.5m investment into Kirkstall Forge and Apperley Bridge rail stations bring better journeys for passengers in the area, it will also lead to up to £400m of private investment by the Commercial Estates Group into houses and jobs for the region.”

“The delivery of the rail station has undoubtedly provided the catalyst for extensive employment and residential development on this historic site. It has helped to secure a headquarter tenant for our first flagship office, which completes next autumn, marking the largest out-of-town commercial office building delivered in the region for more than 40 years.

“We look forward to welcoming the residents, workers, pupils, commuters and visitors who will use the station and enjoy fresh, sustainable new ways of living and working amongst acres of green space in a unique wooded riverside setting.”

“Kirkstall Forge is another major regeneration scheme within the Leeds City Region that has come to fruition as a result of effective partnership working between the public and private sectors. A LEP loan alongside other public and private sector investment, has supported the design and construction of this new station which has not only created jobs but generated further investment in the area and improved transport links to connect people to places and jobs.

“Kirkstall Forge train station, alongside the new riverside development of homes, office space, leisure and shopping facilities, continues to be an important addition to the City Region’s property proposition for investors and sets to benefit from continued investment into the area over the long-term.”

“I know how important Kirkstall Forge station will be to the local community in order to improve access to jobs, education and for leisure travellers as well. A growing railway requires this kind of investment to help deliver social and economic growth and the completion of this station is excellent news for not only Leeds, but West Yorkshire as a whole too.”

“This is more fantastic news for our customers as we start managing another brand new station in West Yorkshire; the second of three in the region. Kirkstall Forge opens up a cleaner, greener way of moving between Leeds, Ilkley and Skipton for the local community as well as helping reduce traffic on the roads. Fully accessible, the station’s car park will also be welcomed by our commuting customers.”

Building work has started at the Kirkstall Forge development, with the first 110,000 sq ft, seven-story flagship office due for completion in 2017, anchored by two pre-lets. CEG’s 57 acre development is set to become home to a thriving mixed-use community in a unique wooded, riverside setting. Ultimately it will comprise of 1,050 new homes, 300,000 sq ft of offices and 100,000 sq ft of retail, leisure and community space, creating around 2,400 new jobs.

WYCA’s Rail Growth Package was granted ‘Full Approval’ by the Department for Transport (DfT) in May 2014 and awarded £9.573m funding towards the £15.9m scheme for both Kirkstall Forge and Apperley Bridge stations. The remaining cost is made up of local funding contribution, which includes a private sector contribution of over £5m, supplemented by WYCA funding.

Timetables can be found under the Airedale, Wharfedale and Leeds-Bradford timetables at www.wymetro.com/TrainTravel/traintimetables/RoutesAndTimetables/

Further information about Kirkstall Forge Station is available at www.wymetro.com/news/projects/projectdetails/kirkstallforgerail

Further information about the Kirkstall Forge development is available from victoria.walker@ceg.co.uk (T: 07876 548498) or at www.kirkstallforge.com

A fly-though of the Kirkstall Forge site is available at https://vimeo.com/170577453

Leeds City Council is the second-largest local authority in England with a population of around 776,000. Leeds has an ambition to be seen as the best city in the UK and is also looking to bid to become European Capital of Culture 2023. Visit the website at www.leeds.gov.uk

West Yorkshire Combined Authority (WYCA) is the driving force for economic growth across the Bradford, Calderdale, Kirklees, Leeds and Wakefield districts and the City of York Council area. It brings together key decision-makers, including the Leeds City Region Enterprise Partnership (LEP), into a single body, putting West Yorkshire and the wider Leeds City Region, which includes the City of York and parts of North Yorkshire, in a much stronger position to deliver greater economic growth by using transport to improve access to jobs and leisure, making the City Region a better place to live and work.

CEG is a nationwide placemaking company with offices in Leeds, London, Harrogate and Cornwall. 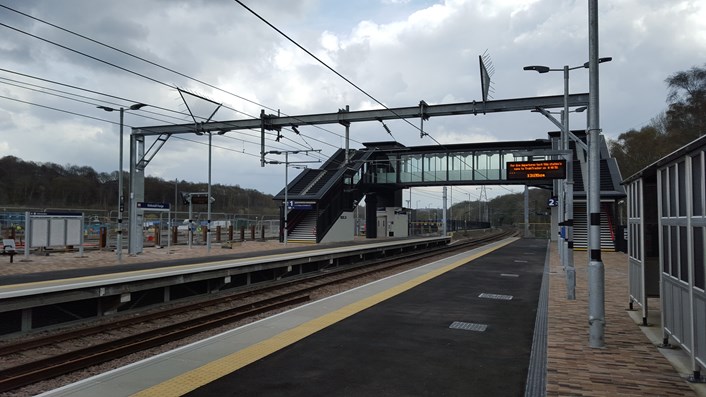