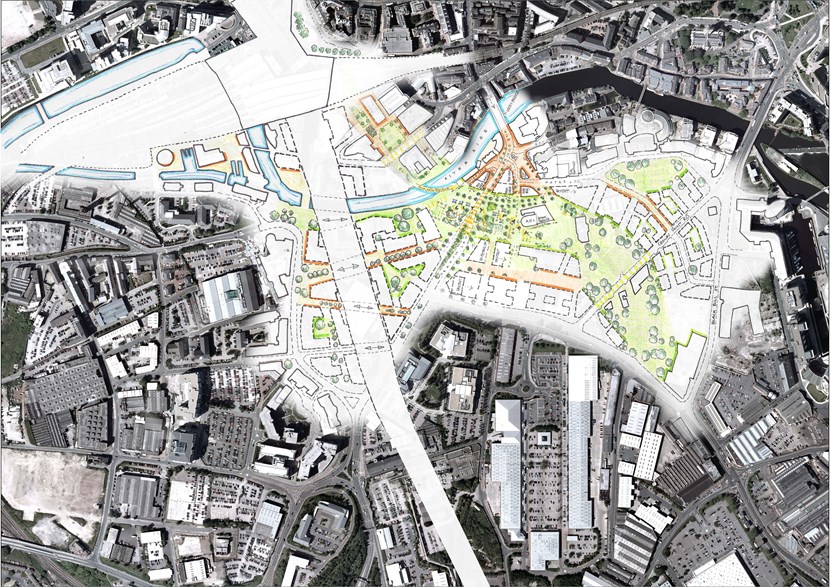 The creation of a landmark new park in Leeds city centre is set to move a step closer at a meeting this week.

A request to approve developing the plans for the first phase of a new park to be located on land at and neighbouring the former Tetley Brewery site in South Bank Leeds will be considered by the council’s executive board when it meets at Civic Hall on Wednesday (7 February).

The new park forms a centrepiece of South Bank Leeds, which aims to effectively double the size and economic impact of Leeds city centre and is one of the largest regeneration schemes of its type in Europe.

The park is envisaged to be approximately 3.5 hectares in size when fully complete, and creating it would deliver the public’s number one priority for the area, following feedback received in consultation about the South Bank carried out in 2016.

The land proposed for the park covers multiple landowners, with Leeds City Council working with the biggest of those Vastint UK to support the delivery of the initial phase of the park. Executive board approval would see further work carried out on detailed design for the park along after Vastint secured Outline Planning permission in 2017. Work will also consider with how the park is to be managed. Construction work on the park could begin in late 2019 with phased implementation over the next five years.

To further support the plans, Leeds City Council proposes to redevelop its own land at Meadow Lane – a site which adjoins the former Tetley Brewery – with some of this land becoming part of the park, and with the road connections there altered to help reduce traffic dominance in the area. Potential new development opportunities at Meadow Lane would also see contributions made to support the park’s delivery.

To manage the park, Leeds City Council is proposing to take out a long term lease for the whole city park site, working with the landowners involved to set up and deliver a sustainable structure to govern the park which could be as a community interest company, which would see the park established and maintained as a key civic asset.

The new park would be a key welcoming public greenspace at the heart of South Bank Leeds, which aims to provide more than 35,000 jobs and over 8,000 homes and become a leading European destination for living, working, leisure and visiting. It is already home to a new educational hub accessed by over 10,000 students and will also feature community facilities and leisure attractions to further strengthen connections with surrounding areas and the wider city as a whole.

Aside from being a major new attraction, the park would link the various elements of the South Bank together and with the local communities. It also has the potential to be a venue for hosting events.

As well as being a place to visit, it would also connect directly to the new HS2 entrance of the remodelled Leeds Station, and to the greenspace at Sovereign Square via a new footbridge.

“The new city centre park at the heart of the South Bank is a hugely exciting project. It will help make the city centre cleaner and greener, and it will be a welcoming new destination and attraction for the city in its own right, a place where people will want to live, work close to, visit and spend time.

“The public consultation told us a park was the top priority so together with Vastint and the other landowners involved we are committed to doing everything we can to deliver it, not only as a landmark public centrepiece for the South Bank but the whole of Leeds to enjoy and benefit from.”

“At Vastint UK we work to create distinct urban environments rarely seen before in this country, inspired by how people enjoy working and living in the modern world. We are so excited about the prospects for this area of Leeds and the park will be a key centrepiece for its future regeneration.”

Between August and December 2016 public consultation was carried out on the South Bank Leeds Framework Plan. Over 32,000 individual responses were received, with the delivery of a new city centre park being highlighted as the top priority.

Vastint is an international real estate developer which creates long-term value through property investment. Vastint has over 25 years’ experience and schemes across Europe. 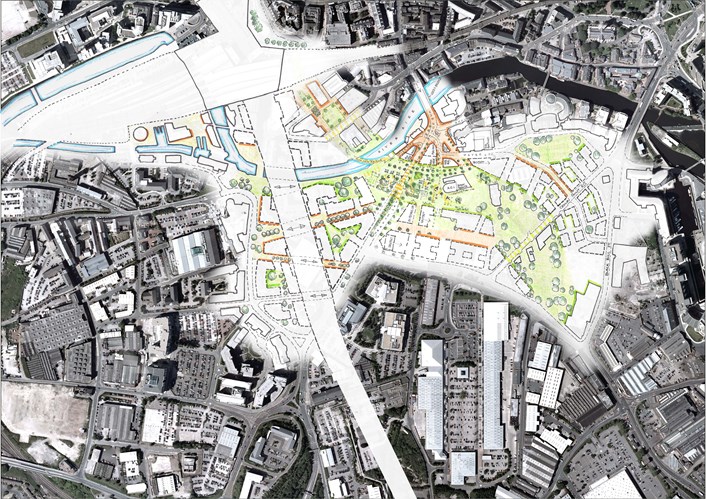