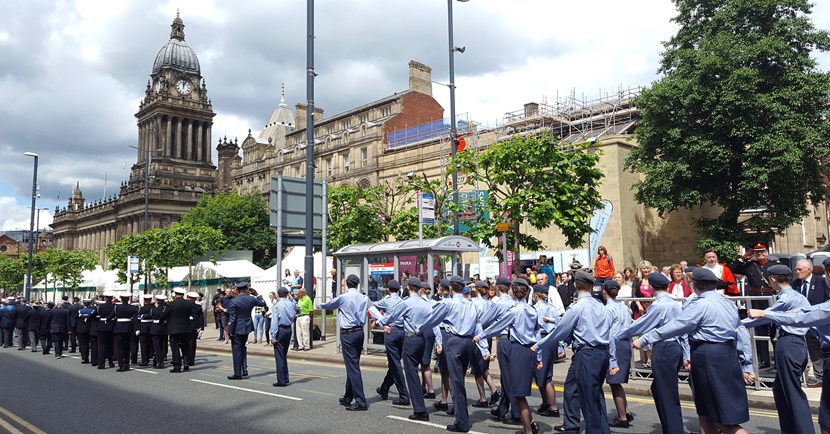 One of the city’s most popular civic events, Leeds Armed Forces Day, will this year be held in a brand new city centre location.

As part of a special day of celebrations marking the courage, dedication and commitment of personnel serving in the British Armed Forces, Briggate will become home to a range of free activities and events as part of a packed programme of family fun on Saturday 23 June, from 11am to 4pm.

This year’s event is particularly special as we mark the Centenary this year of the Royal Air Force. The city’s RAF veterans organisations and reservist units will be coming together to see Briggate become a new base for one day only.

The day’s offer will include an exciting line up of live entertainment including performances by the West Yorkshire Police band, the City of Leeds Pipe band, and some students from the Leeds College of Music. Alongside will be an opportunity to get active on a 27ft climbing wall, experience life as an RAF pilot on a high-tech flight simulator, or take part in a range of arts, crafts and face painting. Those in attendance will also have the opportunity to suit up and wear kit worn by military personnel, and see at close-hand some of the weaponry that the services use.

There will also be a great array of displays, military vehicles and military related stalls, with the opportunity to speak to military charities and veterans group, and to hear inspiring stories about time service in the forces and the diverse nature of service. The city’s veteran community will also be on parade, allowing the general public to once again turn out to show their appreciation for the service and dedication of our forces veterans.

Hosting the event will be the new Leeds Lord Mayor, Cllr Graham Latty, in what promises to be another fantastic occasion.

To keep up to date on timings for Armed Forces Day and programme details, please see: www.leeds.gov.uk/armedforcesday

An official Armed Forces Day launch, including a flag-raising ceremony, will be held on Monday 18 June.

“It is a privilege to be given the honour of hosting the city’s Armed Forces Day celebrations in its new exciting form in Briggate, and this year’s programme is one of the largest and varied yet.

“As a city, we are extremely proud of our armed forces personnel and the vitally important work that they are undertaking with such great dedication and professionalism around the world. We continue to be extremely keen therefore to see Leeds play its full part in the national Armed Forces Day celebrations, and would like to offer a big thank you to everyone taking part and who has contributed to the organisation of the event.”

“This is a brilliant opportunity for people of all ages to show their appreciation to our armed forces, reservists, veterans and cadets and also find out more from serving personnel and veterans about what they do and listen to their own experiences.

“A wide-range of events and activities will be on offer including a parade, stalls and entertainment perfect for all the family, in what has rightly become one of our city’s most popular civic events.” 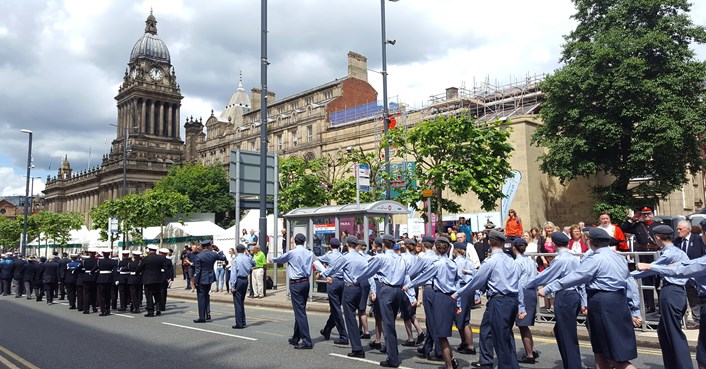