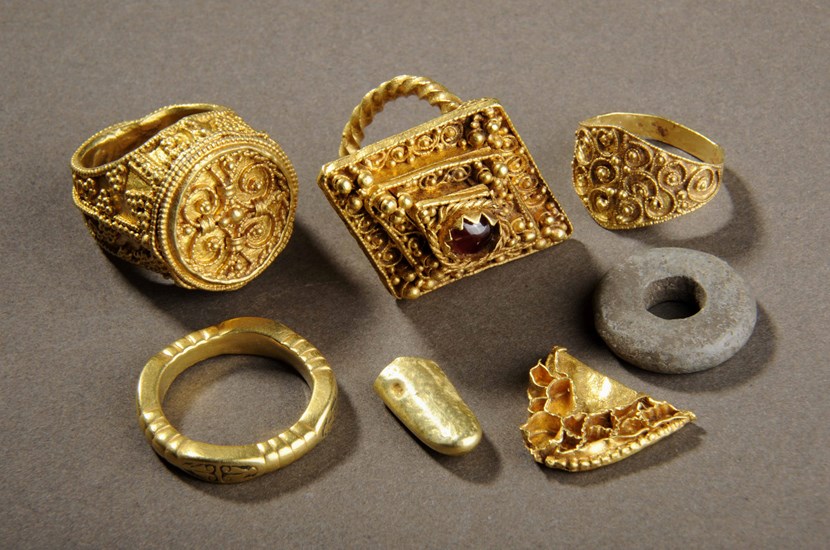 A spectacular hoard of Anglo Saxon gold unearthed by a metal detectorist in a Leeds field will take pride of place in a new specially created digital exhibition this week.

The West Yorkshire Hoard includes seven stunning objects and will feature in the high-tech display at Leeds City Museum.

The new exhibition, made possible by a significant grant from the Art Fund through their Treasure Plus scheme, supported by The Headley Trust, will include new bespoke cases and mounts, new interpretation panels and a touchscreen display that will allow visitors to examine the pieces in 3D.

Until now, the exact location of the incredible find has remained a closely guarded secret.

But for the first time ever, the museum will also be able to reveal whereabouts in Leeds the discovery was made when the exhibition launches on November 10.

Six of the objects in the hoard, which was discovered in two stages in 2008 and 2009, are gold jewellery dating from the seventh to 11th centuries.

The most visually striking is a stunning gold ring with a lozenge-shaped bezel set with a garnet gem.

Completing the display are three more beautiful gold rings, a gold brooch fragment, a gold ingot fragment and a lead spindle whorl, which was used to spin wool into yarn.

The hoard has been called the most significant find of Anglo Saxon jewellery ever in the Leeds area and in 2012, the British Museum's Portable Antiquities Scheme (PAS) named it among the leading finds in the UK in the last two decades.

The artefacts were acquired by Leeds Museums and Galleries in 2012 following a fundraising appeal the previous year, along with grants from the Art Fund, the Friends of Leeds City Museums and The Leeds Philosophical and Literary Society.

The success of the appeal saved the hoard from public auction, and the artefacts have since been on temporary display.

Now, thanks to the grant funding, museum visitors will be able to fully experience one of the city’s most important discoveries.

“The West Yorkshire Hoard is among the most beautiful, significant and intriguing finds ever to be discovered in Leeds and a lot of hard work has gone into ensuring we can display it in a way that captures just how important it is to the city.

“It’s also very exciting that we will be able to reveal where in Leeds this incredible treasure was found for the very first time.”

“The story of the West Yorkshire Hoard is fascinating and picturing the discovery of such a stunning piece of history right here in Leeds really captures the imagination.

“Since it was found, the Leeds Museums and Galleries team have worked tirelessly, firstly to ensure the hoard stayed in Leeds and now to make sure it is given the sort of prominence and profile it deserves. This display is a credit to them and a jewel in the crown of the museum’s collection.”

- The 2011 fundraising campaign to keep the West Yorkshire Hoard in Leeds received contributions from The National Heritage Memorial Fund, The Art Fund (with a contribution from the Wolfson Foundation), the Headley Trust, Leeds Philosophical and Literary Society, Friends of Leeds City Museums as The Goldsmiths’ Company as well as local societies and the public.

The Art Fund is the national fundraising charity for art. In the past five years the Art Fund has given £34 million to help museums and galleries acquire works of art for their collections. The Art Fund also helps museums share their collections with wider audiences by supporting a range of tours and exhibitions, including ARTIST ROOMS and the 2013-18 Aspire tour of Tate’s Salisbury Cathedral from the Meadows by John Constable, and makes additional grants to support the training and professional development of curators.

The Art Fund is independently funded, with the core its income provided by 117,000 members who receive the National Art Pass and enjoy free entry to over 230 museums, galleries and historic places across the UK, as well as 50% off entry to major exhibition. In addition to grant-giving, the Art Fund’s support for museums includes the annual Art Fund Prize for Museum of the Year, a publications programme and a range of digital platforms.

Find out more about the Art Fund and the National Art Pass at www.artfund.org 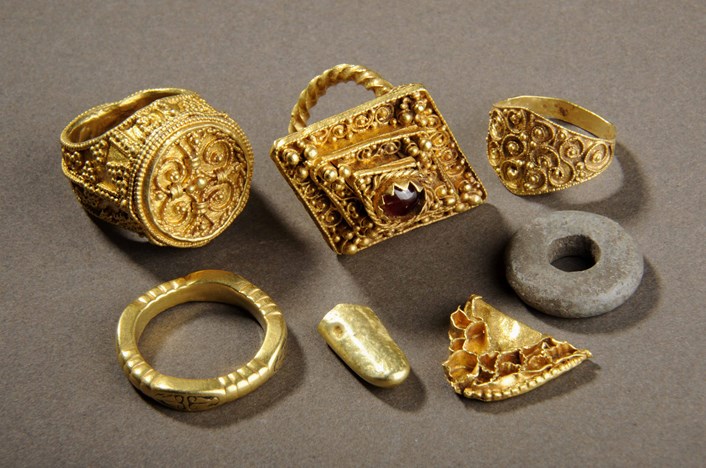