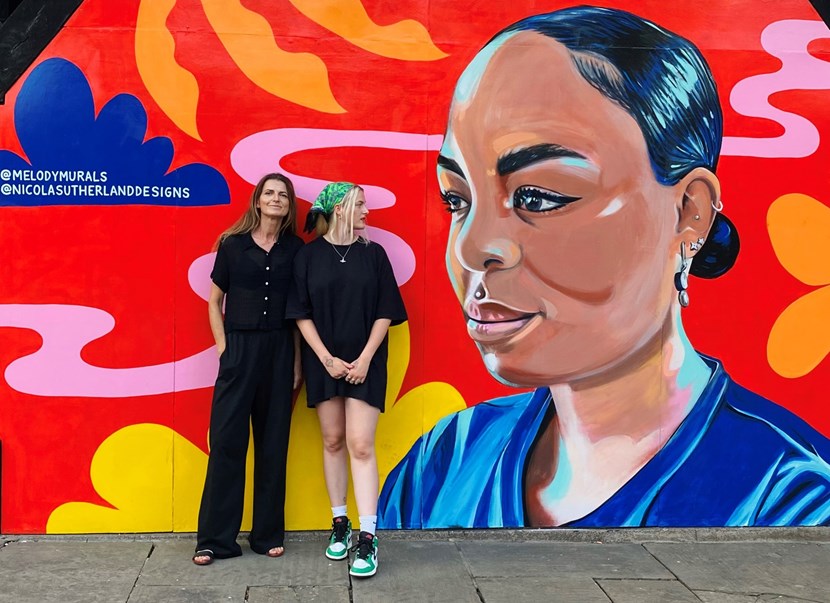 A new collection of artwork is adding a thought-provoking and visually-vibrant extra dimension to a popular piece of green space in Leeds city centre.

She was tasked with using her talents to shine a light on the stories of people of marginalised genders – including young women and girls – from Leeds.

And Melody has done exactly that, working in conjunction with her mum, Nicola, who is herself an artist, to produce a pair of colourful large-scale murals on the gatehouse-type building that runs along the northern edge of the gardens.

Benches and bins around the site – located between Merrion Street and New Briggate, next to St John’s Church – have also been given eye-catching paint-jobs.

As part of her work on the project, Melody interviewed 10 people of marginalised genders aged from 10 to 26 about their lives, their hopes for the future and their views on the wider world.

The faces of two of her interviewees feature on the gatehouse murals, while metre-square portraits of the other eight will shortly be going up on the site’s perimeter railings.

An information board is also being installed that will display a QR code linking to a YouTube documentary about the project which has been pulled together by up-and-coming film-maker Rob Whiteley and includes extracts from Melody’s research interviews.

The outdoor gallery will, it is hoped, make Merrion Gardens more welcoming than ever for people of all ages and backgrounds, while giving visitors the ideal opportunity to pause for thought and reflect on the challenges that continue to be faced by marginalised members of society.

The scheme complements other recent improvements in this corner of the city centre, including the construction of a new children’s play area in Merrion Gardens, funded by the council and its Inner North West Community Committee.

Summertime picnic benches have been put in place in the grounds of St John’s, while a permanent traffic-free space – perfect for outdoor dining and socialising – has been created on New Briggate by pedestrianising the lower end of the street.

Melody’s artwork will be officially unveiled to the public at a free launch event in Merrion Gardens next Saturday, July 30.

The event, running from midday to 4pm, is aimed at people of all ages and will offer music, refreshments and games as well as a chance to find out more about the project and meet some of the interview group.

“We want to make sure that spaces like Merrion Gardens are appealing and attractive to everyone in Leeds, and this project is a great example of how we are achieving that.

“The new artwork looks tremendous, it adds a real splash of colour to a much-loved spot in the city centre. Just as important, though, is the message it sends out – that our city is a place where people of all backgrounds can feel welcome and live their best lives.

“Melody has done a wonderful job and our thanks go to her and all of the young people involved. They should be very proud of the part they have played in creating something with such a positive and celebratory purpose.”

Speaking about the project, Melody said: “This has been massively rewarding to work on and I’m really pleased with the results – hopefully it makes Merrion Gardens a more welcoming and inclusive space for all.

“A big thank you to everyone who has lent their support, including my mum, the council and, of course, the young people who spoke so honestly and movingly about their life experiences.

“Talking to them and having the opportunity to tell their stories was incredibly inspiring. It’s great to see people who might previously have found themselves in the background of society instead going front and centre in a project like this.”

Melody’s interviews were carried out following community engagement work arranged with the help of groups and initiatives such as Out 2 18, The Shine Project and Leeds Youth Voice.

The artwork scheme received funding from the Government’s Welcome Back Fund, which was itself supported by the EU’s European Regional Development Fund. The Welcome Back Fund was designed to assist councils across England with the safe post-pandemic reopening of their local economies by making town and city centres as welcoming and friendly as possible for visitors, residents and businesses alike.

The ongoing improvements in and around Merrion Gardens and New Briggate form part of a wider council-led transformation of the city centre, with other high-quality pieces of public realm having been created at locations such as the Corn Exchange and Cookridge Street. 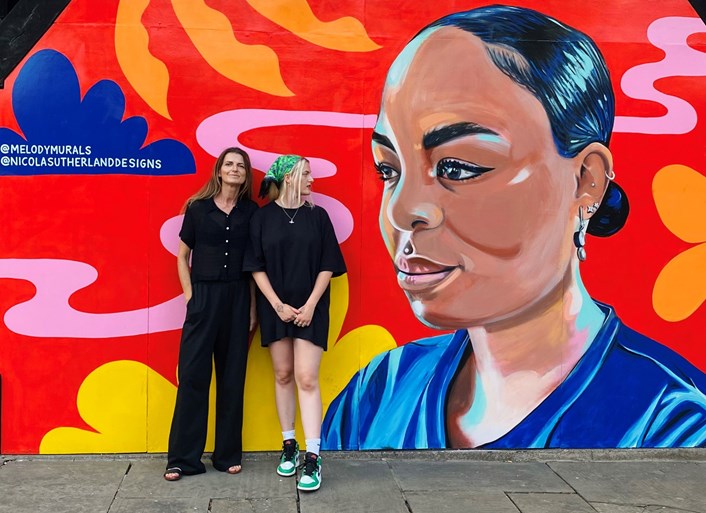 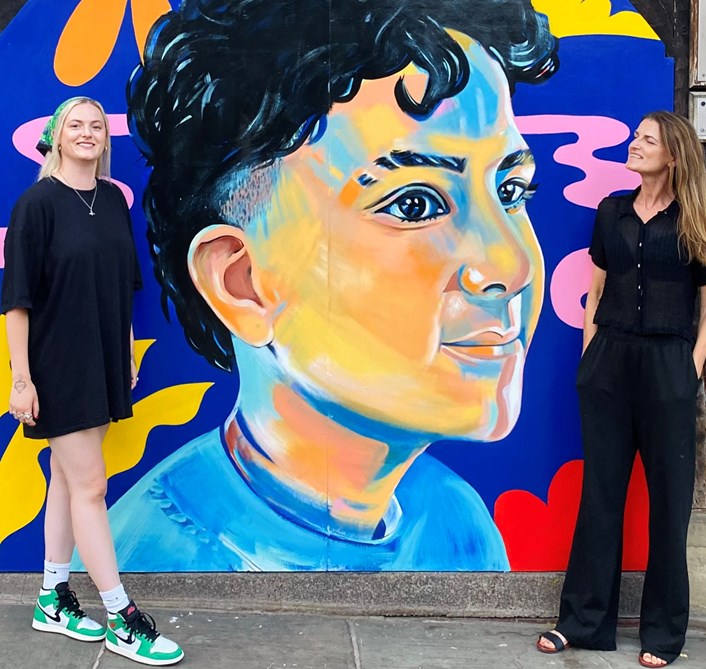 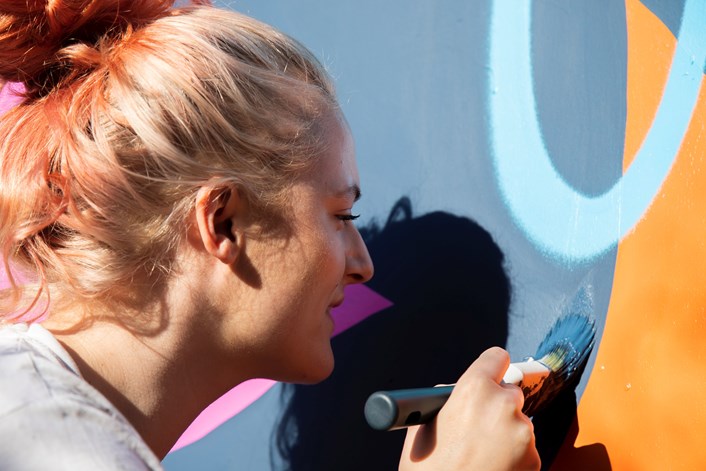 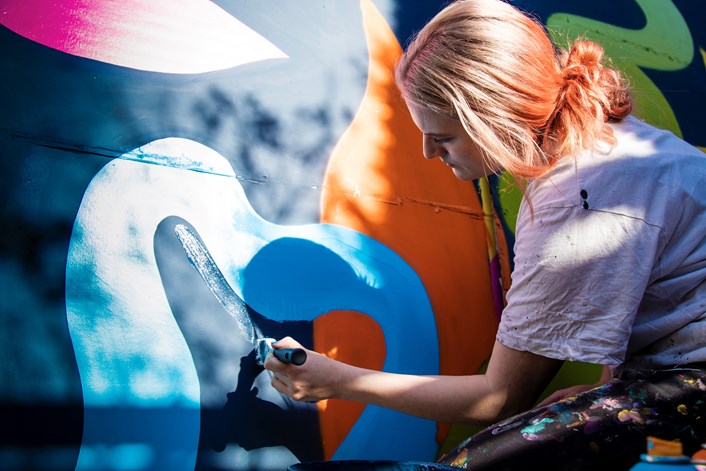 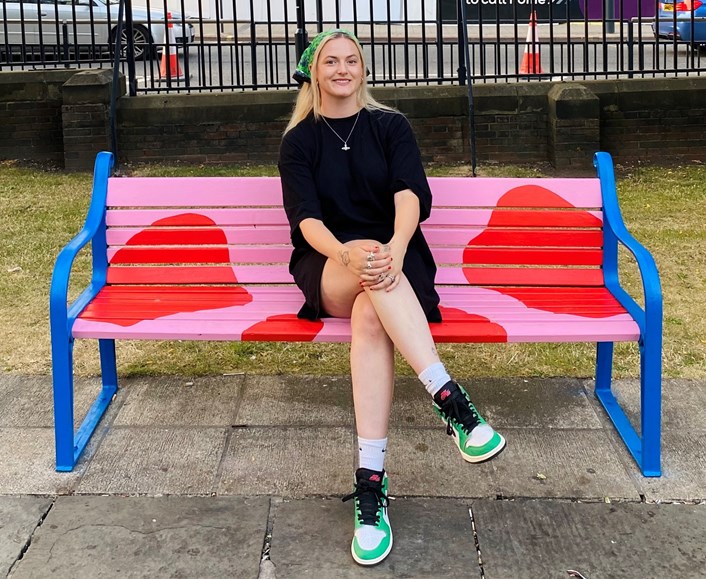