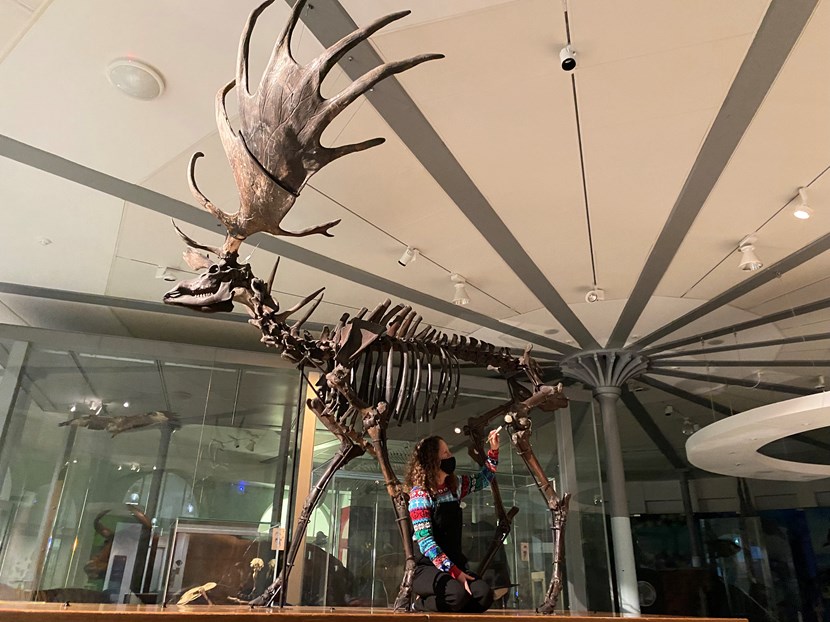 Museum’s deer friend gets spruced up in time for Christmas

Sporting the biggest antlers the world has ever seen and standing more than seven feet tall, it’s a super-sized specimen that could even give Rudolf a run for his money.

And this week experts have been treating Leeds City Museum’s 10,000 year-old giant deer to a pre-Christmas clean as visitors get the chance to step back in time and learn about the incredible creatures of the Ice Age.

One of the most recognisable exhibits in the museum’s spectacular Life on Earth Gallery, the towering ruminant roamed the Earth during the Pleistocene era more than 7,000 years ago and was among the largest deer to have ever lived.

With the scientific name Megaloceros giganteus, meaning “giant horn”, the species also had the largest antlers of any known deer, measuring around 12ft from tip to tip.

During the 19th century, remains of giant deer were abundant in Ireland, with a thriving trade developing through sales to museums and for use as impressive ornaments in stately homes.

Discovered at Lough Gur near Limerick, Leeds City Museum’s skeleton was originally purchased in 1847 by the Leeds Philosophical and Literary Society from Glennon's in Dublin for the sum of £38.

This week Clare Brown and Rebecca Machin, Leeds Museums and Galleries’ curators of natural sciences, took on the mammoth task of clearing accumulated dust and dirt from its colossal antlers.

Clare said: “The giant Irish deer must have been a truly spectacular sight and its remains are a stunning reminder of the remarkable prehistoric megafauna which walked the Earth during the Ice Age.

“A specimen of this size and scale which is displayed in such an eye-catching way can attract a lot of dust so it’s a difficult and ongoing task to keep it clean.

“Now it’s looking its best, we’re looking forward to welcoming visitors to the museum over Christmas and giving them the opportunity to learn more about a very different and enthralling time in the history of the planet and its animal kingdom.”

As well as the deer, the museum’s Ice Age trail will include a chance to spot the snow leopard and see how many wintry creatures you can find dotted around the museum. The trail is free and suitable for families with children of all ages.

Councillor Jonathan Pryor, Leeds City Council’s executive member for economy, culture and education, said: “The Leeds Museums and Galleries collection includes some incredible specimens and we’re extremely lucky to be able to be able to see them on display.

“It’s also inspiring to see those collections interpreted in so many imaginative ways over the festive season, giving visitors a chance to explore them in new and engaging ways.”

For more information on the Ice Age trail, visit: https://museumsandgalleries.leeds.gov.uk/events/leeds-city-museum/ice-age-adventure-family-trail/?occurrence=2021-12-01 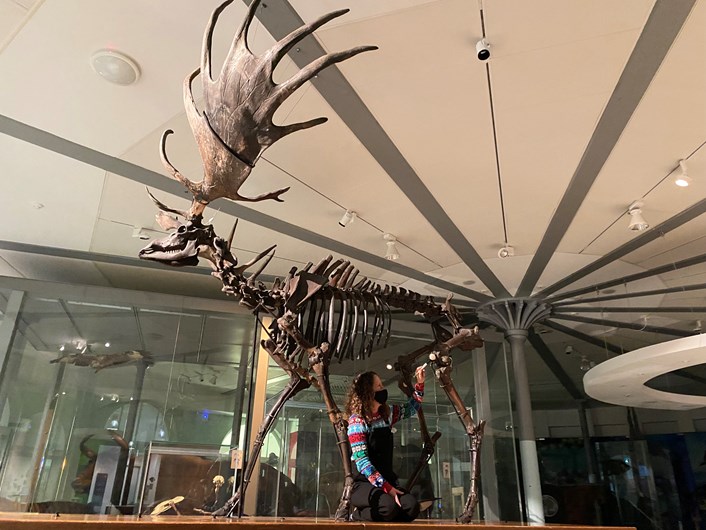 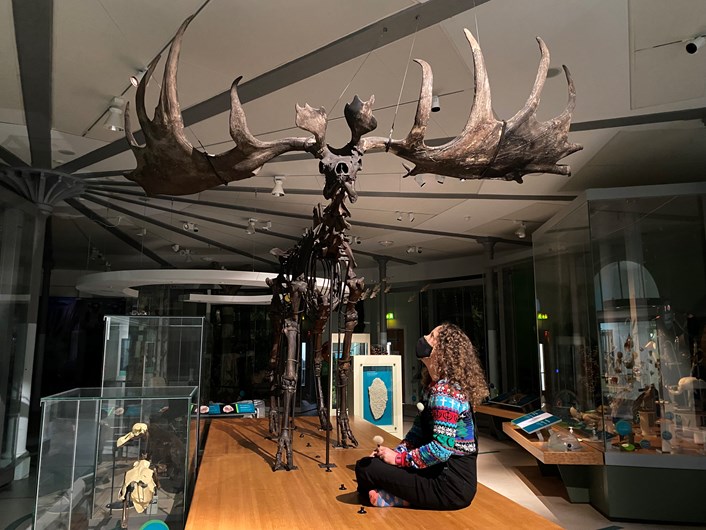 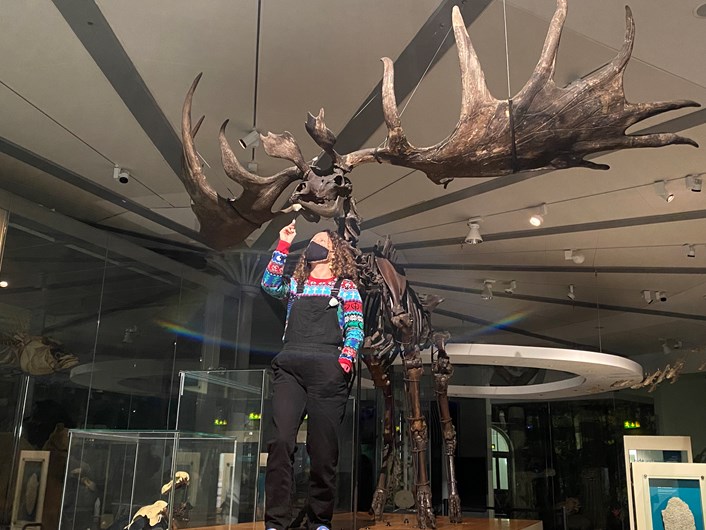 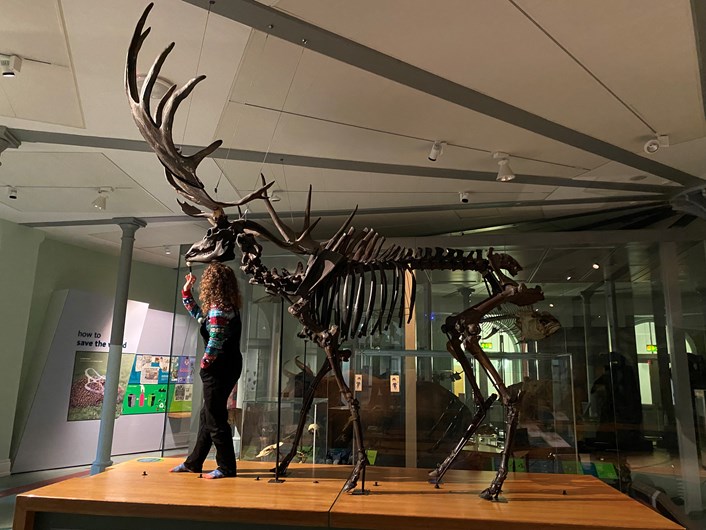 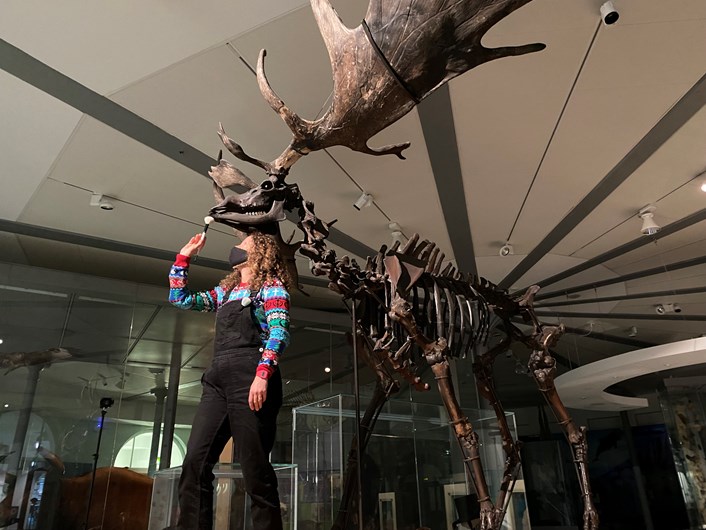 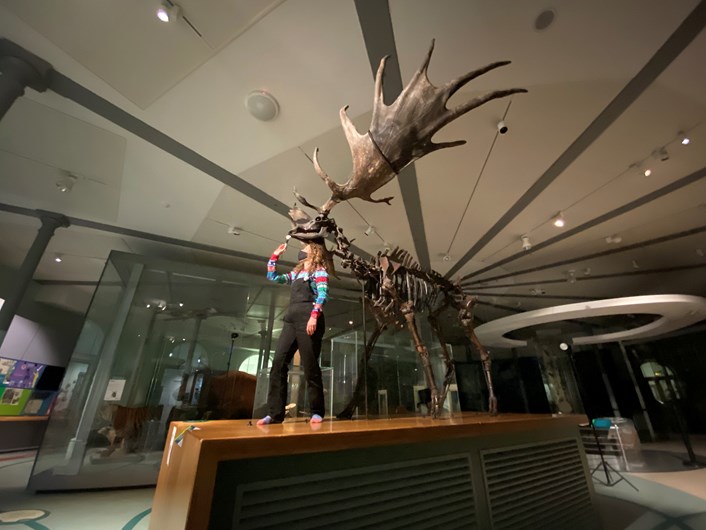