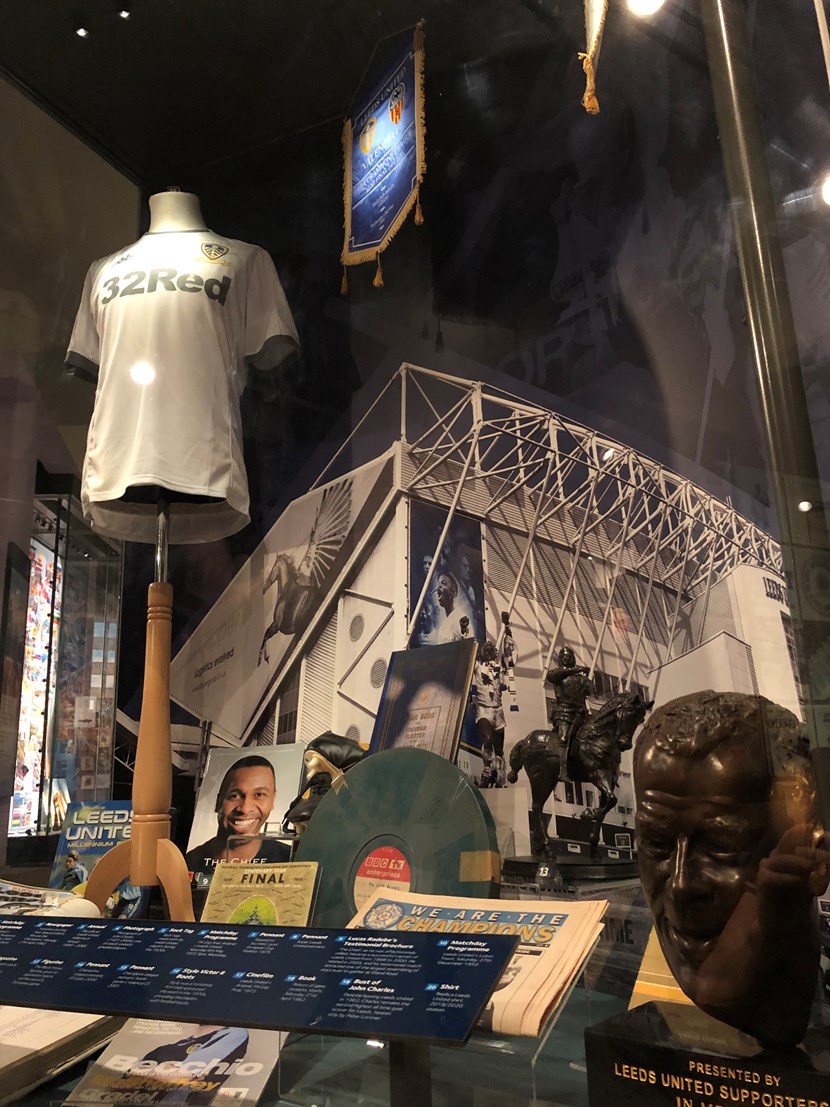 Museum teams up with Leeds United to make football history

Fans will get the chance to relive some epic nights in Elland Road history thanks to a new display celebrating 100 years of Leeds United.

Cherished memorabilia harkening back to some of The Whites’ unforgettable Champions League clashes will take pride of place at Leeds City Museum alongside photos, programmes and souvenirs from key moments in the club’s storied past.

The display coincides with city-wide celebrations for Leeds United’s centenary, which will has seen events and activities take place throughout the year. The club officially turns 100 on October 17.

Objects fans can see at the museum include a pennant exchanged by with Italian giants SS Lazio when the two sides met in the group stages of the 2000 Champions League. A memorable tie saw the teams share the spoils in a 3-3 draw.

Also on display is a matchday programme from the 1972 FA Cup final, which saw The Whites bring the iconic trophy home thanks to a goal from Allan Clarke.

The game was also the origin of the song "Leeds! Leeds! Leeds!” more commonly known as "Marching on Together", which was the B-side of the team’s cup final song.

A bust and photo of Leeds United Legend John Charles and a programme form Lucas Radebe’s testimonial are also part of the display.

And a souvenir edition of the Yorkshire Evening Post from April 27, 1992 carrying the headline We Are the Champions also commemorates one of the greatest moments in the club’s history when they won the last ever first division title before the birth of the Premier League.

Councillor Judith Blake, leader of Leeds City Council, said: “Leeds United have given their fans and the city so many unforgettable memories over the years and they are such an important part of our culture and our history.

“It’s a fitting tribute to how much they mean to the people of Leeds that we are commemorating some of those special moments and giving visitors the chance to reminisce about their heroes, the nights they have spent in the stands at Elland Road and the impact the impact the club has had on their lives.”