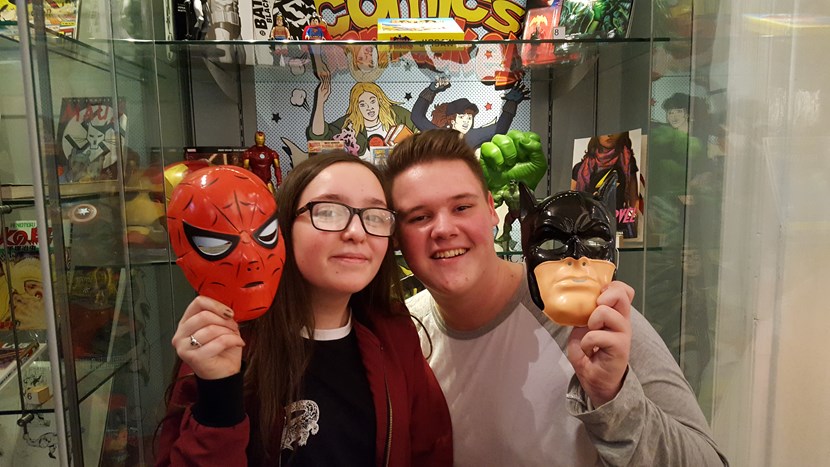 A new super-powered museum display in Leeds will give visitors the chance to explore the colourful world of iconic costumed crimefighters.

Abbey House Museum’s Comics Unmasked starts this weekend and features exciting objects on loan from the public including Marvel and DC comics, graphic novels and figurines of famous characters Iron Man, The Hulk, The X-Men and Batman.

Also on display will be a Spider-Man comic signed by Marvel Comics legend Stan Lee and objects from the Leeds Museums and Galleries collection showcasing tiles like Dan Dare, Dandy, Beano, and Manga.

“This new display will give people a chance to explore their origins a bit more and think about just how and why these fantastical, colourful characters have captured the imaginations of millions of people across the world.

“It also looks at the different roles comics and graphic novella have played in the lives of people living in Leeds, from the big annual events they’ve inspired to the local businesses that have become part of the city centre.”

The exhibition also looks at cosplaying- the popular performance art that sees people wear elaborate costumes and fashion accessories to look like a specific character.

Cosplay items on loan include a Dan Dare ray gun and one of Batman’s Bat-a-rangs, both loaned by Leeds-based Cazbounces Books.

And members of the Leeds Cosplay Group have also made their own Batman vs Jason comic, based on the popular DC Comics range and shot on location in the ruins of Kirkstall Abbey.

Visitors can also watch a specially commissioned ten minute film about comic culture in Leeds, made by Digifish TV, which asks fans of all ages about their favourite characters and why they enjoy reading comics.

Recorded in November, the piece was shot at the annual Thought Bubble convention at the Royal Armouries as well as OK Comics in Thornton’s Arcade.

Councillor Brian Selby, Leeds City Council’s lead member for museums and galleries, said: “Comics are currently at the forefront of pop culture and they have a massive influence over some of the biggest film, TV and leisure activities that are enjoyed by millions of people from many different cultures and backgrounds.

“No doubt in future, comics will be looked at as part of our history and heritage so it will be interesting to learn more about how they have grown to become such a phenomenon and particularly what they mean to the people of Leeds.”

Comics Unmasked has been put together by the museum’s Vintage Youth Club , a group of young people aged 13 to 21.

They helped select objects on display and wrote the text for the exhibition and will also be blogging about their favourite exhibits.

The young people also appear throughout the exhibition as superhero characters which they have designed themselves, working with local artist Johnny Cosmic.

Comics Unmasked is open from Jan 21 until July 16.

For more details including activities linked to the display, visit: http://www.leeds.gov.uk/museumsandgalleries/Pages/abbeyhouse/Comics-Unmasked.aspx