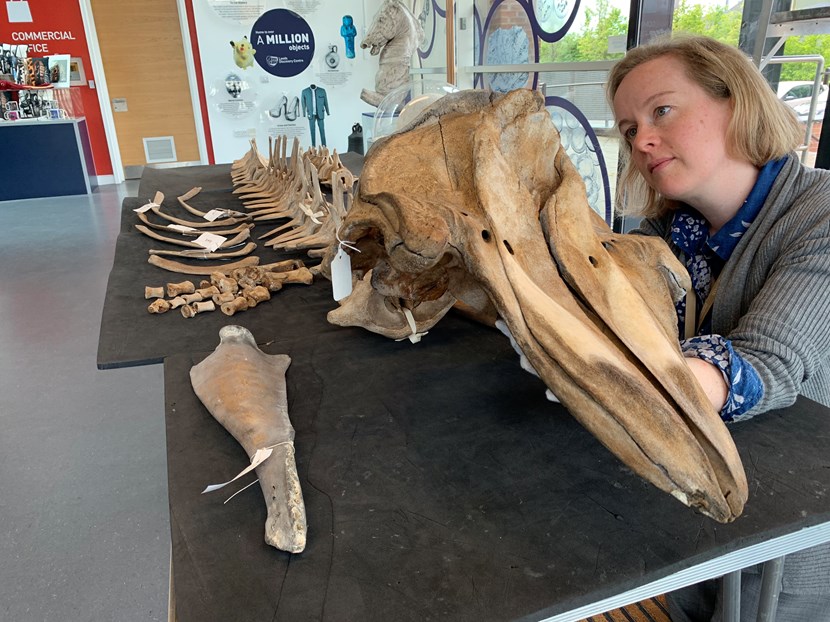 Museum’s spectacular whale display will be poetry in ocean

Poets are being challenged to make a splash with a new verse inspired by the tragic tale of a whale which will go on display in Leeds later this year.

Curators are calling on imaginative wordsmiths to capture the story of Leeds Museums and Galleries’ Victorian long-finned pilot whale and help inspire visitors to think about marine life and our oceans’ fragile ecosystem as part of an upcoming project, made possible by money raised by National Lottery players.

The bones of the whale, which was cruelly killed by fisherman 152 years ago, will be displayed in dramatic fashion at Leeds City Museum in October, kicking off a new wave of conservation-themed activities and workshops.

The chosen poem will form a key part of the new display and will be printed on the walls around the skeleton when it is suspended from the ceiling of the museum.

Rebecca Machin, Leeds Museums and Galleries’ curator of natural sciences said: “Our pilot whale’s sad story really brings into focus how much attitudes to conservation can change if we act together, and we’re hoping that seeing this magnificent creature’s remains on display will encourage our visitors to think more about the impact we have on life in our modern-day oceans.

“A thought-provoking poem which captures the theme of the display and articulates those messages of environmental action and awareness will make a huge contribution to achieving that goal and could help inspire others to help make a difference.”

The pilot whale was collected back in 1867 off the coast of Scotland when a group of fishermen deliberately stranded a pod of the animals off the coast of Leith, killing the entire group for meat and blubber.

Currently in storage at the Leeds Discovery Centre, the bones will be cleaned, reassembled and articulated thanks to a grant of £8,300 from the National Lottery Heritage Fund as well as support from the Leeds Philosophical and Literary Society and the Friends of Leeds City Museums.

Found in the North Atlantic and Southern Hemisphere, long-finned pilot whales are named for their long pectoral fins and the belief that groups had a leader, or “pilot”.

They can grow up to 6.5 metres in length and weigh in excess of five tonnes, roaming the ocean in in large groups of up to 150 and feeding mostly on fish.

Anyone wishing to take part should send a short covering letter outlining your interest in the project and three examples of your work to clare.brown@leeds.gov.uk (or by post to Clare Brown, Leeds Discovery Centre, Carlisle Road, Leeds, LS10 1LB) by 5pm on August 16 2019. The successful applicant will be notified by August 25. 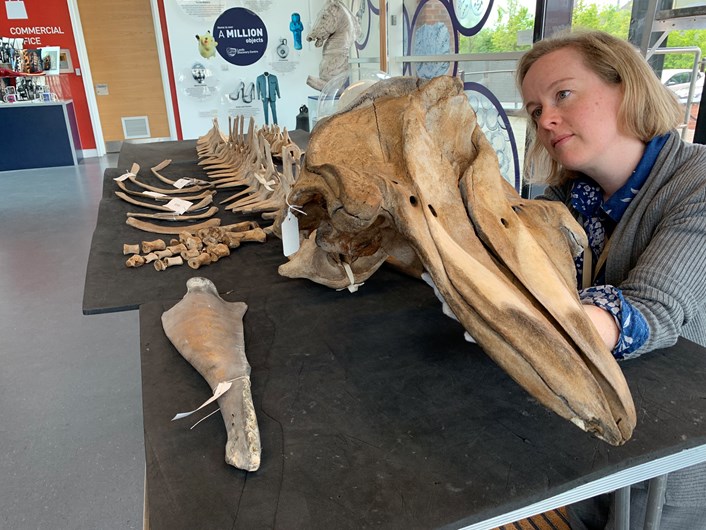