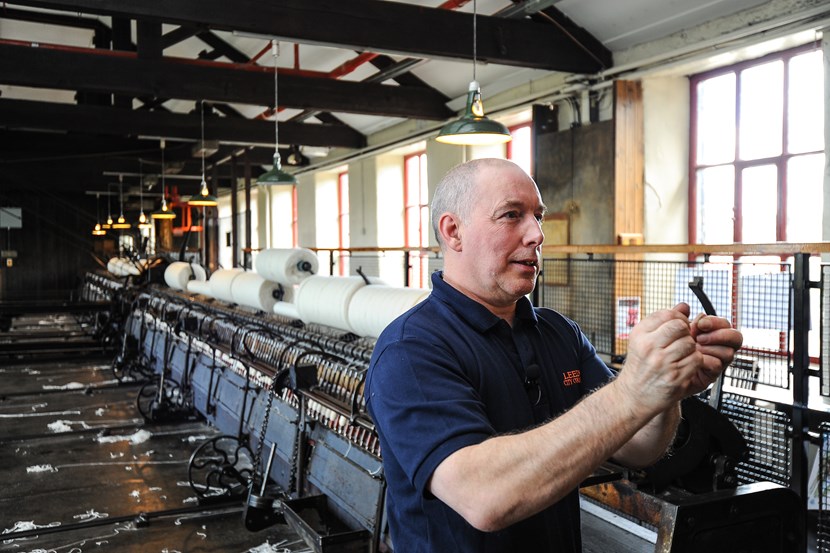 Working at one of the world’s foremost industrial powerhouses, the women of Armley Mills were no strangers to cutting edge technology.

Over centuries, they used their evolving expertise to deftly operate the mill’s gigantic spinning mules and imposing looms, helping to establish Leeds as the global centre of excellence in the textile trade.

Decades after that golden age of production ended, the mill will usher in 2019 by introducing a whole new generation of girls to a the latest wave of digital innovation.

Leeds Industrial Museum will be hosting its first ever STEAM Hack event in January, equipping girls aged seven to 14 with the skills they might need to take their first steps into a career in Science, Technology, Engineering, Art and Maths.

Those who attend will have the chance to learn more about computer coding and making alongside mentors from local Leeds-based digital businesses.

And as added inspiration, they will also get to discover objects which inspired the world’s very first computer software in the form of punch cards and see some of the historic machines they ran on.

Punch cards were once used to carry pattern data through holes in a stiff piece of card, which were fed into early machines telling them how to operate.

The museum is still home to two massive Jacquard looms, which automatically wove highly complex patterns, dictated by a series of punch cards- a process known as Jacquard weaving, after the inventor Joseph Marie Jacquard.

The looms were made by Hollingworth and Knowles in 1909 and originally used by textile firm Kaye and Stewart in Huddersfield. Leeds Museums and Galleries also hold collections of textiles produced by Jacquard weaving.

The STEAM Hack, which takes place on January 26, coincides with the museum’s current Queens of Industry exhibition, which celebrates the women who were once elected to become the faces of the country’s biggest and most powerful industries.

John McGoldrick, Leeds Museums and Galleries' curator of industrial history, said: “The museum is filled with hundreds of fascinating relics of the city’s industrial heyday and it’s hard to stand in front of these impressive machines and not be in awe of the skill, dexterity and bravery if must have taken to operate them day in, day out.

“Some of the technology which was used here was at the absolute cutting edge of production, and women factory workers in particular were a cornerstone of keeping it moving, even through the unprecedented demands of the First World War.

“Hopefully being surrounded by that very special heritage will give the new generation of girls who come to the STEAM Hack some inspiration to learn more about today’s technology and how they can use it to build on the foundations laid here all those years ago and accomplish their own goals.”

January’s event will include Minecraft and Patterncraft workshops and will use high tech equipment including Micro:Bits and Raspberry Pi computers which will be provided on the day.

Councillor Judith Blake, leader of Leeds City Council, said: “Leeds Industrial Museum has played a huge part in the story of our city and once helped establish Leeds as a global standard-bearer in the textile industry.

“The efforts of the many women who worked there in incredibly difficult conditions also laid down a significant marker for what women could achieve and it’s fitting that their example will be used to inspire and encourage young girls in our city to become leaders and innovators in the modern, digital workplace.”

The STEAM Hack takes place at Leeds Industrial Museum on Jan 26 from 12.30pm until 4pm. Children under 12 need to be accompanied by an adult.

The £3 fee to attend includes child entry to the Industrial Museum at Armley Mills.

The Queens of Industry exhibition features historic photos, films and exhibits including a fabulous tiara belonging to the very last reigning Cotton Queen Elsie Kearsley and a letter written to Yorkshire's own Doreen Fletcher by a fan in Soviet East Berlin.

Queens of Industry runs until September 2019. Entrance to the exhibition is free with normal admission to the museum. 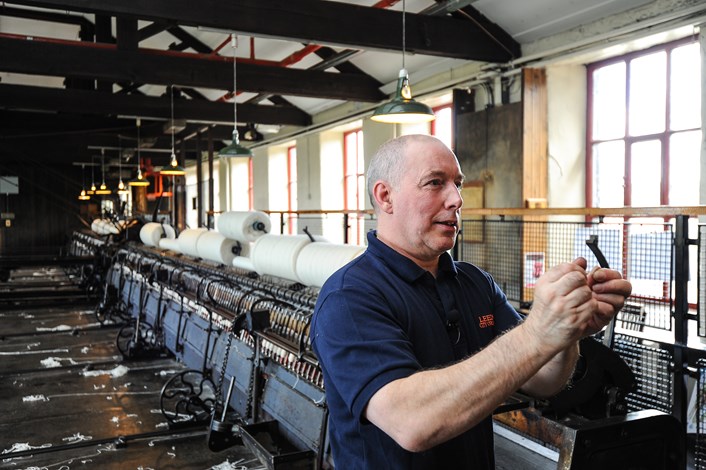