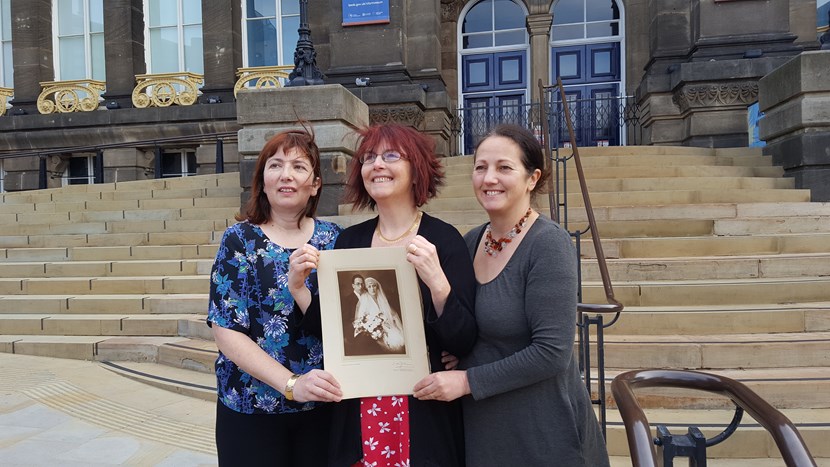 Descendants of a Jewish family who fled from Vienna to Leeds to escape the Nazis are searching for more details about the local businessman who saved their lives.

The family’s fascinating journey has been rediscovered during research for an upcoming exhibition at Leeds City Museum, which will explore the heritage of the thousands of immigrants who came from across the world to make a new life in Leeds.

Among the enthralling stories already uncovered is that of the Schrotters, who were forced to leave their family home in the Austrian capital in the late 1930s.

With Europe on the brink of war and persecution of Jews escalating to terrifying new levels, like many Jewish families, the Schrotters had been searching for a way to escape the looming shadow of Hitler’s brutal regime.

Siegfried Schrotter, a hemp company representative, fled to Switzerland and desperately tried to negotiate safe passage to England for his wife Hedwig and their young son Eric. Six year old Eric and his mother had previously escaped from Austria and lived for six months in a Jewish commune in Albania, where Siegfried eventually joined them.

Fortunately, they were all able to come to Leeds thanks to the sponsorship of friend and local businessman Philip Boyle, partner in Boyle and Son hemp company, whose intervention rescued the Schrotters from almost certain imprisonment and death.

Decades later, Eric’s daughter Harriet Stevens began researching her family history, tracing it back to Leeds and getting in touch with the museum in a bid to track down any of Mr Boyle’s surviving family or anyone who may have more information.

Harriet, 61, who lives in Bristol, said: “My grandfather fled Vienna after Kristallnacht in November 1938, when he saw the rounding up of Jews and was forced to hide in a wardrobe while the family home was being ransacked. He was a very quiet and reserved man for the rest of his days and his traumatic experiences definitely left a mark on him.

“Researching their story has given me so much respect for my grandfather and for what he had to go through to keep his family safe and get them out.”

Once they arrived in Leeds, the Schrotters lived for a while in Mr Boyle’s house in Linton, near Wetherby. It’s believed that Mr Boyle saved two other Jews and Harriet said she would also love to know more about them. The family later settled in the UK, and Siegfried joined the Pioneer Corps.

Harriet, who has undertaken her research alongside sisters Rachel Stevens and Jessica Russell, said: “All but one of my grandmother’s five siblings were murdered in the Holocaust and my sisters and I would love to find any living relatives of Philip Boyle to thank him through them for saving my family's lives."

The museum is also hoping Harriet’s story will encourage more people to come forward with their own immigration stories, both past and present, so some of them could feature in the exhibtion.

A City and its Welcome: Three Hundred Years of Migrating to Leeds will be at Leeds City Museum from July 12, 2019 until January 5, 2020.

Councillor Judith Blake, leader of Leeds City Council, said: “The foundations of Leeds were built by the thousands of people who came here determined to forge a new life for themselves and their families. Their influence has permeated so many aspects of our local history and heritage and it’s always a poignant experience to find out more about their stories and to learn how immigrants helped shape the city we live in today.

“We’d also love to hear from more people like Harriet and hopefully help tell their stories through the exhibition.”

Anyone with their own migration or who has information about the Schrotter family or Philip Boyle, who owned Boyle and Son hemp and flax factory can email the museum at city.museum@leeds.gov.uk 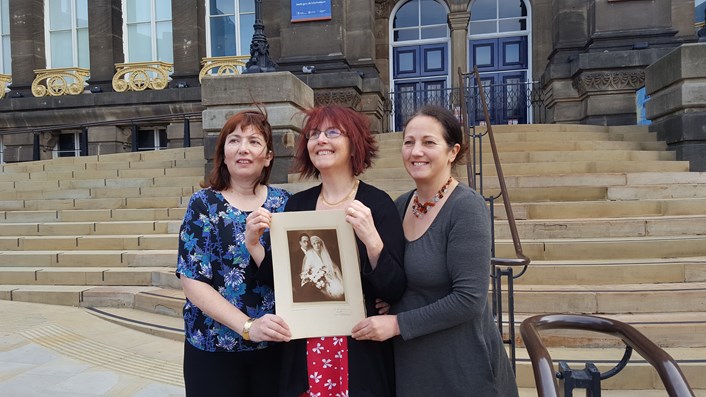