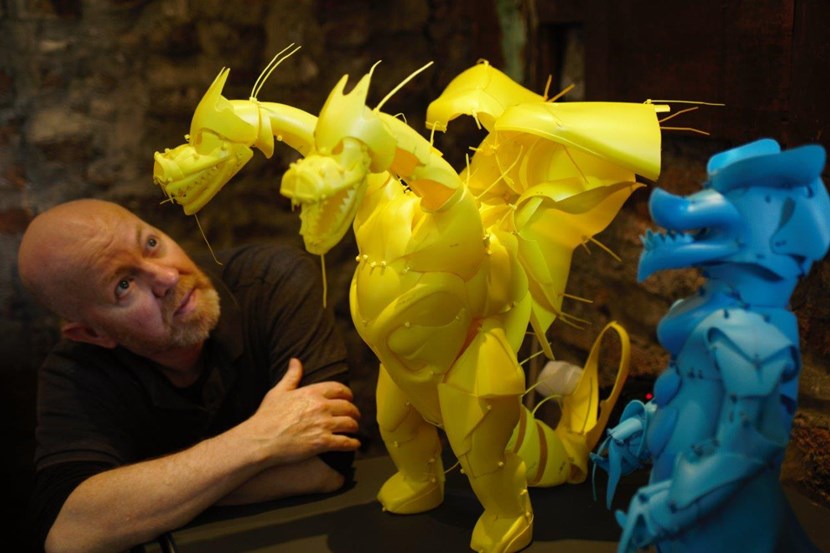 Meet the artist making movie monsters to save the planet

For more than half a century, they’ve taken the silver screen by storm, wreaking havoc and tearing down skyscrapers in big cities across the world.

But now a new breed of movie monsters in Leeds are doing their bit to save the earth thanks to the eco-friendly efforts of an imaginative local artist.

Leeds Museums and Galleries technician Kevin Blenkinsop has crafted a series of amazing models for Temple Newsam’s Fantastical Beasts exhibition, all based on the destructive giants made famous by traditional Japanese monster films

Known as kaiju, those terrifying titans include the mighty Godzilla, who will be hitting cinemas in a new blockbuster soon alongside his beastly brethren.

Unlike their big screen counterparts though, Kevin’s models are good for the planet, fashioned entirely out of recycled or scrap materials.

And young people will have the chance to meet Kevin and find out more about his creations as well as having a go at making their own monsters during half term week at the house.

Kevin, who works helping to install exhibitions at Leeds Museums and Galleries sites, said: “All of the models at Temple Newsam are based on the old Japanese monster films, but everything I make is created using things that people would normally throw away, so it’s good for the environment too.

“I use anything that might otherwise get chucked out and I’ve made everything from monsters to animals like tigers, rhinos and even a sperm whale. It’s really enjoyable taking something like an old plastic bottle, recycling it and turning it into something else.”

Kevin has been making models for more than 14 years after starting out painting. He also created an impressive elf’s workshop at Temple Newsam, which has been amazing children visiting the house for the last few Christmases.

He said he hoped next week’s activities would encourage budding artists to think more about how they can get creative with things that might otherwise end up in the bin.

He said: “I really hope it helps them look at things a bit differently and to think about what they could create with items that are just lying around or that they might throw away.”

Exhibits on display include two replicas of late medieval bestiaries on loan from the University of Leeds’s Brotherton Library which catalogue an array of mysterious alongside a fossilised icthyosaurus, a dolphin-like Jurassic marine reptile.

Also on display is the pelvis of a dodo, the famous extinct birds which were hunted out of existence in the 1660s.

Temple Newsam’s Clutter Critters activities will run throughout the half terms and will young visitors a chance to make a monster using junk objects collected during school visits and from the estate café.

Visitors wanting some extra inspiration can meet Kevin and hear about his models at the house on May 29 from 11am until 12pm.

Temple Newsam house showcases over 40 interiors and one of the most important collections of fine and decorative arts in Britain which were designated as being of pre-eminent importance in 1997 (the first country house to be recognised in this way).

It is a treasure house of outstanding collections including furniture, ceramics, textiles, silver and wallpaper. The house captures over 500 years of history and this is key to the visitor experience. The house is brought to life by telling the stories of the people who lived and worked there, through all art forms including digital, music, theatre and fine art.

The collections show how the house was used as a family home, which was once birthplace to Lord Darnley, notorious husband of Mary Queen of Scots. Across the historic courtyard is also Home Farm, a working farm and one of the largest rare breed centres in Europe.

All the animals at Home Farm are Native to the UK and most are classed as Rare Breeds by the Rare Breed Survival Trust. As a rare breeds centre we help to ensure the continuation of some of the oldest breeds of farm animals in the country, and provide a living legacy people can enjoy now and in the future. The estate is also set within 1500 acres of ‘Capability’ Brown landscape, boasting paths and trails for cycling, walking and riding, an 18th century Walled Garden and national plant collections. 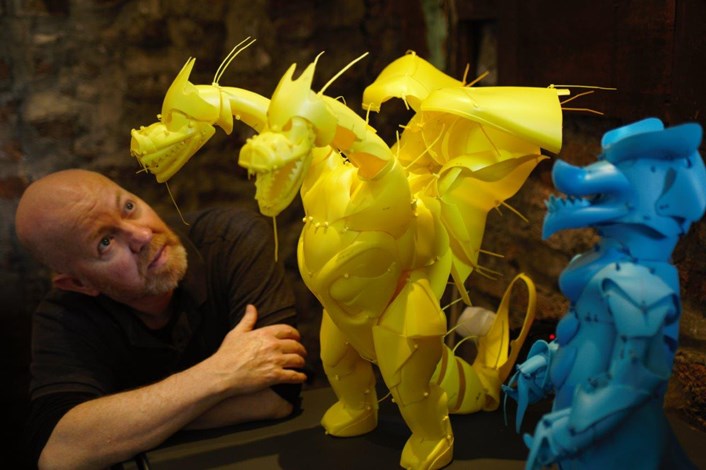