To celebrate 100 days to go until the Columbia Threadneedle World Triathlon Leeds comes to the city, British Triathlon and Leeds City Council have launched a new ‘GO TRI’ event for local people of all abilities to get a taste of triathlon in Roundhay Park.

The event, which was launched by London 2012 Olympic triathlete, Lucy Hall, and Cllr Roger Harington today at Armley Leisure Centre, will consist of a fun, mini triathlon course with a 200m swim, 10km bike and 2.5km run, and will take place on Saturday 11th June - a day before the world’s best triathletes compete in the city.

Entry is just £10 and participants can sign up to the GO TRI event at http://leeds.triathlon.org. To help participants prepare for the event, four unique activity hubs will be created in the coming months in Armley, Fearnville, Middleton and at the Universities. More details on these sessions will be announced shortly.

The event is part of British Triathlon and Leeds City Council’s wider ‘Tri Something New’ programme, delivering a legacy for triathlon within the city, encouraging people in Leeds to get active in 2016.

The much-anticipated Columbia Threadneedle World Triathlon Leeds, which forms part of the prestigious ITU World Triathlon Series, will see the world’s finest triathletes including local heroes Alistair and Jonathan Brownlee and over 5,000 amateurs take to the streets of Leeds on Sunday 12 June.

Jenny Vincent, Triathlon Engagement Project Manager for the Columbia Threadneedle World Triathlon Leeds, said: “Launching our GO TRI event today in Armley is really exciting providing a great opportunity for the local community to ‘Tri Something New’ and get active. Over the coming months we will be confirming a host of swim, cycle and run sessions locally, that will aim to maximise the excitement and legacy of the Columbia Threadneedle World Triathlon Leeds.”

Leader of Leeds City Council, Councillor Judith Blake, added: “Now we have reached 100 days to go before the Columbia Threadneedle World Triathlon Leeds the anticipation level for the event is really starting to grow. We are delighted the exciting programme of events and activities taking place in Roundhay Park on the Saturday have now been revealed, which will hopefully attract families and locals to sample triathlon as a taster to the main event the following day. The whole weekend promises to be a fantastic occasion showcasing Leeds to the world, so we are counting down the days to June.”

For more information, and to enter the GO TRI event in Leeds, visit: http://leeds.triathlon.org.

For the latest information on the Columbia Threadneedle World Triathlon Leeds, which is part of UK Sport’s National Lottery-funded #EveryRoadtoRio events series, and to enter any of the events hosted on Saturday 11 June visit: www.leeds.triathlon.org.

GO TRI is a fun way to access triathlon for the first time powered by Triathlon England and British Triathlon. Join in swim, cycle or run training sessions or take part in your very first triathlon event. Both GO TRI training and events are available locally, reasonably priced, with manageable distances which have been purpose-designed for beginners.

Triathlon is also featured in the Asian Games, Pan American Games and Commonwealth Games. Paratriathlon was accepted into the Paralympic Games in2010 and will make its Paralympic debut in Rio 2016. ITU is proudly committed to supporting the development of the sport worldwide through strong relationships with continental and national federations, working with its partners to offer a balanced sport development programme from grassroots to a high-performance level. For more information, visit: www.triathlon.org

1 Source: Ameriprise Financial Q4 2015 earnings release. Past performance is not a guide to future performance. The value of investments and any income is not guaranteed and can go down as well as up and may be affected by exchange rate fluctuations. This means that an investor may not get back the amount invested. This material is for information only and does not constitute an offer or solicitation of an order to buy or sell any securities or other financial instruments, or to provide investment advice or services. 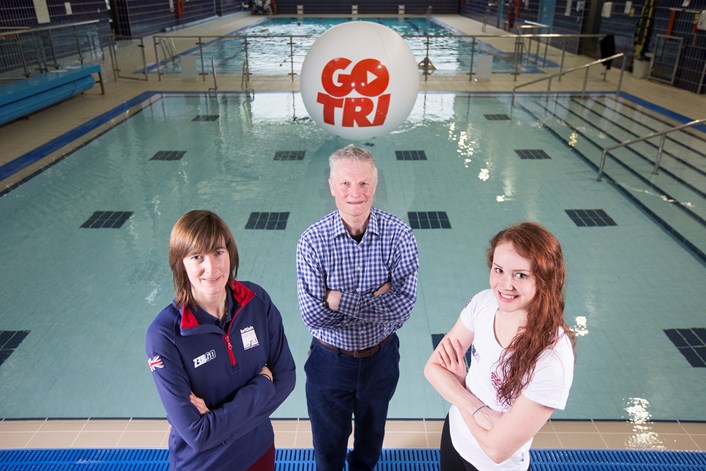