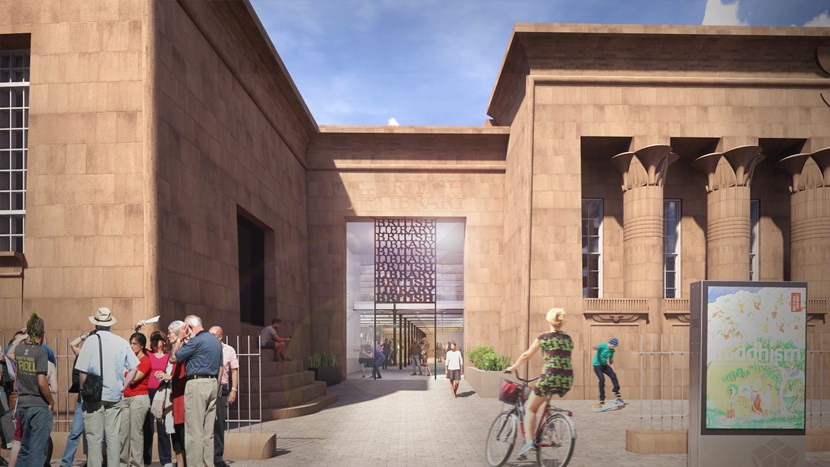 The British Library’s ambitions for a major new public-facing centre for audiences and users in the north of England will take a significant step forward next week when senior councillors in Leeds are asked to back plans to inject up to £5m of funding into the project.

The funding would be used to protect and stabilise Temple Works, a Grade I listed building in Leeds’s South Bank area that the British Library is looking to develop in partnership with Leeds City Council and developer CEG.

The stabilisation work is urgently needed both to protect the iconic building, which is on Historic England’s Heritage at Risk Register, and to enable detailed investigatory work to assess the viability of transforming it into a new home for the British Library in Leeds.

A meeting of the council’s executive board taking place next Wednesday, July 21, will discuss plans for the necessary funding to be drawn down from the £25m committed by the Government to support the British Library project as part of the West Yorkshire devolution deal.

A report from council officers to members recommending the step says the British Library centre represents a cultural and heritage-led proposal of international significance that would act as a catalyst for wider regeneration delivering new jobs and homes. The report also says the project would bolster the city’s inclusive growth ambitions by providing improved access to learning and research opportunities while at the same time boosting Leeds’s already thriving innovation ecosystem.

Subject to executive board approval, a request will be made for the release of up to £5m by the West Yorkshire Combined Authority, which is administrating the overall £25m sum allocated to the British Library project.

Developer CEG has managed an investment of almost £4m since the building’s acquisition in 2018 and as a result now has a greater depth of knowledge about the structure and its challenges than ever before. Under the terms of the proposed funding draw-down, CEG would oversee the work to ensure that the structure of the 1840s building, in the Temple area, is ready to be fully restored for its long term use.

Having collaborated on the project for the past two years, CEG, the British Library and Leeds City Council would also enter into a formal three-way partnership to explore the costs and practicalities of the full development of the site, and of the Library operating from Temple Works on a permanent and sustainable basis.

The British Library’s ambitions for the north of England involve establishing a physical presence in Leeds city centre that enables it to open up its collections to audiences in the city and across the region as never before. Since 2019, the Library has worked with local partners and communities to develop a growing programme of cultural events and learning activities in Leeds, ranging from spectacular exhibits at Leeds Light Night, to digital events exploring the fight for women’s rights, to cookbook-themed workshops with young asylum seekers.

The range of services to be offered at Temple Works is currently under development, and is expected to include exhibitions, cultural events, schools programming, business support services and access to research collections, attracting audiences ranging from community groups to tourists.

The current plans for Temple Works and Leeds build upon a much longer-term British Library presence in the region, in the form of the Library’s major site at Boston Spa, near Wetherby, which opened in 1961 and is home to more than three-quarters of the Library’s collection of 170 million items. The Boston Spa site is itself undergoing major expansion and refurbishment works, and the unrivalled collections, resources and staff based there would power the public-facing presence that is envisaged at Temple Works.

“These plans for Temple Works reflect both a sense of pride in Leeds’s past and a real determination to forge a future that benefits people in all our local communities. Temple Works is a jewel in Leeds’s heritage crown and the prospect of seeing it start a new chapter as the home of the British Library in the North is hugely exciting.

"The centre envisioned by the Library, CEG and ourselves would be a major cultural asset and would help drive regeneration, not just in the Temple area but across the whole of the South Bank and beyond. It would also strengthen Leeds’s presence on the national and international stage, which has already been boosted in recent times by projects such as the UK Infrastructure Bank, the arrival of Channel 4 and the new Leeds-based hub being planned by the Bank of England.”

"We have major ambitions to expand and enrich our offering to audiences across the north of England, and we are excited to have reached this key milestone in exploring the possibilities of Temple Works, both as an iconic location in its own right, and as a potential future home for the Library in Leeds.

"Working in close partnership with CEG and Leeds City Council, and in parallel with our transformation of our existing site at Boston Spa, the funding for this crucial next phase of this development will enable us to safeguard the historic fabric of the Temple Works mill, while exploring fully the scope and scale of the site’s future as part of the British Library.”

“This part of the city, which has historically been the cradle of the industrial revolution, is the key focus for commerce in the city. Temple District offers a new way of living and working, with Temple Works as the cultural and innovation centrepiece. We are excited about today’s announcement as Temple Works continues to play a vital role in Leeds’ future economic and social well-being.”

“Temple Works is one of the great monuments of the Industrial Revolution. Built by John Marshall as a rare, single-storey flax spinning mill, it soon gained a legendary reputation in Leeds thanks to its striking Egyptian design which refers back to Egypt’s important flax industry in the ancient world. It has been on our Heritage at Risk Register for some time and we are excited by these early plans to bring it back to life as a cultural hub for Leeds. We hope to be able to offer future financial support for works to repair this extraordinary site and remain committed to working with partners to secure its future.”

The British Library is the national library of the United Kingdom and one of the world's greatest research libraries. It provides world class information services to the academic, business, research and scientific communities and offers unparalleled access to the world's largest and most comprehensive research collection. The Library's collection has developed over 250 years and exceeds 170 million separate items representing every age of written civilisation and includes books, journals, manuscripts, maps, stamps, music, patents, photographs, newspapers and sound recordings in all written and spoken languages. Up to 10 million people visit the British Library website - www.bl.uk - every year where they can view up to 4 million digitised collection items and over 40 million pages.

Leeds City Council, as the economic development regeneration agency for Leeds, is working with CEG to facilitate the restoration in line with the city’s ambitions. The council is a principal grant funder, local planning authority and local highways authority for the scheme, and is also an adjoining landowner of eight acres of land at Temple Works. 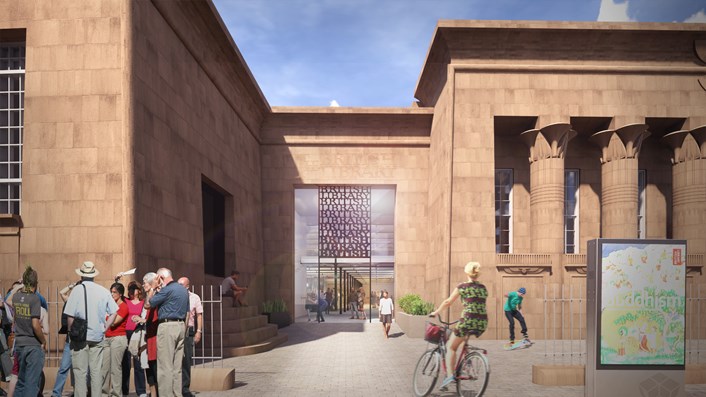