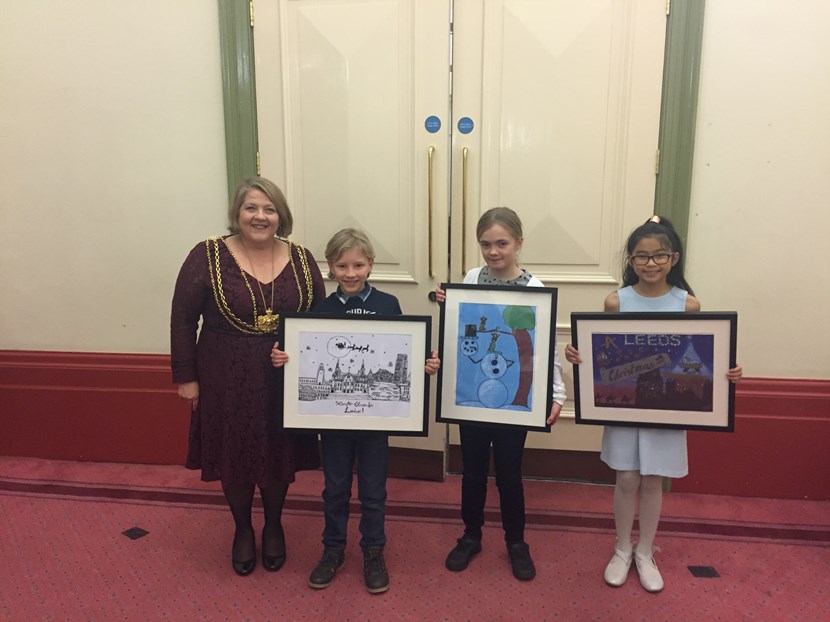 A winning design has been chosen by the Lord Mayor of Leeds, Cllr Jane Dowson for her official Christmas card this year. The winner and two runners-up received a special thanks and congratulations on stage at the Lord Mayor’s Christmas carol concert on Thursday evening.

Following the Christmas card competition which was launched with Candelighters, the Lord Mayor’s chosen charity in August, over 600 entries were received from children aged up to 13 years. The only criteria given was the theme - ‘Leeds at Christmas’.

The winner was Finlay Aveyard (age 8) from Moortown School who created a Christmas winter scene incorporating some of the iconic buildings in Leeds. Finlay was presented with a copy of his actual Christmas card by the Lord Mayor as well as a special prize from Candelighters.

“This has been one of my favourite moments in my role as Lord Mayor and I was overwhelmed by the fantastic response with over 600 entries. The opportunity to see all the wonderful ideas and designs created by so many budding young artists was an absolute joy.

“As you can imagine it has been very hard to pick a winner but what I really liked about Finlay’s design was the way he captured Leeds and the theme of Christmas.

“I would like to thank all the children that entered the competition and in particular say a special thank you and well done to Finlay, Chloe and Kyrah - they should be very proud of themselves.”

“We were overwhelmed by the enthusiasm shown by children around Leeds in the Lord Mayor’s Christmas Card competition. We had over 600 entries from individuals and schools around the city! From everyone here at Candlelighters we would like to thank every child who put in the time and effort to enter the competition, all entries were truly fantastic.”

Each year, on average, 150 children are diagnosed with cancer in Yorkshire and this diagnosis turns the lives of the child and their entire family upside down. Candlelighters support families through providing practical, emotional and financial support during the fight against the cancer, and for years afterwards.

Anyone can donate online to the Lord Mayor’s Charity at www.justgiving.com/lmca 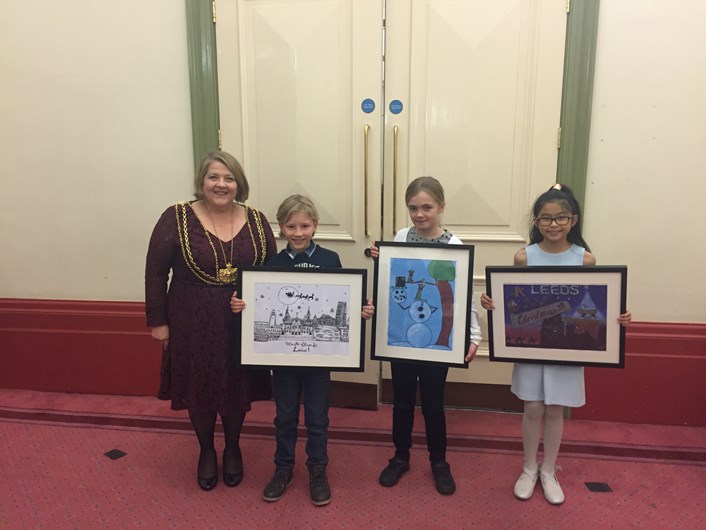