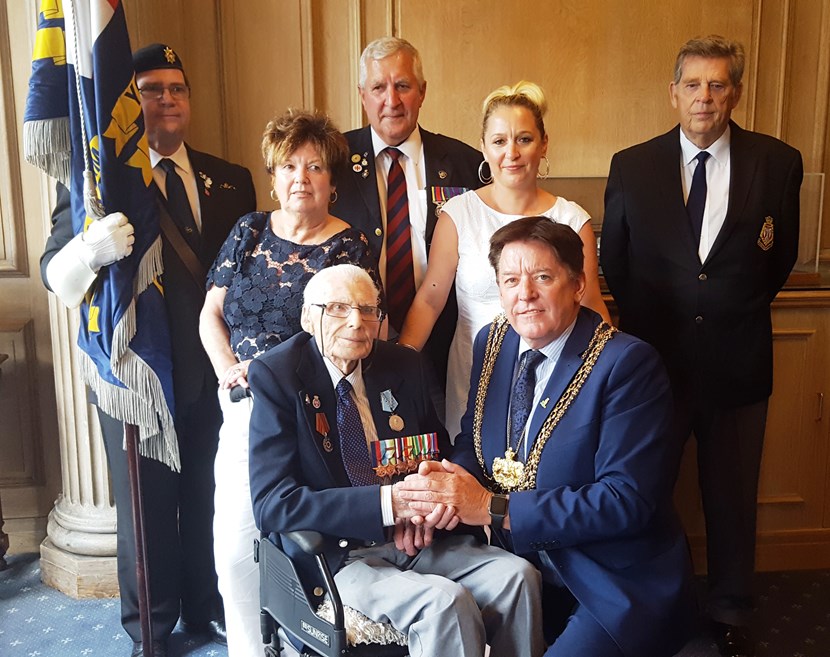 Serving medals of a decorated World War Two veteran, which were stolen in 2002 by thieves, have recently been replaced and presented back to their owner as part of a special civic ceremony this week.

On hand to reunite Mr Fred Jackson with his cherished medals of service in many campaigns, was the Lord Mayor of Leeds Councillor Gerry Harper. Replicas were issued from the Ministry of Defence, following the efforts of Mr. David Maggs, Fred’s son in law, to ensure that Fred received all the campaign medals that he deserved.

Fred, who is 95-years-old, served in the Royal Navy as a Petty Chief Officer during the conflict and during a decorated military career, he was presented with a series of medals. This included the presentation of the distinguished Ushakov medal last year from the Russian Embassy, which honours those seamen who risked their lives on the Arctic convoys, described famously by Winston Churchill as ‘the worst journey in the world’. Other campaign medals which Fred received included the Atlantic Star, Arctic Star, Africa Star, Pacific Star and Italy Star.

Fred was also on the HMS Glorious, one of Britain’s largest aircraft carriers, when it was sunk by German Battleships. He was one of the 38 who survived after going into the water.

In attendance at the ceremony with the Lord Mayor were members of Fred’s family including his daughter, son-in-law and granddaughter. A standard bearer and secretary from the Royal Navy also shared in this special occasion with Fred.

“It was a real honour to meet Fred and have the chance to return his serving medals to him.

We owe veterans like Fred so much, and I hope that through the presentation ceremony we were able to show him our gratitude as a city for the bravery and commitment he demonstrated during his time serving our country. I would also like to thank the police, the Ministry of Defence and his family for the efforts they have employed to recover the medals, and it is fantastic outcome for all concerned. I am delighted that the medals are back in Fred’s possession.” 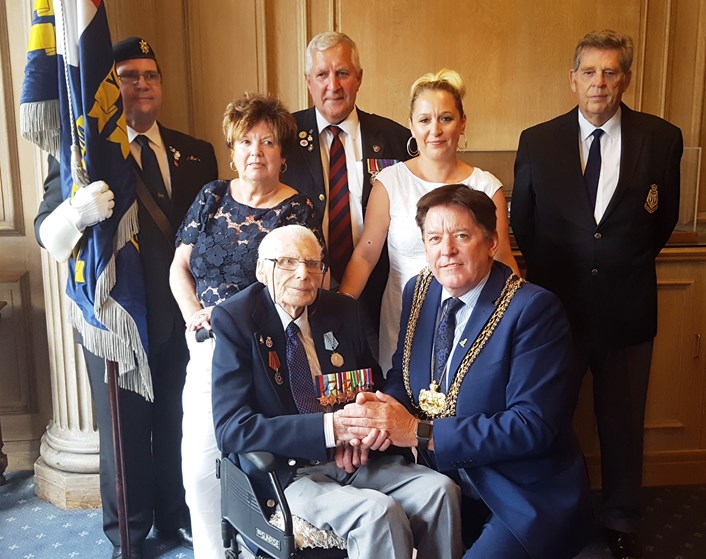