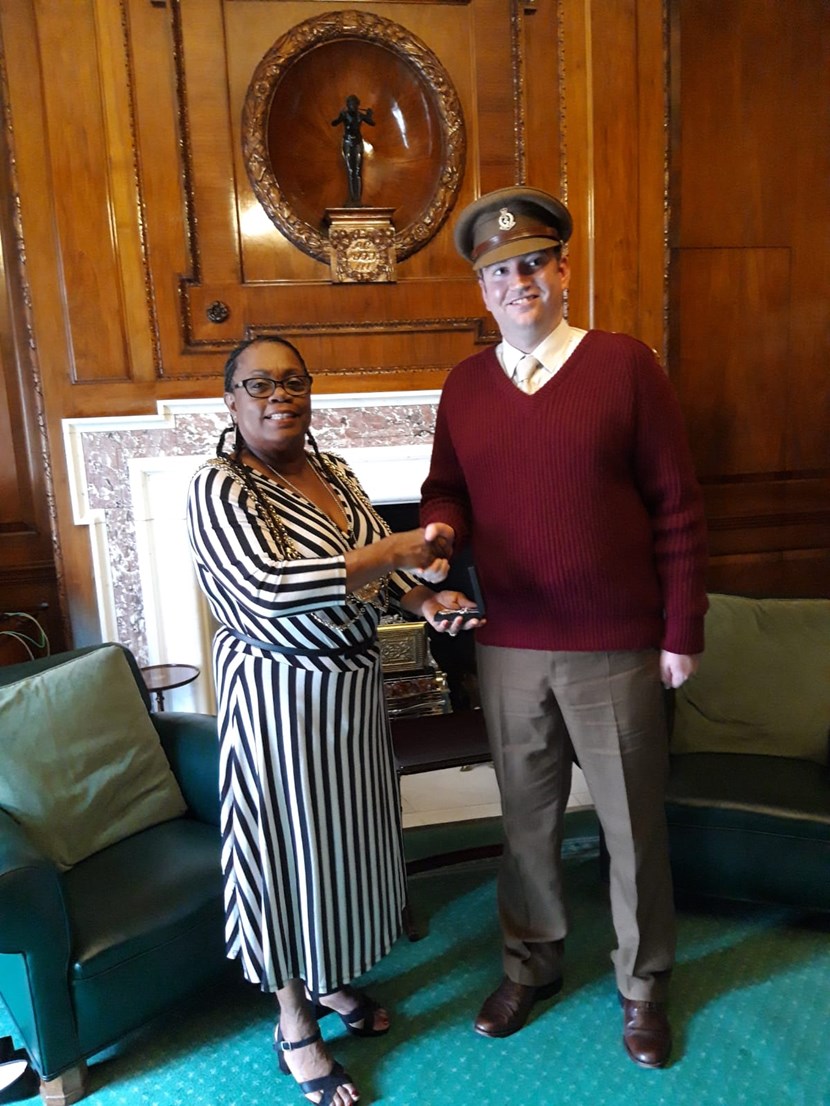 The Lord Mayor, Councillor Eileen Taylor, welcomed Major David Watts to Leeds Civic Hall this month to present him with a medal following his service abroad.

Major Watts, who serves as part of the Royal Army Medical Corps (RAMC), had been deployed as part of a seven-month UK training mission to Iraq.

As someone who was deployed as an individual into a headquarters role, and not as part of a wider unit, Major Watts would not have been part of a formal medal parade on his return to the UK. The Lord Mayor was therefore extremely happy to be able to present him with his medal.

Mr Watts returned to the UK at the end of June and was promoted to the rank of Major in July. He will also be starting a new role as head of the army medical recruitment team next year.

In 2014, Major Watts spent eight months serving in Afghanistan where he helped develop the first completely Afghan hospital in Helmand Province. He has served as part of the RAMC for nine years.

“It was fantastic to be able to welcome Major Watts to Leeds Civic Hall and present him with his service medal. Our service men and women undertake a range of very important work both at home and abroad. It was a great pleasure to meet David and personally thank him for his services in the Royal Army Medical Corps. I would also like to congratulate him on his promotion to the rank of Major.”

“I was extremely grateful for the opportunity to meet the Lord Mayor and be presented with my operational service medal, I’m also thrilled to have just been promoted to the rank of Major, and am looking forward to a new challenge as head of the army medical recruitment team.” 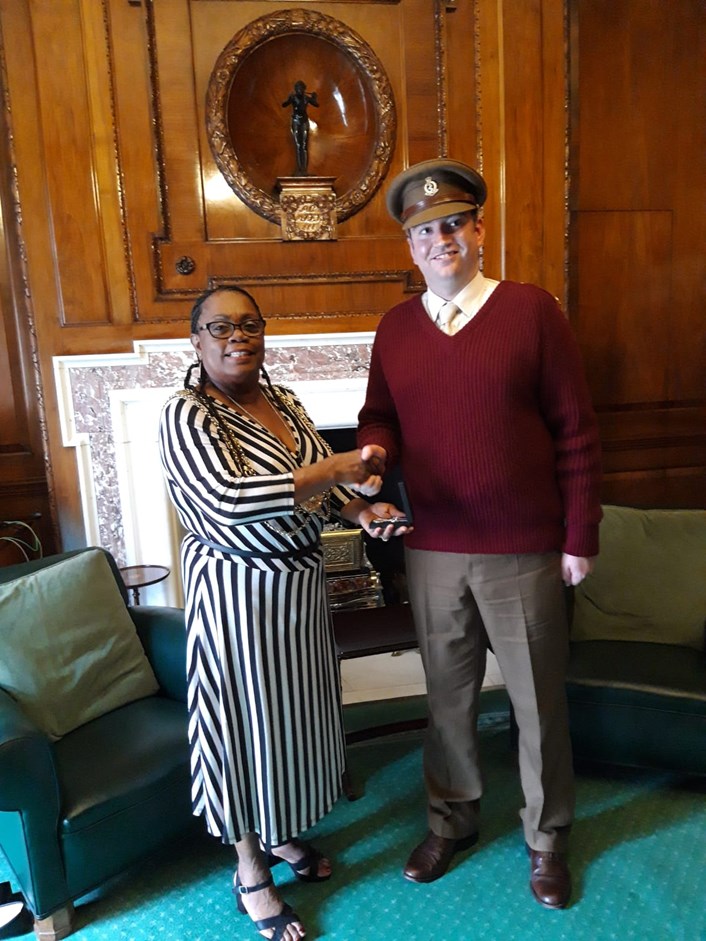