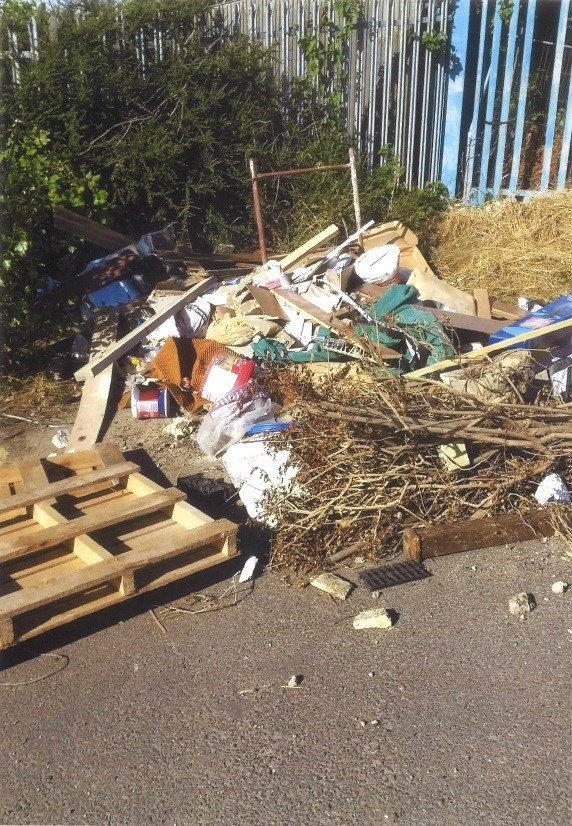 The business owner of a local landscaping firm with a history of flytipping has been fined more than £1000 for illegally dumping waste in Wortley.

A large amount of rubbish including gardening tools, building material and other debris was found left in a parking area at the end of Hales Road, Wortley on July 24 2016.

CCTV footage showed the waste being deposited by a white transit van bearing the logo of AM Landscapes, the business owned and operated by Anthony Mitchell of Cornerstone Fold, Farnley.

Mitchell pleaded guilty to offences under the Environmental Protection Act 1990 and the Control of Pollution (Amendment) Act 1989 at Leeds Magistrates Court on Monday.

The court heard that this is the third time Anthony Mitchell has been prosecuted for flytipping-related offences, having been found guilty of similar offences in both 2007 and 2010.

Mitchell told the hearing that an employee who no longer worked for the company had been driving the van at the time.

“The illegal dumping of rubbish is a blight and won’t be tolerated in Leeds. Where we have evidence to support our case, we will always seek to prosecute those responsible.”