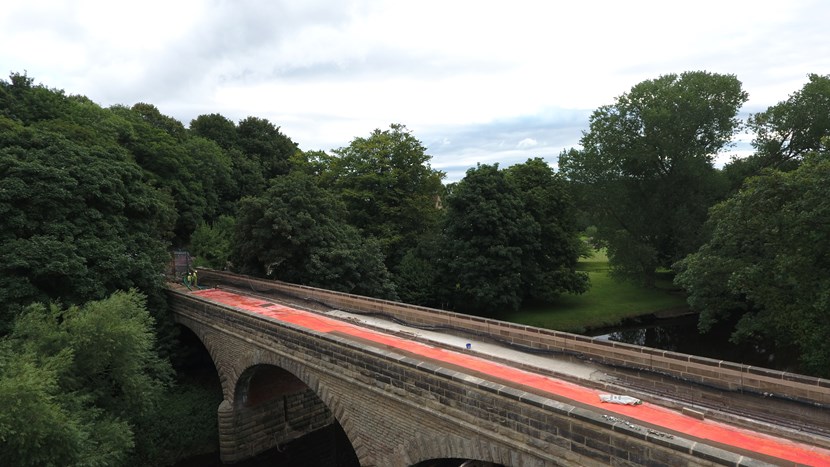 Linton Bridge will officially reopen this weekend with a special community celebration event.

The grade II-listed bridge over the River Wharfe between Linton and Collingham will be officially reopened at 12 noon on Saturday 2 September for the first time since it was closed as a result of significant damage to its foundations caused by the impact of Storm Eva at Christmas 2015.

Following the successful completion of an extensive repair project led by Leeds City Council, the bridge will be reopened in an event attended by the Lord Mayor of Leeds Councillor Jane Dowson and Leeds City Council executive member for regeneration, transport and planning Councillor Richard Lewis along with Linton community representative Lily Sparling and Collingham representative Andrew Walker.

They will be joined by invited partners, stakeholders and community leaders with local residents also being encouraged to attend from both sides of the bridge to celebrate their communities being reunited.

All media are invited to attend the reopening of Linton Bridge on Saturday 2 September. When: From 11:30am in time for 12noon formal reopening and interview opportunities followed by community celebrations.

Where: Please approach the bridge via Linton Road off the A659 on the Collingham side, where you will be guided to a parking area on arrival. Please DO NOT approach from the Linton side as there will be no parking provision for media in that area.

Working with Historic England and the Environment Agency, Leeds City Council and contractors BMMjv and A E Yates developed and carried out an intricate programme to support, repair and strengthen the bridge while retaining its original appearance. The estimated repair cost of £4.95m, fully funded by the Department for Transport (DfT), reflects the complex and unique challenge of successfully carrying out the project.

In order to repair and strengthen the structure, the team effectively created ‘a bridge within a bridge’ reinforced with concrete slabs. A focus of the project has been to ensure much of the work will not be visible when the bridge is open again.

After the celebrations conclude on Saturday afternoon, the bridge will be fully open to all road users, with bus services resuming across the bridge from the following day Sunday 3 September. While the bridge was closed, a free shuttle bus service had been operating supported by the West Yorkshire Combined Authority (WYCA).

“Linton Bridge in many ways is a symbol of how Leeds as a city responded to the unprecedented flooding caused by Storm Eva. Our residents, communities and partners showed remarkable resilience and togetherness, and through pulling together solutions have been identified and repairs undertaken.

“It is a great credit to everyone involved that this project has successfully been carried out, and we are delighted that the communities of Linton and Collingham can now be fully reunited.”

“Linton Bridge has been a massive technical challenge in terms of restoration and repair so for it to be successfully completed is a major achievement.

“The damaged bridge was highly unstable and could have collapsed completely, with the loss of its heritage value. Effectively we have created an ingenious ‘bridge within a bridge’ to repair and strengthen it while also maintaining its original look which was essential given its listed status.

“We aimed to get the bridge open again before the schools go back and it is great for all concerned we have been able to do that.”

“The £4.5 million we provided for Linton Bridge is part of more than £180 million we have spent helping to repair local transport infrastructure across the north of England that was left devastated by the winter storms in 2015/16.

“It’s great to see the communities of Linton and Collingham re-joined by the historic bridge, reuniting people with family and friends as well as businesses with customers. Their fortitude and togetherness during and after the storm and shows how strong these villages are.”

Linton Bridge was built in the early to mid-19th century. It suffered major damage to its foundations during the floods, with the south pier visibly sinking along with cracks in the central and southern arches and damage to the stone parapets and walls of the bridge. As a result the bridge was closed from December 27 2015 onwards.

The repair was carried out in three phases, with the first stabilising the southern pier, using special concrete for use underwater in the River Wharfe below. This filled the voids around the foundations that the floodwater left. Rock armour was also placed at the base of the piers to protect them from further flood damage.

A platform was created in the river in order to pile foundations to support a temporary steel structure to support the damaged bridge and allow the permanent repairs to follow. The bridge was then reinforced with piles from road level into the bedrock beneath the bridge’s foundations, together with concrete slabs.

After the bridge is open, work will continue on site for a short period as the compound and excess materials are removed. 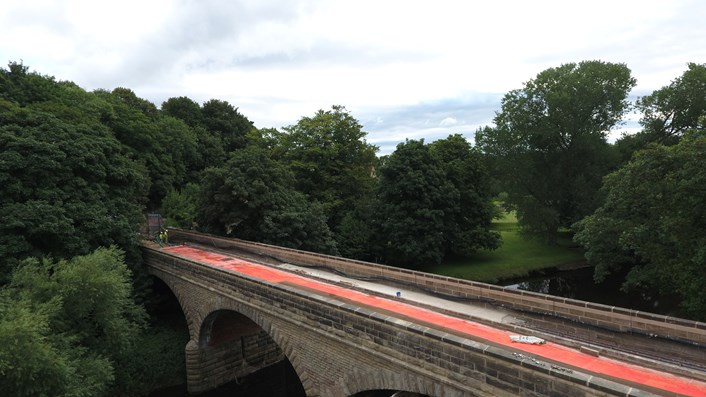