A dazzling programme of events has been announced this week as the city centre prepares to be lit up by the incredible sights and sounds of Light Night Leeds.

Taking place on the evening of October 9, this year’s line-up includes more than 60 performances, displays, films and interactive installations spread across the city.

Light Night Leeds also coincides with the launch of British Art Show 8 at Leeds Art Gallery, making the evening one of the biggest cultural milestones in the city’s recent history as Leeds prepares its bid to be European Capital of Culture 2023.

Now in its eleventh year, Light Night Leeds aims to encourage people to come together in the city centre and celebrate the talent and diversity of the Leeds arts community.

New events this year will include Whale Song, a moving combination of light, sound and water that will depict a majestic whale surfacing from the waters of the River Aire.

Sponsored by Leeds BID, Whale Song will take place at the Calls Wharf car park from 7.30pm until 11pm, with displays every 10 minutes.

Elsewhere in the city, Trinity Leeds’s atrium roof will be transformed into a weather skyscape including rain, thunder and wind- part of the incredible The Seventh Wave digital display representing the natural world.

The skyscape will be available to view from 7.30pm until 11pm, with shows every half hour.

On Briggate, Pulse, a spectacular circus-themed show, has been specially-commissioned, with street entertainer Matt Barnard leading a team of aerial performance artists.

Leeds City Museum’s Broderick Hall will also be hosting Fit Motion Graphics' 3D DJ, which will use projection mapping to give the illusion of depth and movement and give visitors a chance to have a go at DJ’ing with a difference.

Events will be held in 35 locations across the city centre, with other new venues including The Tetley, the Queens Hotel and Kirkgate Market.

“Light Night Leeds is like no other night of the year and it has become one of the absolute stand-out events in the city’s cultural calendar.

“Leeds is always lively at night, but on Light Night the feeling of togetherness and community across the city centre is something really special and while taking in the spectacular displays and installations, there’s a unique sense of cultural engagement, shared experience and local pride.

“Add to this the fact that in The British Art Show we will be welcoming one of the world’s biggest and most prestigious arts events to our city, and this year’s Light Night Leeds will also be a huge statement of intent about our credentials as European Capital of Culture 2023.”

All events at Light Night Leeds are free, with a free hop-on, hop-off Light Night Rider from 7pm until 11pm taking a circular journey around the city every 15 minutes, stopping in each of the zones.

Some events may require booking in advance. For more information or to download a brochure, visit lightnightleeds.co.uk

Organised by Leeds City Council, Light Night Leeds is also funded by the Arts Council with further contributions from the Leeds BID. 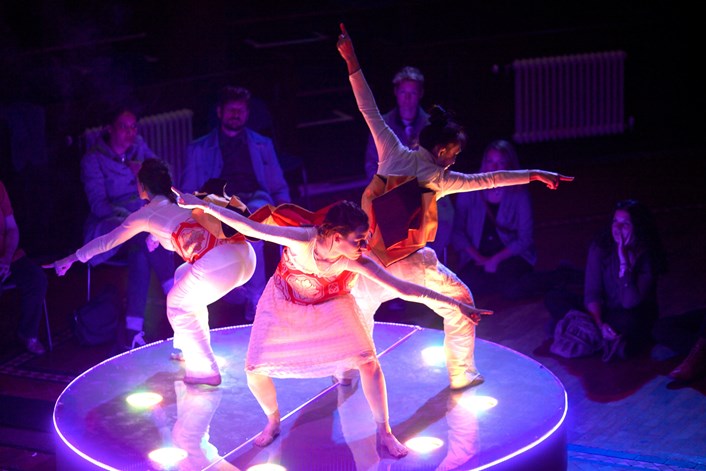