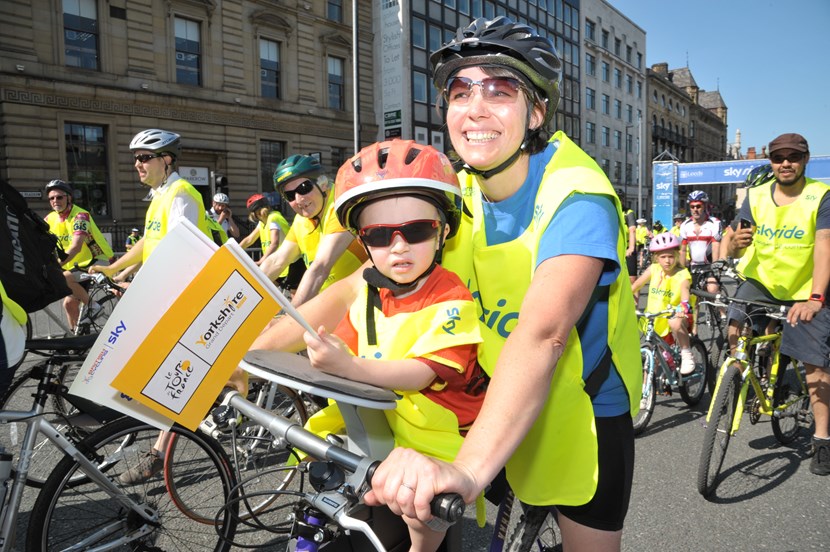 Sky Ride is now only days away and Leeds is saddling up for a wheelie spectacular day.

Team Sky rider Xabi Zandio will be on-hand to officially open the mass-participation bike ride, which is now in its third year, on Sunday 14 June at 10am.

Zandio was part of Team Sky for the Tour de France 2014, which of course began in Leeds with the “Grandest of Grand Départs”.

Thornhill is a double world champion, with pilot Rachel James and a double Commonwealth gold medallist, with pilot Helen Scott in the tandem sprint and 1km time trial events.

She recently retained her world champion title in both the kilometre and sprint events at the 2015 UCI Para-cycling Track World Championships in Apeldoorn, with pilot Helen Scott.

All media are invited to the opening of Sky Ride Leeds Sunday 14 June from 9:45am on The Headrow where Sarah Thornill and Xabi Zandio will be starting proceeding alongside Leader of Leeds City Council Cllr Judith Blake, as well as Cllr Roger Harington and Lord Mayor Cllr Judith Chapman. Please call the press office on 07891274102 to notify of your attendance.

Registration for Sky Ride is still open at www.goskyride.com/leedsskyride and people are being encouraged to sign up before the free event to claim a free bike check-up worth £14.99.

The event not only sees a 6.5km traffic-free cycle course laid out across the city but also features stalls, entertainment; DJs and more creating a vibrant festival feel from the city centre to Woodhouse Moor and on to Leeds University.

For those not jumping on a bike there is plenty to get involved with thanks to the return of the “Tricks and Tunes” area featuring top DJs as well as pro BMX and mountain bikers performing incredible stunts. The Big Air Bag is also back allowing members of the public to launch themselves from a take off ramp and land safely on a giant inflatable stunt mat.

Riders can look forward to starting from the same point, on The Headrow, as cycling legends during last summer’s Grand Départ. They will also pass iconic city landmarks from Leeds University to the town hall and First Direct Arena.

Riders can challenge family and friends in the Sprint Zone, experience the sensory tunnel and find out more about cycling opportunities in Leeds. Bike experts at Halfords are offering a free bike safety check to everyone who registers and will be on hand to help out with any last minute problems.

Previous years have proved to be very successful attracting more than 8,500 people of all ages and abilities, with many more lining the streets to cheer along friends, relatives and loved ones.

Since the partnership was first formed, the number of cyclists jumping on their bikes in Leeds once a week has increased by more than 57 per cent.

The event is one of 15 to be held nationally and is part of a continuing partnership between Leeds City Council, British Cycling, Sky and the West Yorkshire Combined Authority which aims to encourage more people to get cycling.In addition to the mass-participation Sky Ride event, a series of free, fun, guided Sky Ride Local and women-only Breeze bike rides will also be taking place around Leeds this summer for cyclists of all abilities.For more information on Sky Ride Local, Breeze and to register for Sky Ride Leeds go to www.goskyride.com/leedsskyride 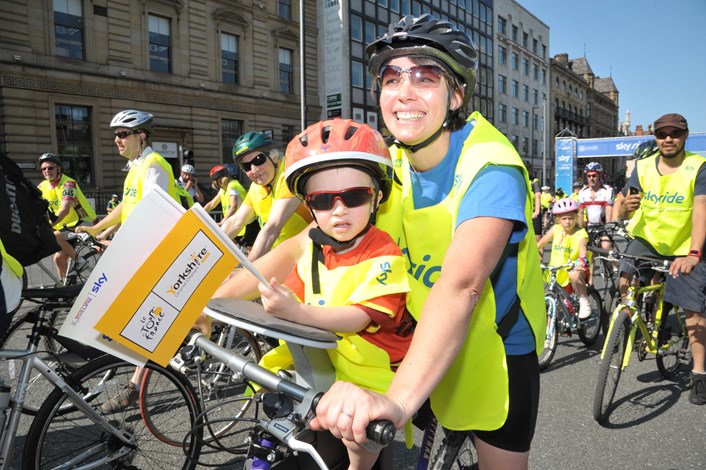