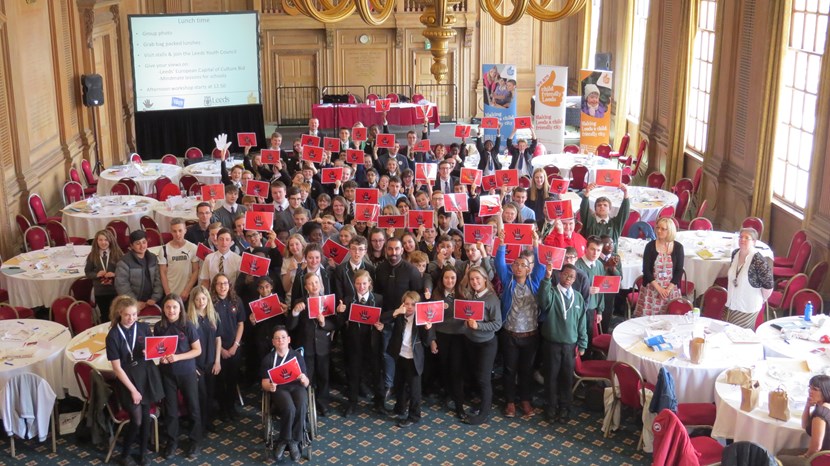 Leeds youngsters voice their views on discrimination at youth summit

Young people from across Leeds shared their views on discrimination and how to tackle it at the Leeds Youth Voice Summit for Schools this week.

This event was part of a series of events to support the UK Youth Parliament national campaign “tackling racial and religious discrimination”.

Following a successful summit held earlier in the year for Leeds youth groups, 200 students, councillors and council officers joined forces this week to discuss how the city should work together to tackle discrimination.

The summit, organised by Leeds City Council, brought together students from across the city with key influencers and decision makers to progress a campaign instigated by the UK Youth Parliament – of which, four members are from Leeds.

The Youth Voice Summit for Schools created a platform to help reduce discrimination in all its forms within schools and local communities, which supports the “Don’t Hate Educate” campaign.

As well as working alongside students from other schools, they also had the opportunity to develop their ideas with leaders in equality and children’s services from across the council and members of the council’s executive board.

They also took part in workshops with Stop Hate UK to learn about different forms of discrimination and how to tackle it in their own school and community. The students worked with senior leaders and elected members to explore their ideas which included creating a music video around discrimination, cultural festivals / events and street campaigning.

Everyone attending the summit made pledge on how they will plan to use their learning to help tackle discrimination.

“This summit was a great opportunity for young people to explore how to tackle discrimination in their own lives as well as influencing local equality policies.

“As part of our child friendly ambitions we want to give young people a voice and this summit gave them the opportunity to share their views and ideas with city decision makers.

“By attending the summit the young people were also able to learn about local youth democracy and find out how to get involved in Leeds Youth Council.”

For more information about the youth voice summits or joining the Leeds Youth Council contact the Voice and Influence Team at vic@leeds.gov.uk or visit our webpage www.breezeleeds.org/haveyoursay 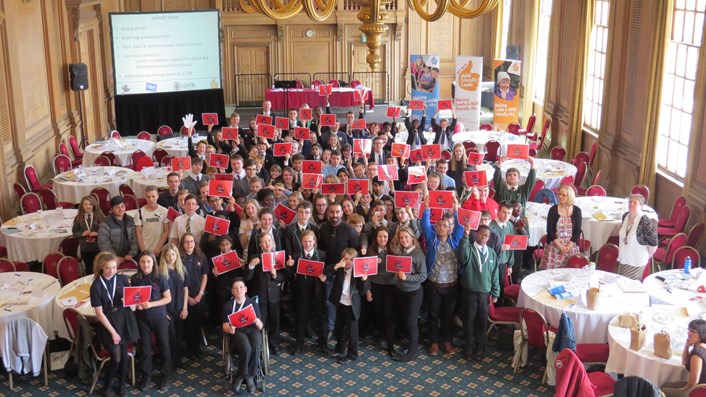