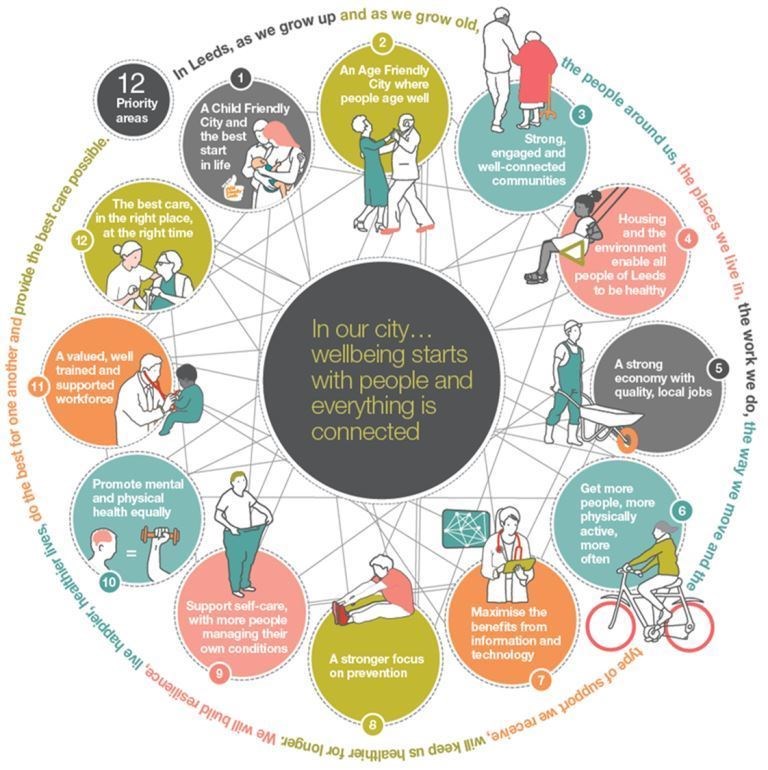 With Leeds rated as one of the best cities for health and wellbeing, on Tuesday 17 July it will host a major conference looking at how healthy populations can be sustained in a world where for the first time ever, most people now live in cities*.

The Healthy Cities conference, organised by leading health and care research charity, The King’s Fund, with the Leeds Health and Wellbeing Board, will include speakers from Mexico City, New York, London and Manchester.

From tackling diabetes in Leicester, increasing life expectancy in Barking, to embedding public health in urban planning and local health service decision-making in Leeds, the event will examine how cities are responding to the challenge of helping people living in densely populated urban areas be healthy and happy.

Leeds was invited to host the conference after being ranked top of the eight core cities in England for wellbeing by the What Works Centre for Wellbeing earlier this year.

The city has a population of over 780,000; it is the third largest city after Birmingham and the capital and is ranked largest economic center in the UK after London. Leeds is home to NHS England’s headquarters, NHS Digital and one of the largest teaching hospitals in Europe.

The city is a major hub for health innovation, with 22 percent of all digital health jobs in the UK being based here. Leeds is also reported as being one of the least stressful cities to live in!**

The conference will focus on the issues believed to have the most positive impact on health and wellbeing, including:

“Leeds people are famous for their no-nonsense manner and that’s the approach we have taken to developing effective decision-making around some of the most important issues affecting our city – economy, housing, transport, health and social care, all of which affect people’s health and wellbeing.

“We know our people are our best assets and I’m proud to champion Leeds’ vision to be a compassionate city with a strong economy working tirelessly to improve the health of the poorest the fastest.”

Cllr Rebecca Charlwood, chair of the Leeds Health and Wellbeing Board said:

“If we were to engineer the perfect city, we know the environment around us would promote health, with everyone being able to live in well-connected communities with access to good housing, transport, green space and leisure opportunities.

“Here in Leeds we believe health and wellbeing is about more than those services provided by the council and the NHS. It’s about investing in community assets which help connect people to their community, tackle loneliness and promote independence and improve their quality of life.” 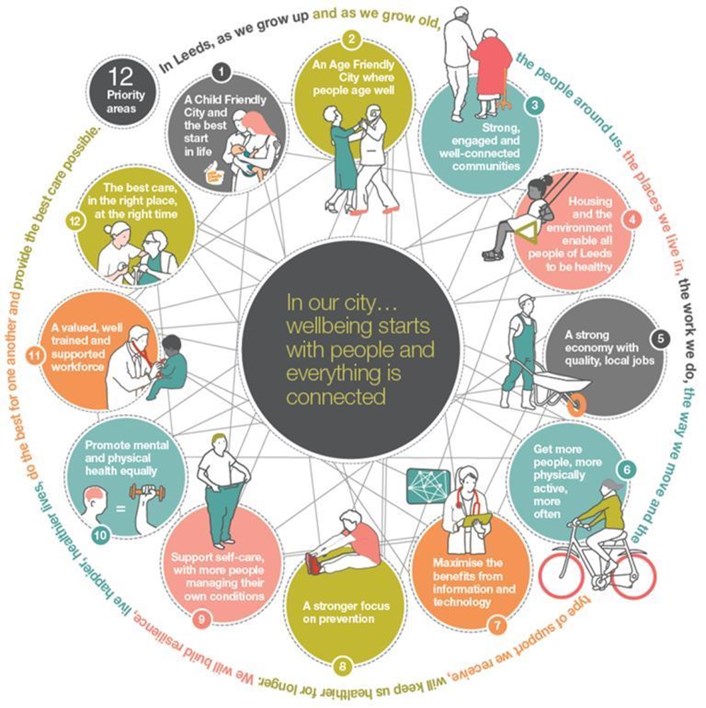