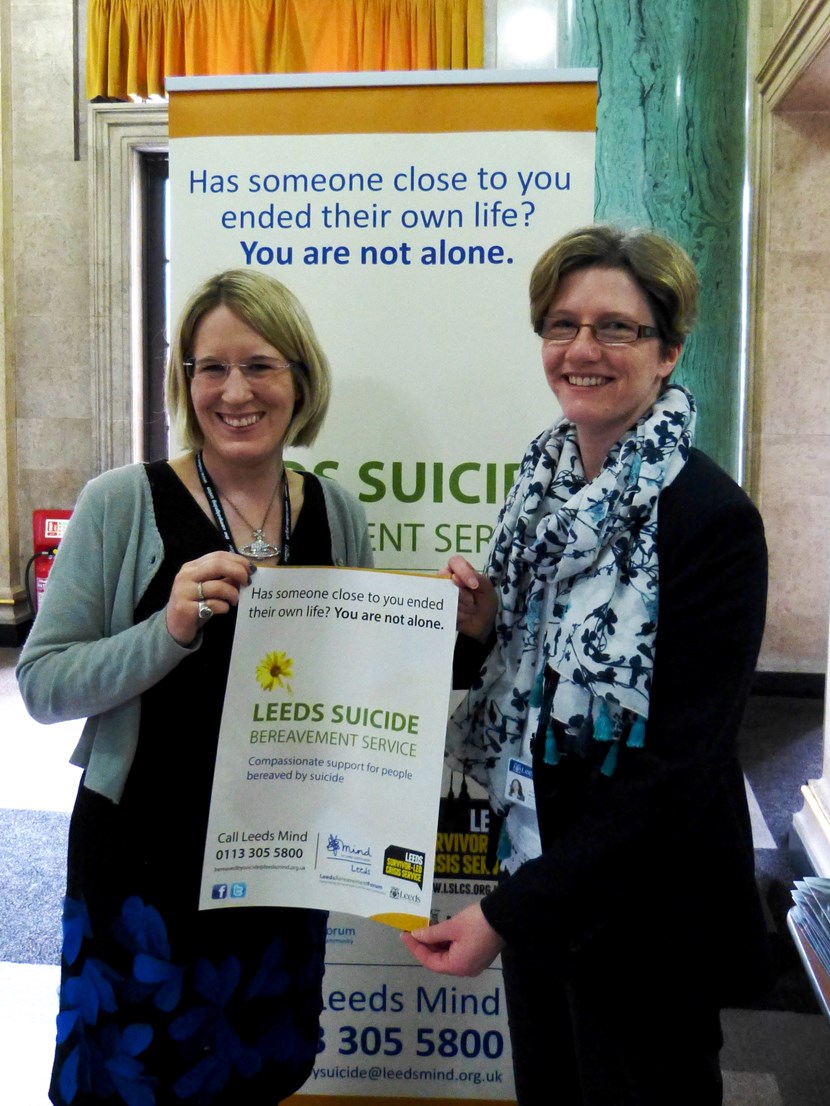 Leeds takes a lead in supporting those affected by suicide

Leeds City Council has made support for those bereaved by suicide a priority area as part of a strategy to prevent suicide and other adverse health consequences. The council-backed service will be delivered by charities Leeds Mind, Leeds Survivor Led Crisis Service and supported by Leeds Bereavement Forum.

“We knew the city had no specialist provision for suicide survivors and their families and friends and this could mean an inconsistent response to people needing help and support. Using advice from experts and people with personal experience of the impact of suicide, we are supporting this excellent new service, as it aims to provide targeted help for people who need it.”

“LSBS will provide support for those bereaved by suicide in the city which will include outreach work and ‘postvention’, which is intervention conducted after a suicide, largely taking the form of support for the bereaved (family, friends, professionals and peers), who may be at increased risk of suicide themselves. I’m delighted that Leeds City Council have been able to support us and we look forward to making a positive difference to people’s lives by offering support at difficult times.”

Postvention is an evidence-based approach with over 40 years of history. It is aimed at alleviating the after effects of suicide and attempted suicide and helping survivors to cope with the loss they have experienced.

LSBS will set up, develop, deliver and run drop in and peer support groups in Leeds. The postvention service will include active interventions including contacting families post bereavement and making them aware of the support available.

Anyone can contact the service and the links between LSBS and other health and care services will mean that support can be offered in the most effective way possible.

To find out more about the service please email bereavedbysuicide@leedsmind.org.uk

Initial drop-in sessions for the new service will be run at the following venues/times:

Thursday 17th of September, between 6pm and 8pm at

Monday 12th of October, between 7pm and 8pm at Kentmere

Thurs 12th of November, between 6pm and 8pm at Cross Gates

Tuesday 8th of December, between 6pm and 8pm at St Matthews 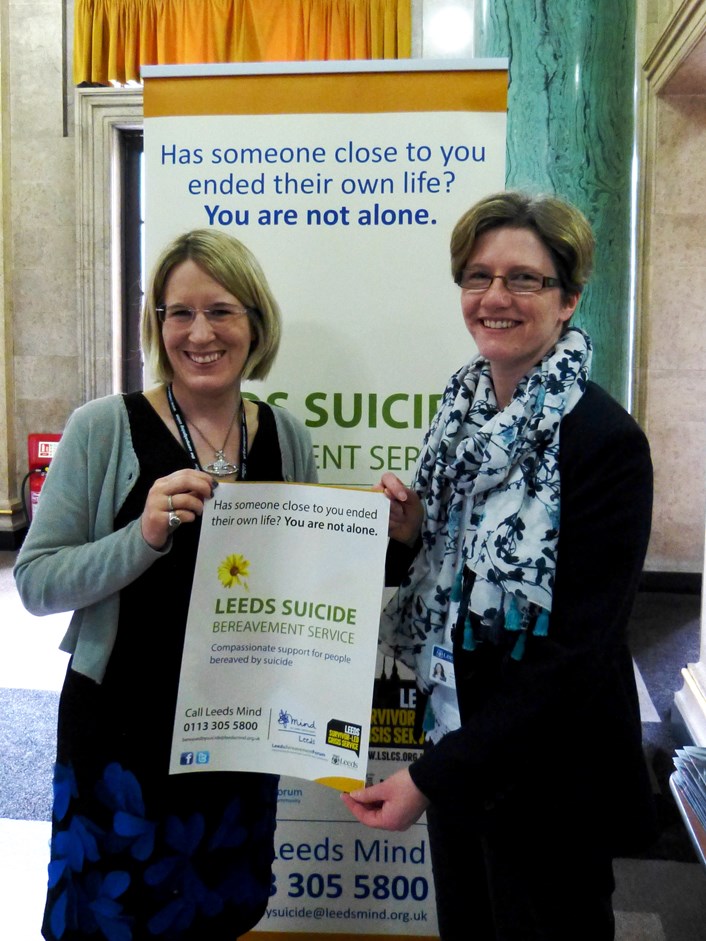