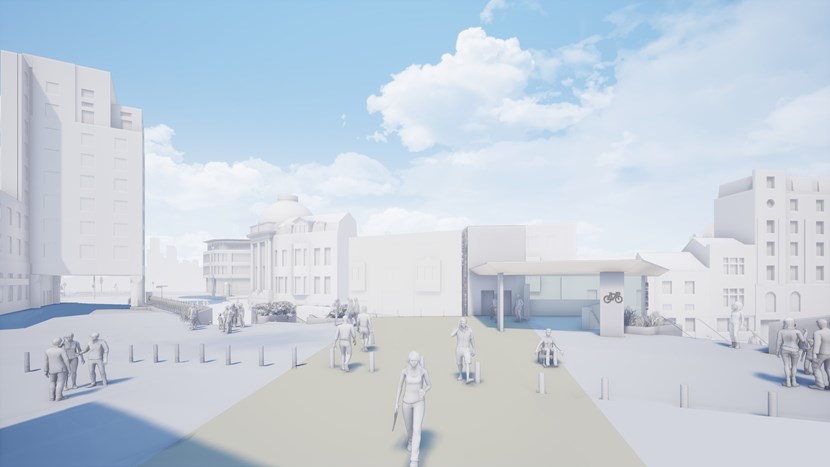 Leeds City Council and West Yorkshire Combined Authority are asking commuters, businesses and residents for their views on proposed improvements to the main entrance to Leeds City Station and the surrounding area.

The West Yorkshire Combined Authority and Leeds City Council has submitted a bid to the Department for Transport’s Transforming Cities Fund for £39.5 million to support the ‘Sustainable Travel Gateway’ project, which would transform the Station’s main entrance and the surrounding area. This is part of a wider bid from partners across the Leeds City Region for up to £480 million.

If the bid is successful the Council and the Combined Authority will work with Network Rail to deliver the proposed works, which would significantly improve accessibility for pedestrians and cyclists. The improvements would also make it much easier for people using wheelchairs or pushchairs, and people with mobility issues, to move between the Station and the surrounding areas.

Removing heavy traffic from outside the station will allow pedestrians and cyclists to travel directly into the city centre with ease. The installation of two passenger lifts will provide further options for step-free access from Bishopgate to the station entrance, instead of having to use the rear and side entrance which are the only current level-access options. This would be a significant improvement for people using wheelchairs or pushchairs.

The Council intends to submit a planning application for the works in early March, with an announcement on the Transforming Cities Fund bid due later that month.

If Planning Permission is granted and funding is secured, the works are likely to start later this year.

The works form part of the Leeds Integrated Station Masterplan – the Council’s vision to transform the Station into a world class hub at the heart of the UK’s rail network, accommodating current and future demand for rail travel and acting as a catalyst for wider regeneration in the south of the city centre.

“We are encouraging people to give their views on this proposal, which would create a welcoming and inviting gateway to Leeds for pedestrians and cyclists who use the Station and the surrounding area, and enhance its key role in the rail network across the North of England.

“If approved, the improvements will play a valuable role in supporting the growth of the city’s economy, helping to more effectively link the Station with the South Bank and the investment and job opportunities which will be created as we continue its regeneration.

“Along with offering a much better experience for all who currently use the station, the proposed works will complement and help to manage capacity issues and growing passenger demand, which will rise even further as we prepare to welcome major rail infrastructure improvements.”

“The works will be an extremely positive step in encouraging people to change to more sustainable and active methods of travel to and from Leeds Station, such as walking and cycling.

“Reducing reliance on other modes of transport will also help reduce carbon emissions and support our efforts to tackle the climate emergency.

“It is important that we receive the views of as many people and businesses as possible so we can use these to help shape the works for the benefit of all who use the Station.”

“As one of the main gateways to the region and Yorkshire, we are pleased to support the proposed works at Leeds City Station, and the opportunity to help transform the way people travel to and from Leeds, and beyond.

“Making it easier for people to choose to travel sustainably and transforming the transport network is at the heart of our Transforming Cities Fund submission, and the huge opportunity a successful bid will bring to the region.”

“The bid for further redevelopment of Leeds City Station’s main entrance area, if successful, would bring lasting benefits to both the public and rail passengers and we support Leeds City Council in turning this vision into a reality. As commuters will have noticed, the entrance-way and façade have already undergone recent modernisation works befitting of the city and we are committed to creating a world-class transport hub that is fit for the future.”

You can share your views via West Yorkshire Combined Authority’s Your Voice webpage: www.yourvoice.westyorks-ca.gov.uk/LCS

Employees from Leeds City Council, WYCA and Network Rail will be available in the Station from 7am to 12pm on Monday 10, Wednesday 12 and Friday 14 February. Separate workshops will be held for local businesses.

You can also email any comments to keytothenorth@leeds.gov.uk 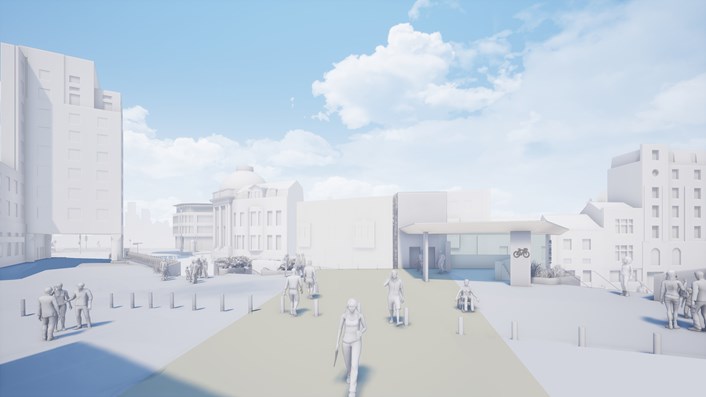